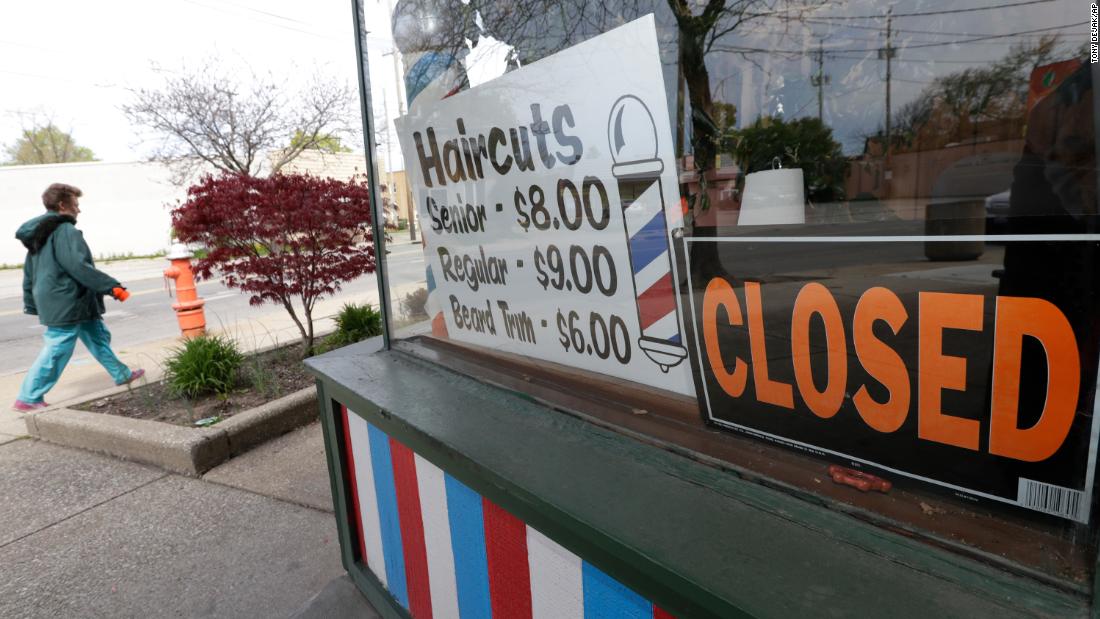 Without those adjustments — which economists use to account for seasonal hiring fluctuations — the raw number was 2.8 million.

That brings the total number of seasonally-adjusted initial claims filed since mid-March to 33.5 million. Initial claims are considered a proxy for layoffs or furloughs, and that level represents about 21% of the March labor force.

These numbers are staggeringly high; weekly jobless claims were hovering in the 200,000s in the last few years before this crisis.

But last week also marked the fifth week in a row that the number of initial claims fell. It peaked at 6.9 million in the last week of March.

Economists say the downward trend is is a good sign that things aren’t getting worse. But still, millions of new claims each week don’t help the brutal overall picture of the job market during this pandemic.

Continued jobless claims, representing workers who filed for a second week of benefits or more, rose to 22.6 million.

Not all claims result in paid benefits. That is in part due to filing mistakes and because not everyone who submits a claim is eligible for unemployment benefits.

In response to the crisis, the government broadened the definition of who is covered by benefits to include contractors, the self-employed and workers in the gig economy. The Department of Labor said that as of last week, all 50 states were paying out those extra benefits — but the agency has yet to release detailed breakdowns of how many claims have come in through that program in each state.

Overall, the past seven weeks of record-high claims, dwarfing the Labor Department’s historical data, paint a clear picture: America’s jobs market is in distress and people are suffering.

On Wednesday, the ADP National Employment Report showed more than 20 million jobs were lost in the United States in April. The Bureau of Labor Statistics’ official jobs report is due on Friday, with economists polled by Refinitiv expecting to see 22 million job losses and an unemployment rate of 16%, the worst layoffs on record.

–This is a developing story. It will be updated