15% Pledge calls on Target, Whole Foods and other retailers to dedicate shelf space to black-owned businesses 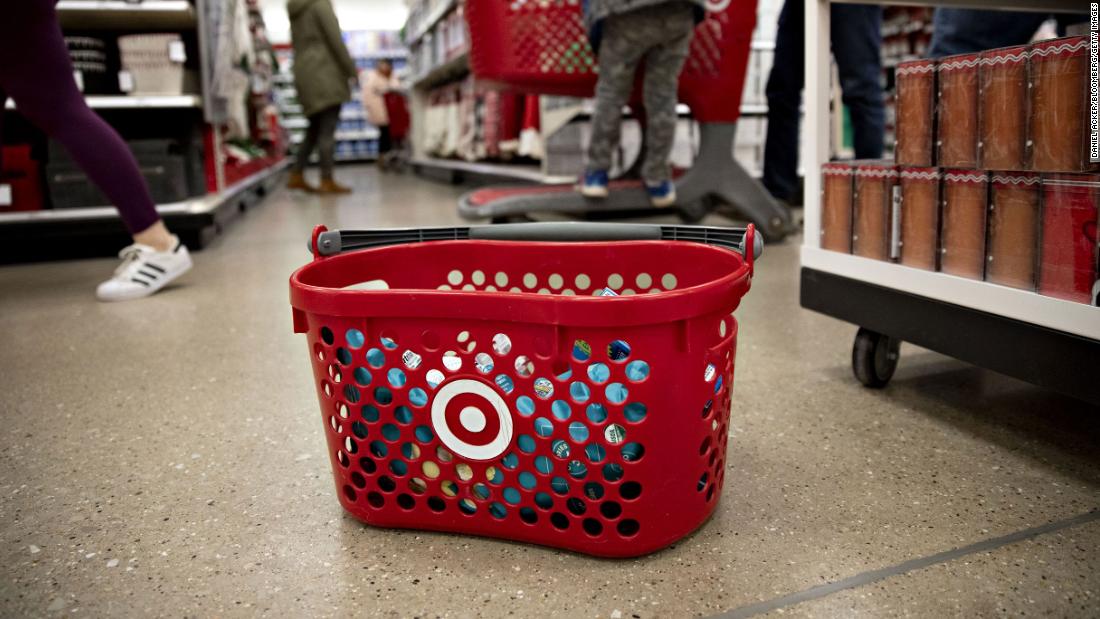 Dozens of major US corporations released statements and made donations last week in light of the protests. But many say that these one-time moves are not enough to address the structural inequality that exists in corporate America.

“Oftentimes there’s a lot of motion but very little action” from companies in response to calls for racial justice, said John Harmon, a member of the US Chamber of Commerce committee tasked with correcting the inequality of opportunity, in an interview with CNN last week. Harmon has proposed a corporate scorecard on racial inequality.

The 15% Pledge website specifically calls on Sephora, Target (TGT), Whole Foods and clothing retailer Shopbop to take the pledge. The four companies did not return requests for comment on how much of their shelf space is currently dedicated to black-owned businesses and whether they would consider taking the pledge.
In a statement posted to Instagram last week, Shopbop said: “The inequitable and brutal treatment of Black people must stop. Shopbop stands in solidarity with the Black community — our employees, our customers, and our partners — in the fight against systemic racism and injustice.”

In an open letter, Sephora CEO Jean-André Rougeot outlined steps the company is taking “to challenge prejudice and bias,” including creating an employee training program “focused on mitigating bias and driving positive behavioral change in all stores.” The company also said it raised more than $1 million for the National Black Justice Coalition through its corporate giving program and by allowing customers to turn rewards points into donations.
Target on Friday announced several steps it is taking, which include making a $10 million donation to organizations including the National Urban League and the African American Leadership Forum. It is also providing 10,000 hours of pro-bono consulting to Twin Cities businesses owned by people of color to help “with rebuilding efforts.”
Amazon, which owns Whole Foods, pledged $10 million to organizations promoting justice and equity, including Black Lives Matter and the NAACP.
While such donation numbers may look large from a consumer’s perspective, the 15% Pledge points out that the commitment in many cases is a small fraction of companies’ total income and executives’ total pay. Target, for example, posted nearly $3.3 billion in net income last year. And the company’s $10 million donation is less than half of the $21.6 million Target CEO Brian Cornell made during the 2019 fiscal year, much of which came from previously issued restricted stock awards.
And beyond corporate donations, the 15% Pledge could put money directly into the hands of black business owners and help build generational wealth in black communities.
“Whole Foods if you were to sign on to this pledge, it could immediately drive support to Black farmers,” James said in an Instagram post. Banks will be forced to take them seriously because they will be walking in with major purchase orders from Whole Foods. Investors for the very first time will start actively seeking them out … Real investment will start happening in black businesses which will subsequently be paid forward into our black communities.”

The pledge asks companies to take stock of how much business they currently give to black-owned businesses and suppliers, to share that information publicly and then to increase that number to 15%.

“The world is now asking you to question the barriers to entry, support systems, hiring practices, assumptions and fundamental prejudices that got you to the numbers that we are asking you to share and change,” an Instagram post from the initiative reads. “Thoughtful and deliberate transparency with your customers and employees is the first and biggest signifier that you are ready to embark on the path of meaningful change.”