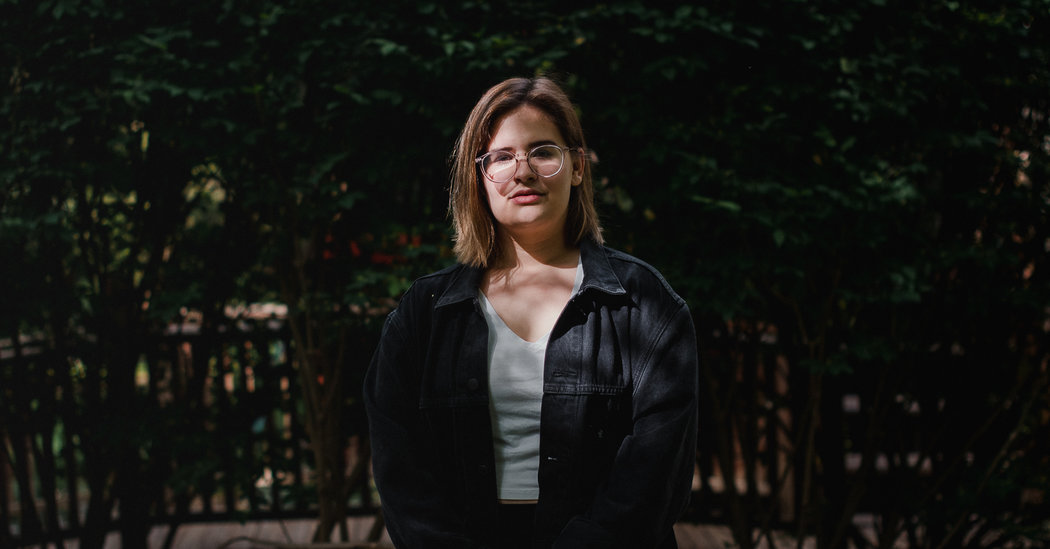 Even as restrictions on businesses began lifting across the United States, another 2.4 million workers filed for jobless benefits last week, the government reported Thursday, bringing the total to 38.6 million in nine weeks.

“I hate to say it, but this is going to take longer and look grimmer than we thought,” Nicholas Bloom, an economist at Stanford University, said of the path to recovery.

Mr. Bloom, a co-author of an analysis of the coronavirus epidemic’s effects on the labor market, estimates that 42 percent of recent layoffs will result in permanent job loss.

In this case, the economy that comes back is likely to look quite different from the one that closed. If social distancing rules become the new normal, causing thinner crowds in restaurants, theaters and stores, at sports arenas, and on airplanes, then fewer workers will be required.

Large companies already expect more of their workers to continue to work remotely and say they plan to reduce their real estate footprint, which will, in turn, reduce the foot traffic that feeds nearby restaurants, shops, nail salons and other businesses.

Concerns about working in close quarters and too much social interaction could also accelerate the trend toward automation, some economists say.

New jobs, mostly at low wages — as delivery drivers, warehouse workers and cleaners — are being created. But many more jobs will vanish.

In the meantime, the Labor Department’s latest data on unemployment claims, for new filings last week, reflects the shutdown’s continuing damage to the labor force.

“The hemorrhaging has continued,” Torsten Slok, chief economist for Deutsche Bank Securities, said of the mounting job losses. He expects the official jobless rate for May to approach 20 percent, up from the 14.7 percent reported by the Labor Department for April.

A household survey from the Census Bureau released Wednesday suggested that the pain was widespread: 47 percent of adults said they or a member of their household had lost employment income since mid-March. Nearly 40 percent expected the loss to continue over the next four weeks.

In testimony before the Senate on Tuesday, the Federal Reserve chair, Jerome H. Powell, emphasized how devastating prolonged joblessness can be for individual households and for the economy.

“There is clear evidence that when you have a situation where people are unemployed for long periods of time, that can permanently weigh on their careers and their ability to go back to work,” he said.

Emergency relief and expanded unemployment benefits that Congress approved in late March have helped tide households over. Roughly three-quarters of people who are eligible for a $1,200 stimulus payment from the federal government have received it, according to the Treasury Department.

Workers who have successfully applied for unemployment benefits are getting the extra $600 weekly supplement from the federal government, and most states have begun to carry out the Pandemic Unemployment Assistance program, which extends benefits to freelancers, self-employed workers and others who don’t routinely qualify.

Many states are still struggling to keep up with the overwhelming demand, however, drawing desperate complaints from jobless workers who have been waiting two months or more to receive their first benefit check. Indiana, Wyoming, Hawaii and Missouri are among the states with large backlogs of incompletely processed claims. Another is Kentucky, where nearly one in three workers are unemployed.

Sami Adamson, a freelance scenic artist for theater, events and television shows, received the letter with her login credentials to collect benefits from New Jersey only Monday, more than two months after she first applied.

She said her partner, who is in the same line of work, had filed for jobless benefits in New York and quickly received his payments.

By the time she heard from New Jersey, a design studio had called her for a temporary assignment. She plans to eventually reclaim the lost weeks of benefits, but for now she is helping to make face shields in a large warehouse where assembly-line workers are spaced apart, handling plastic, foam and elastic.

“I don’t think I’ll need aid for the next two or three weeks,” Ms. Adamson said, “but I’m not sure too far ahead of that.”

Nearly half of the states have yet to provide the additional 13 weeks of unemployment insurance that the federal government has promised to those who exhausted their state benefits. Workers in Florida — which provides just 12 weeks of benefits, the fewest anywhere — are particularly feeling this pinch. And while several states, including those that pay the average of 26 weeks, have offered additional weeks of coverage during the pandemic, Florida has not.

Small-business owners who were hoping the Paycheck Protection Program would enable them to keep their workers on the payroll contend the program is not operating as intended.

Roy Surdej, who owns Peaches Boutique in Chicago, applied for a loan after he was forced to close and the pandemic eliminated the season’s wave of proms, quinceañeras and graduation celebrations were canceled.

Under the program, the loan turns into a grant if he rehires the 100-person staff he had built up in February in anticipation of selling thousands of ruffled, sequined and strappy dresses during the spring rush. But he said that would be impossible, given the income he had lost and the restrictions that continue to pre-empt social gatherings.

“No way can I qualify for full forgiveness,” said Mr. Surdej, who said revenue had dried up. “It’s devastating for us,” he added, saying he had no clue when he would be able to reopen and begin rehiring. “If the government can’t adjust the dates to allow us to use it properly so we can survive, then I won’t use it.”

At the same time, the Congressional Budget Office warned that businesses able to use the Paycheck Protection Program might end up laying off workers when the program expires at the end of June.

Several states have warned workers that they risk losing their benefits if they refuse an offer to work. Federal rules enacted during the pandemic say that workers are not compelled to return to unsafe working conditions, but just what constitutes such conditions is not necessarily clear.

On Tuesday, Democratic senators sent a letter to Labor Secretary Eugene Scalia to “clarify the circumstances” so that workers are not “forced to choose between going back to work in unsafe conditions, or continuing to social distance and losing their only source of income.”

Workers with child care responsibilities can stay on unemployment if public schools are closed, but once the term ends, a lack of day care or summer programs is not considered a legitimate reason. Nor are self-imposed quarantines.

Officials can lift stay-at-home and business restrictions, but then what happens? “There are lingering concerns about health, family situations, kids not in school, relatives who are sick and needing care,” said Carl Tannenbaum, chief economist at Northern Trust. “There’s going to be a very slow and gradual process of reopening and restoring employment beyond just a declaration from the statehouse or the county seat.”