2 Sidelined Pittsburgh Journalists React: One Quits; the Other Sues 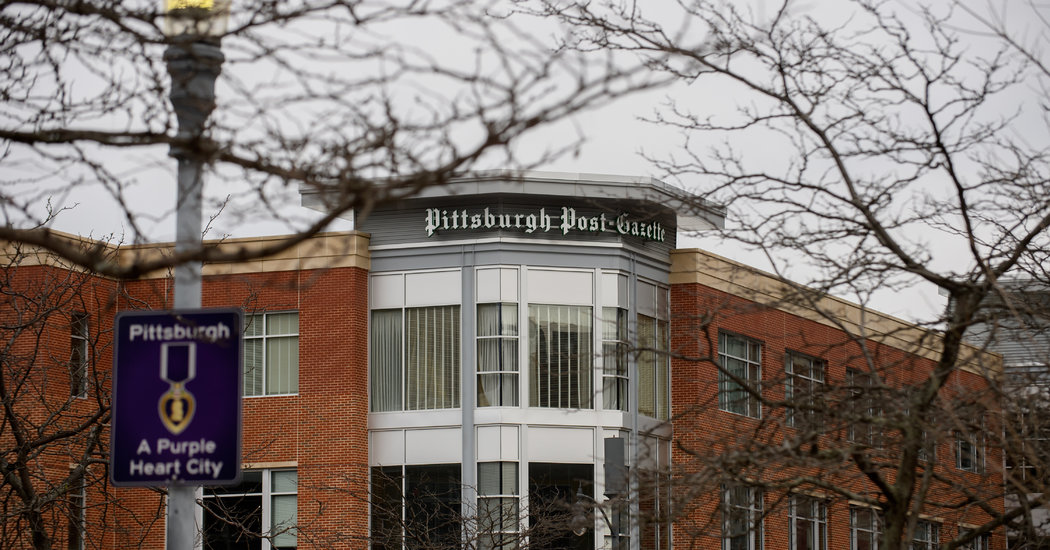 The two black journalists at The Pittsburgh Post-Gazette who told The New York Times that their bosses had unfairly kept them from covering protests against racism and police violence have taken steps to redress their complaints.

Michael Santiago, a Pulitzer Prize-winning photojournalist, left the paper. And Alexis Johnson, a reporter, sued it.

“I didn’t see them trying to find a way to alleviate the situation at all,” Mr. Santiago said in an interview. “I just can’t work for a place that does this.” On Twitter on Sunday, he said he had accepted a buyout that The Post-Gazette offered employees last month.

In a lawsuit filed in federal court in Pennsylvania on Tuesday, Ms. Johnson accused the paper of retaliation and racial discrimination.

At the center of the suit is a satirical tweet she posted May 31 mocking the idea that protesters in Pittsburgh were looters.

Ms. Johnson’s tweet included photographs of a trash-filled parking lot in Pittsburgh after concerts by a white country singer. “Horrifying scenes and aftermath from selfish LOOTERS who don’t care about this city!!!!!” she wrote. “…. oh wait sorry. No, these are pictures from a Kenny Chesney concert tailgate.”

The next day, Ms. Johnson proposed several stories related to the demonstrations, she said in the suit. The paper’s managing editor told her that she had shown bias, the suit said, and would not be assigned to cover the protests prompted by the killing of George Floyd, who died last month in Minneapolis after a white police officer pinned him to the ground.

Ms. Johnson’s suit claims that white Post-Gazette reporters who had publicly expressed opinions on events they were covering were not kept from reporting on them.

The Post-Gazette did not immediately respond to a request for comment.

In a column published last Wednesday, Keith C. Burris, the top editor of The Post-Gazette, denied any discrimination, saying the editors “did not single out two people and keep them from covering local protests because they were black.”

He added: “When you announce an opinion about a person or story you are reporting on you compromise your reporting. And your editor may take you off the story.”

Mr. Santiago, the photojournalist, said he had been taken away from protest coverage after he posted tweets in support of Ms. Johnson. On June 6, he criticized The Post-Gazette on Twitter, saying it had chosen to “silence” two black journalists “during one of the most important civil rights stories that is happening across our country!”