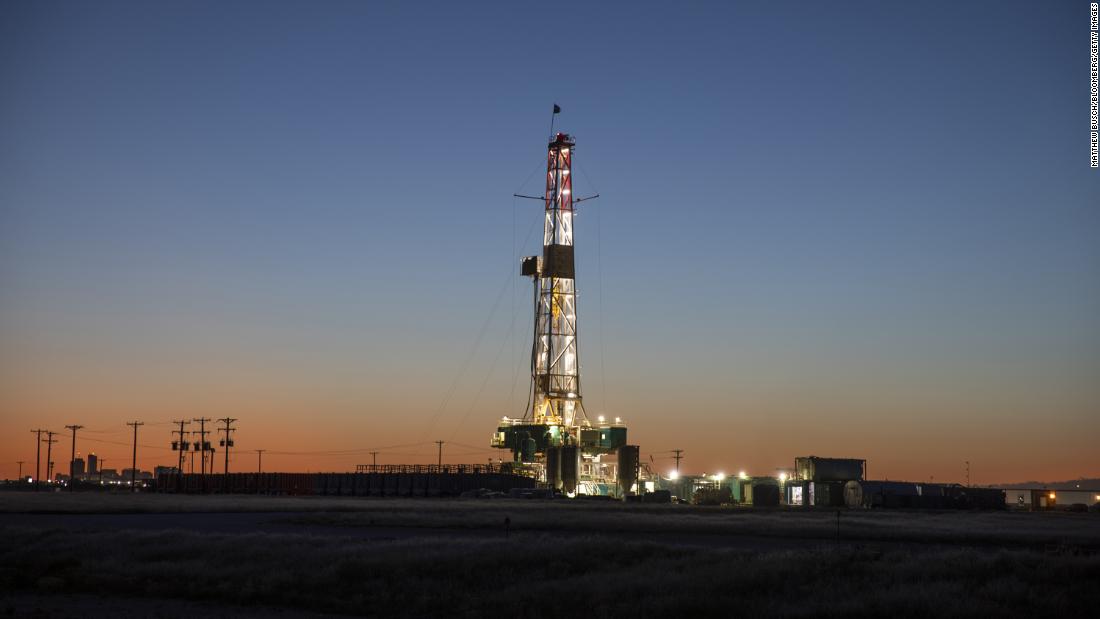 And now muted crude prices, massive piles of debt and capital flight away from fossil fuels threaten to set off a tidal wave of bankruptcies and fire sales to larger players.

About 30% of US shale operators are technically insolvent at $35-a-barrel oil prices, according to a study released Monday by Deloitte. That means the discounted future value of these frackers is lower than their total debt.

By that same metric, about half of the US shale industry is technically insolvent at $20 per barrel. Crude breached that extremely low threshold in April, when US oil briefly crashed below zero to negative $40 a barrel. Oil has since rebounded to around $40 a barrel.

“Beneath this phenomenal growth, the reality is that the shale boom peaked without making money for the industry,” the report said.

Outside of the companies that are technically insolvent, 20% of US shale oil operators are financially “stressed” at $35 oil, Deloitte found.

Frackers have burned through $300 billion

Yet earnings and free cash flow proved elusive. The US shale industry burned through $300 billion since 2010, according to Deloitte.

The ongoing recession and subdued energy prices are now forcing large and small oil companies to slash the value of their once-lucrative portfolios.

Last week, BP (BP) warned it will write down the value of its assets, including untapped oil and gas reserves, by up to $17.5 billion. That is about 6% of the company’s assets.
ExxonMobil (XOM) took a $2.9 billion charge linked to writedowns during the first quarter, causing the company’s first quarterly loss since at least 1999.

Those writedowns from Big Oil could just be the beginning. Deloitte says that the shale industry also will be forced to write down the value of their assets by as much as $300 billion, according to Deloitte.

And while these asset impairments don’t directly impact a company’s cash levels, they do worsen already-precarious leverage metrics. That’s because writedowns don’t wipe out the debt accumulated to develop drilling projects.

Fracking trailblazer could go bankrupt next

With the coming wave of writedowns, the US shale industry’s leverage ratio could spike to 54% from 40%, according Deloitte, potentially triggering “many negative sequences of events, including bankruptcy.”

Already this year, 18 oil-and-gas companies have defaulted on their debt, compared to 20 for all of last year, according to S&P Global Ratings.

A dozen of those energy defaults were by companies based in the United States, including former shale star Whiting Petroleum (WLL) and offshore drilling company Diamond Offshore (DO).
Chesapeake Energy (CHK), a pioneer of the fracking industry, could well be next.
The oil-and-gas company has been in financial trouble for years, but the pandemic may tip it over the edge. Last week, Chesapeake skipped interest payments of $13.5 million, according SEC filings. The company has a 30-day grace period before it is considered to have defaulted.
“Imminent” bankruptcies from Chesapeake Energy as well as California Resources (CRC) will lift the energy sector’s high-yield default rate to 14%, according to Fitch Ratings. The sector’s junk bond default rate is expected to finish 2020 at 17%, Fitch said. That’s just shy of the record of 19.7% set in January 2017.

The financial stress could set off a series of last-minute mergers by oil companies unable to pay or refinance their debt.

Chevron (CVX) and ExxonMobil, the two largest US oil companies, have the financial resources to scoop up distressed shale companies. But there might not be much to rescue.

Deloitte warns that just 27% of major exploration & production companies are truly “attractive” acquisition targets. “Being ‘adventurous’ in today’s uncertain environment could be fatal,” the report said, adding that half of the drilling companies are risky bets.

“The key question is what to buy and, more importantly, what not to buy,” Deloitte wrote.

Last year, Occidental Petroleum (OXY) won a bidding war against Chevron to acquire shale driller Anadarko Petroleum. But now Occidental, which is backed by Warren Buffett and Carl Icahn, is struggling to pay down the debt it piled on to pull off the deal.
Occidental has slashed its dividend from 79 cents a share to just a penny, drastically cut spending and is selling off assets to raise cash.

It won’t get any easier for the US shale industry to attract capital.

Not only are investors leery of plowing more money into an industry with a track record of burning through cash, but climate change concerns are sending cash to cleaner alternatives like solar, wind and electric vehicles.
New York, London and other cities and public institutions have promised to unload their fossil fuel investments. So have dozens of universities around the world.
Even the Vatican is calling on Catholics and the private sector to divest from fossil fuel companies and others that fuel climate change.

At the same time, there remains great uncertainty about how quickly the world economy will bounce back from the deep recession.

Given the rise of remote working and drop in air travel, it could take considerable time for oil demand to return to pre-crisis levels — if it ever does.