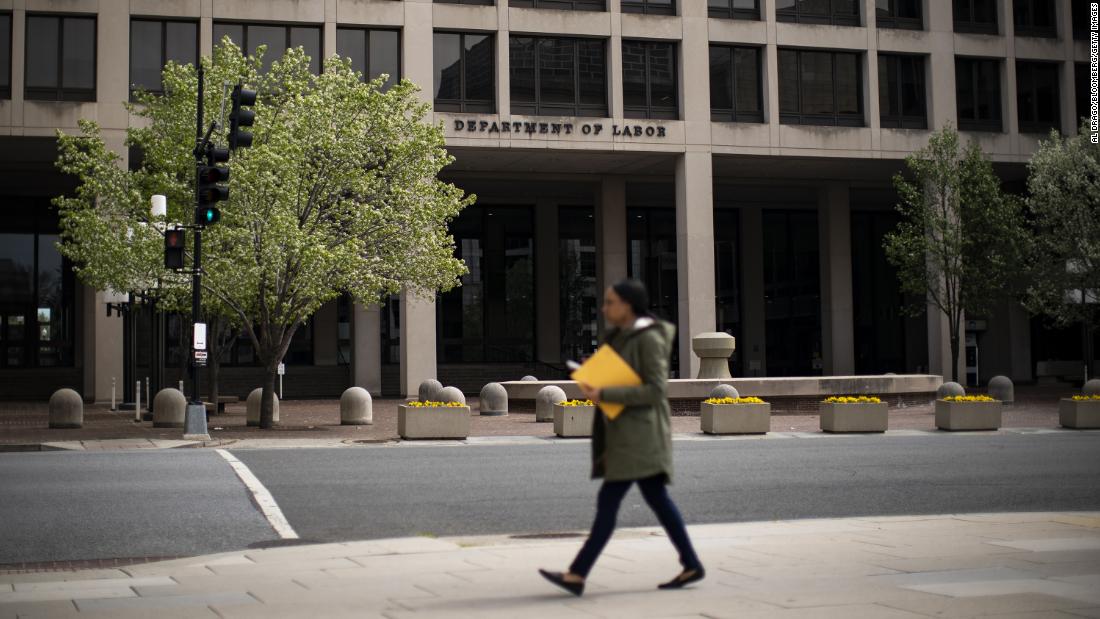 Millions of American workers are already in the unemployment abyss, but for those still working, or who might return to work, business leaders should take note: How a company handles the people it lets go is noticed by employees, as well as by customers and partners. And a failure to prioritize worker concerns could cause a further deterioration in trust in the business while also prolonging the crisis by neglecting the health of families and the economy.

To care for the workforce and avoid further disruption, business leaders should address four priorities.

Safety and cleanliness have shot to the top of workplace concerns.

At a minimum, companies should provide everyone with hand sanitizer and antiseptic wipes, and they can’t let people work if they show any signs of being sick. For those coming to workplaces, companies should make flexible hours the standard for everyone and consider staggering their days on and off.

They should also ask employees for suggestions on how to make the workplace safer and the work more appealing. For example, valuing cleaning crews and letting them innovate can lead to improvements bosses wouldn’t have thought of. Japan’s TESSEI, a company that cleans the nation’s bullet trains, has won acclaim and respect over the years for the speed and thoroughness with which it scrubs trains between stops and its empowered worker teams. The success of US cleaning company ServiceMaster has been attributed to high levels of worker contributions to innovation.
Even gig economy companies — which have long claimed that their workers are merely independent contractors — are catching on to the importance of showing workers that health and safety comes first; Lyft is distributing sanitizing products to drivers, and is joined by Uber in offering sick pay to drivers suffering from the coronavirus.

Stemming financial insecurity must also be a top priority. The value of frontline workers hasn’t yet shown up in their wages. Although some restaurants and groceries offer wages close to the $15 per hour sought by some politicians, when hours are cut, even those wages disappear. For essential health workers, low pay can cause them to jump ship.

Sick pay is essential for all workers; a pandemic is not the time to force employees to work because they can’t afford to forego wages when ill. Hazard pay for higher-risk work, as Senate Democrats have proposed, is a meaningful bonus that companies should offer to give people for coming to risky workplaces at all.

Compassion makes a difference. The best leaders communicate with their workers regularly about unfolding events, consider everyone to be “family” and acknowledge particularly heroic or poignant stories of people going above and beyond to help others while making sacrifices themselves. Recognition can make people feel valued, and also inspire others.

Leaders should inquire about people’s families and offer support based on their circumstances. Pointing them to resources such as educational videos, meditation apps and free online exercise classes can help. Ed-tech startup Caribu, an app that enables remote reading to young children, is working with AT&T, the parent company of CNN Business, to distribute the product without cost.

Companies can also create and manage online communities based on interests or even geographic proximity. For instance, during an earlier financial crisis, when nearly half of IBM’s North American employees worked remotely and morale was low, one executive decided to raise spirits by connecting those who lived near one another and coordinated enjoyable creative activities for them to do together. This type of morale booster could easily be replicated online.

Leaders should look beyond their own company or industry to help deliver essential services. Hospitals and health workers have particular needs, and some big companies are refitting facilities to produce masks instead of apparel or ventilators instead of autos. That’s not enough.

Many businesses have underutilized resources or creative ideas. To help schools implement online learning, for instance, companies could lend idled office computers when white-collar workers are furloughed or are working on home devices.

Those who have lost their jobs might also be put back to work performing other useful tasks, while still receiving their unemployment benefits. Could they offer online training in areas where they have skills? Could they become financial mentors? Could they work as tutors for local schools? When one large bank I worked with was faced with the need for a layoff during an earlier recession, it ran a venture challenge in which some furloughed workers could compete to win an investment in a promising startup business. The winners could begin to develop the startup before the crisis abated.

Partnerships open new opportunities. A consortium of corporate human resource executives is currently working on developing a matching service to help laid off workers find jobs at other companies. During the Great Recession, a group of large companies formed Supplier Connection, a web-based procurement platform that helps small businesses get contracts; this kind of effort can be made simpler and more widely accessible. By joining forces, companies can do more for their workforce or contractors and also ensure a faster recovery.

The COVID-19 crisis should be a wakeup call for compassionate attention to worker needs. Business leaders need to heed the call, or risk facing resentment and its consequences when the economy opens again.