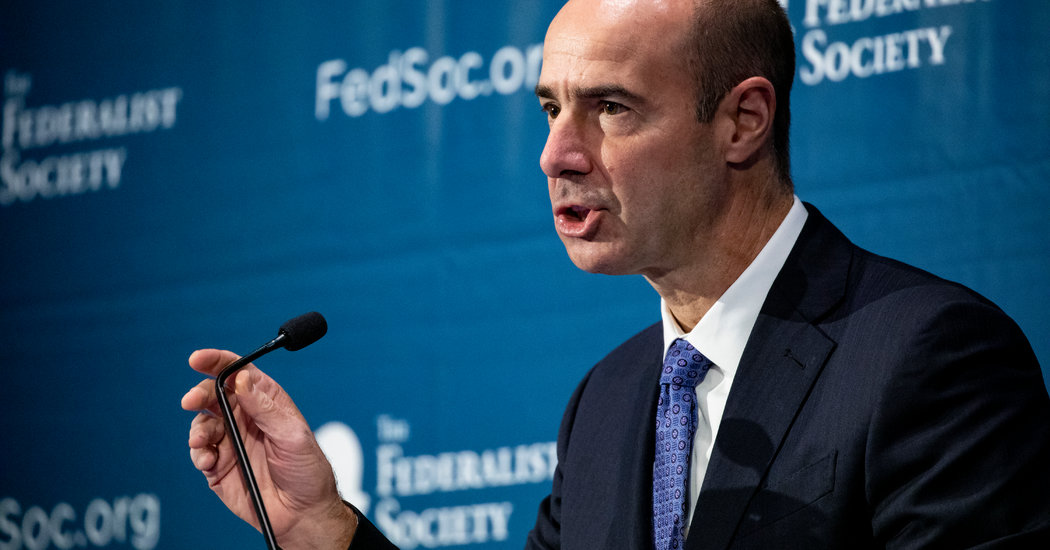 Everyday investors may soon be able to get a piece of private equity action.

The Department of Labor on Wednesday issued a letter that clarifies how, under existing rules, certain retirement plan sponsors, including 401(k)’s, can put money into private equity investments that are usually reserved for the super rich and big institutional investors.

Labor Secretary Eugene Scalia said the new guidance “helps level the playing field for ordinary investors and is another step by the department to ensure that ordinary people investing for retirement have the opportunities they need for a secure retirement.”

But it’s unclear how quickly the managers of big retirement plans will embrace private-equity investments. Vanguard, one of the largest managers of 401(k) plans in the country, declined to comment on the letter. Another major manager, Fidelity, did not respond to a request for comment.

Consumer advocates and some regulators have been wary of giving ordinary investors broader access to investments in businesses that do not adhere to the same disclosure rules as public companies and that could put them at risk.

Even without access to this untapped pool of capital, private equity managers have been able to raise record amounts in recent years. Fund managers in the United States had access to $914 billion as of mid-May, according to the investment data firm Preqin.

Many of those dollars come from wealthy clients, but big pension funds, such as the Texas County and District Retirement System, also put their money into funds managed by private equity firms.

But the move away from traditional pensions and into defined contribution plans means most retail investors don’t have access to those kinds of investments, which proponents say can provide added diversification to an investment portfolio.

“This is a positive step towards helping more Americans gain access to private equity investment,” Drew Maloney, the chief executive of the American Investment Council, which represents the private equity industry, said in a statement.

Private equity investments in new start-ups or in growth businesses can produce high returns. The private equity funds in the top 25 percent for performance earned at least 16.2 percent over the 10 years that ended in September 2018, according to PitchBook.

But that comes with myriad risks.

As the term “private equity” suggests, investments can be opaque. Companies in such portfolios don’t have to disclose as much information as publicly traded businesses. Investors also can’t cash out as easily as they can with public investments. Money is often locked up for eight to 10 years at a time.

And while private equity can score big by investing in the next Facebook, it can also lose money when a company doesn’t get off the ground. According to the same PitchBook data, the bottom 10 percent of funds had negative returns over 10 years.

In November, Andrea Seidt, the Ohio securities commissioner, told the federal Securities and Exchange Commission that a review of 100 enforcement actions over the prior two years — a partial snapshot — showed that more than 1,000 investors had lost in excess of $100 million in private offerings gone wrong.

The private marketplace has become increasingly important as start-ups stay private longer. Also, there are half as many public companies as there were two decades ago, leaving fewer places for everyday investors to store their money.

The Labor Department outlined the new guidance in coordination with the S.E.C. Jay Clayton, the commission’s chairman, said in the statement that the clarification “will provide our long-term Main Street investors with a choice of professionally managed funds that more closely match the diversified public and private market asset allocation strategies.”

The S.E.C. has supported giving smaller investors access to private equity through special investment vehicles that might work like mutual funds. Right now, only accredited investors — those with at least $1 million in assets not including their home, or $200,000 in annual income — can participate in private equity deals.

In December, the agency proposed rules that would relax the accredited investor rules, but it stopped short of figuring out a way to make private equity more widely accessible. The Labor Department’s guidance was a response to Partners Group, a private equity firm with $94 billion in assets under management, and Pantheon Group, which has $49 billion in assets under management and is controlled by Affiliated Managers Group, a publicly listed company that specializes in asset management.

Susan Long McAndrews, a partner at Pantheon, said in a statement that the change was “a critical step toward improving retirement outcomes.”