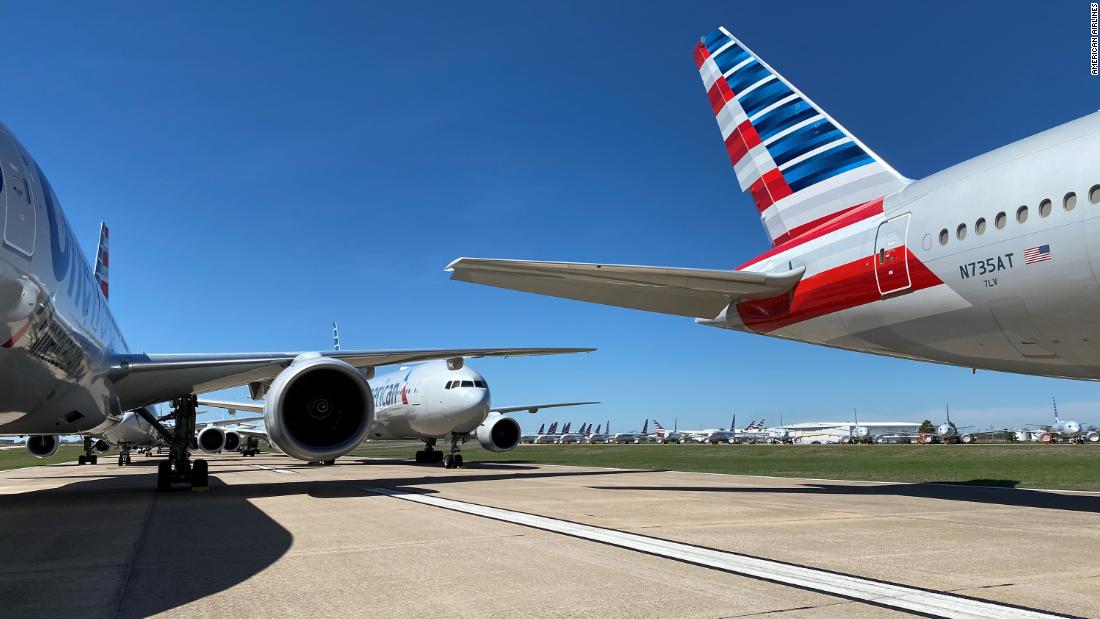 Only passengers can do that.

“We have an airline industry right now that is flying empty planes,” said airline consultant Mike Boyd. “This isn’t going to save the industry unless we get back in business of flying people.”

From April through June of last year alone, US airlines’ revenue totaled $64.4 billion, according to Transportation Department data. But it is getting only a small fraction of that revenue stream right now.

The latest figures from the Transportation Security Administration shows passenger traffic through checkpoints at only 8% of year ago levels as of Thursday. And revenue is off even more than that because fares have also plunged. Bookings for flights in coming weeks and months have also ground to a halt.

Airlines are now cutting their schedules for April and May by 60% to 80% because of the drop in traffic. But the planes still flying won’t have nearly enough passengers to be profitable.

The canceling of flights, along with the grounding of aircraft and employees taking unpaid leave, will help. It cuts fuel costs — the second biggest expense for airlines after wages — and it will also reduce maintenance expense.

But the only thing that will end this crisis is for passengers to begin buying airline tickets, and soon.

“The general assumption is that the rest of the year will not look as grim as the second quarter, but it will be a slow recovery,” said Philip Baggaley, chief credit analyst for the airline industry at Standard and Poor’s. “I think that [recovery] depends a lot on how the disease and the government actions progress, and how bad the economic damage is.”

The Senate’s bailout package, which deals with the economic crisis caused by the coronavirus, will give airlines $25 billion in direct grants as long as they agree not to place any employees on involuntary furloughs or discontinue service at any airports they now serve until at least the end of September. Another $25 billion is available for loan guarantees.

Salaries and benefits cost the US airline $35.2 billion in the six month period from April to September last year. The industry had about 750,000 employees at the start of this year.

The $25 billion in grants won’t cover all of those salary costs, although unpaid leaves, executive pay cuts and reduced hours for unionized employees will reduce those labor costs from year-ago levels.

But the biggest concern is whether traffic will recover to previous levels after the crisis. There’s reason to believe it won’t anytime soon.

No one knows how long the public will be urged to heed warnings to stay inside and avoid unessential travel. Lifted too soon, those restrictions could spark a second round of new cases of the disease and yet more restrictions on activity.

It’s also unclear how much economic damage has been done to consumers’ budgets, or whether they will even be willing to travel in the near term. And some business travel could be curtailed, either because businesses have less to spend on travel, or because the crisis showed companies they needn’t travel as much as they once did.

“It’s going to be a gradual recovery,” said Baggaley. “Airlines will probably be one of the last industries to recover.”

“We’re talking about at least six to eight months down the road before flying starts to resume at anything approaching normal,” said Boyd. “And even then, we’re likely to see a significant reduction. One way or another, we’re going to have a smaller airline industry.”

— CNN’s Alicia Wallace and Greg Wallace contributed to this report