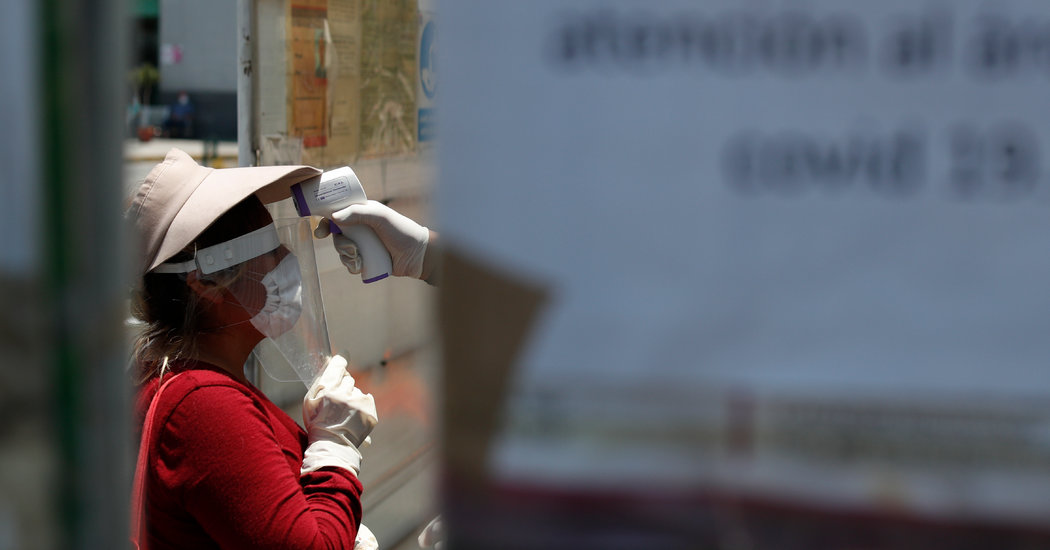 Airports, office buildings, warehouses and restaurant chains are rushing to install new safety measures like fever-scanning cameras and infrared temperature-sensing guns. But the American Civil Liberties Union warned on Tuesday against using the tools to screen people for possible coronavirus symptoms, saying the devices were often inaccurate, ineffective and intrusive.

In a new report, “Temperature Screening and Civil Liberties During an Epidemic,” the A.C.L.U. said that such technologies could give people a false sense of security, potentially leading them to be less vigilant about health measures like wearing masks or social distancing. The group also cautioned that the push for widespread temperature scans during the pandemic could usher in permanent new forms of surveillance and social control.

The organization’s advisory reflects a wider tension in the United States over concerns about reopening the economy at a time when the virus is still spreading undetected in various regions of country.

In particular, the report said that infrared temperature-sensing guns can be unreliable partly because they gauge skin temperature, in contrast to oral thermometers, which calculate core body temperature. The guns provide a superficial measure, the report noted, that can vary if a person is sunburned, is sweating or has just come in from outside.

Similarly, the report said that many free-standing thermal cameras, which gauge a person’s temperature at a distance, can be inaccurate, finicky and may need to be frequently recalibrated.

Even if the temperature-scanning tools were more accurate, however, the A.C.L.U. said they could miss many people who were infected with the coronavirus but not running a fever.

“Nobody should imagine that blanketing our public spaces with thermal sensors is going to serve as any kind of effective automated ‘Covid detection network,’” Jay Stanley, a senior policy analyst with the A.C.L.U., wrote in the report, “or that this technology is likely to contribute significantly to stemming the spread of the virus.”

To meet surging demand from factories, warehouses and office buildings, technology makers haven been rushing to market a range of thermal cameras as coronavirus fever-screening tools. Companies have been encouraged to do so by the Food and Drug Administration. The agency said in April that it would temporarily allow device makers to market thermal cameras, which have not been vetted by federal health regulators, for temperature checks in places like warehouses and factories.

But IPVM, an independent site that tests surveillance cameras, reported this year that numerous makers of temperature scanners had overstated their accuracy or made false claims. Among other things, the site identified systems that automatically adjusted people’s temperatures to put them in the normal range or that failed to detect high fevers. The site also found companies that were marketing heat-sensing tools designed simply to detect the presence of humans, or for fire detection, as fever-screening devices.

“A core issue is there are no independent tests of thermal camera performance,” IPVM said in a recent overview of the technology. “This has allowed manufacturers to tout products meant for body/fire detection as a fever solution, or falsely claim pinpoint accuracy at long distances.”

In its report, the A.C.L.U. recommended that public health experts study the effectiveness of temperature-scanning technologies “to determine if the trade-offs are worth it.” Otherwise, the group said, the fever-screening systems should not be deployed.