A Cheaper Roof Over Your Head During the Pandemic? 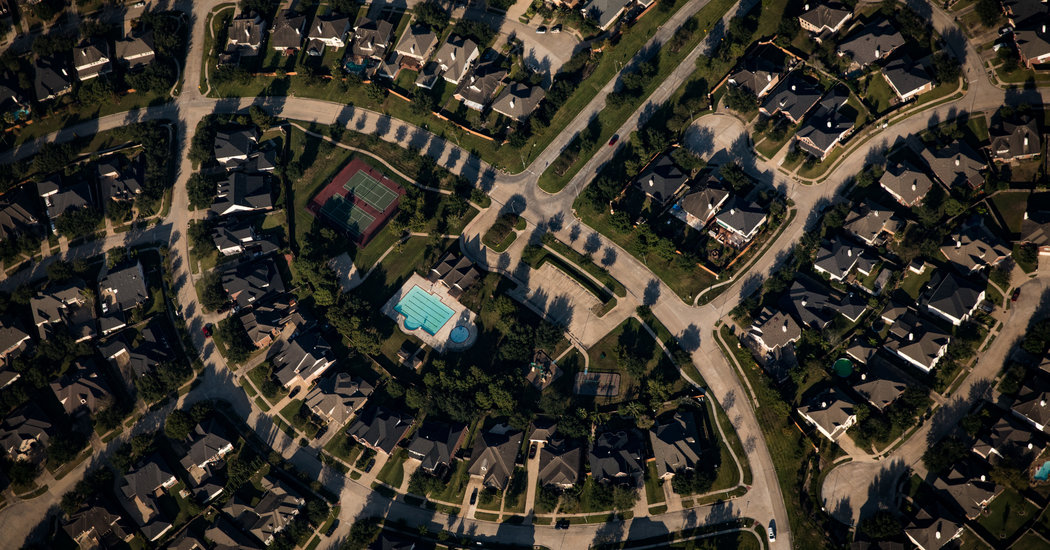 We take for granted that homes are either owned or rented, but that could soon change, and pandemic-driven economic pain could accelerate the process.

Before the pandemic, homeownership was already slipping out of reach for many in America’s expensive coastal cities. Hybrid arrangements have been emerging that occupy a middle ground between owning and renting — trying to combine the advantages of both.

It’s an idea that could bring the benefits of owning a home back within reach, especially for millennials struggling to get on the homeownership ladder.

It’s also an idea that could gain momentum during the pandemic. As economic hardship deepens, investment capital could help desperate homeowners avoid selling their homes while providing investors with the bargain of a century.

But hidden within the idea is a danger: It might work far better early on than in the long run.

Here’s how it works

Instead of just lending people money to buy homes, companies are now co-investing with them — in other words, taking an ownership stake in the home. This can take on many different forms, including offering down payment assistance or providing a substitute for home equity loans.

The underlying principle is the same: A home buyer or existing homeowner receives cash in exchange for a share of the ownership of the home. The co-investor then (1) shares in the home’s rising or falling value (often disproportionately to their ownership), and (2) sometimes requires a flow of monthly payments from the occupant.

For the time being, this arrangement is mostly happening alongside traditional financing of the home. In other words, companies are taking an ownership stake in homes bought with cash or with a mortgage.

But at least one firm, San Francisco-based Haus, is already co-investing most of a home’s value, eliminating the need for a mortgage altogether. It requires monthly payments that can dial up or down the occupant’s ownership share, or keep it steady. And it allows people to roll over the co-investment with new terms at 10-year intervals. (The current practice is to require people to sell or refinance the home after several years so the co-investor can cash out).

Setups in which the occupant never attains full ownership amount to a new way of financing shelter — an owner-renter hybrid. The occupant of the home, without fully owning the property, simultaneously enjoys some of the benefits of homeownership and rental living. Specifically, occupants have some of the security of a homeowner. They need not worry about the landlord’s renewal of the rental contract or about rising rents for an extended period — nor must they come up with funds to ultimately acquire ownership, such as principal payments on a mortgage.

The idea of an owner-renter hybrid isn’t entirely novel. It resembles rent-to-own arrangements, including those of some high-profile new start-ups, as well as some more esoteric financial arrangements for shelter that have cropped up in the past, such as shared appreciation mortgages. In fact, if occupants keep their ownership share steady, it achieves the same end as a very long-term rental contract.

This hybrid also has much in common with rent control. Like rent control, it guarantees a predictable flow of housing costs for the long run and affords the resident protections — from eviction, for example — that provide a degree of permanence.

That’s no coincidence. The recent resurgence of rent control and the own-rent hybrid both address people’s need to replace homeownership with more affordable forms of secure shelter.

Things could get ugly

Enter the pandemic, and the owner-renter hybrid may suddenly appeal to people well beyond the expensive coastal cities. Many homeowners without work may have to sell their homes, even on unfavorable terms. The hybrid arrangement would grant such a homeowner the option of selling equity in the home piecemeal to co-investors for cash, while continuing to reside in it. For many, that would be a much better outcome than the alternative.

It’s also one that would leave investors pleased, with a previously unimaginable stake in owner-occupied housing, acquired on favorable terms. If investors execute their business wisely, they could even pose as saviors, having offered desperate homeowners a lifeline that spared them from catastrophe. But can any such profiting in the aftermath of a pandemic avoid ultimately being judged as predatory? The hybrid arrangement could easily devolve into taking advantage of homeowners in distress, and even the most ethical investors may feel compelled to participate for fear of missing out on a land grab.

Easing the pressure on some buyers

Fast forward past the pandemic and its aftermath: Is the new hybrid the solution for the housing affordability crisis in America’s expensive coastal cities?

It could certainly help ease the pressure for potential buyers. As long as most people prefer to purchase homes outright, principal and all, those willing to go the hybrid route will have an advantage. They will need to pay only interest-like dividends to their co-investors, without having to buy out the co-investor’s share — the equivalent of not paying mortgage principal.

You might wonder: Wouldn’t people lose out by not participating in America’s biggest forced-saving plan ever, the mortgage? The answer is probably yes, inasmuch as the forced commitment to save is the key.

Nevertheless, fans of the new arrangement would justifiably argue that hybrid owner-renters could invest their savings relative to mortgage costs in whatever they choose, including the acquisition of other residential real estate (for example, in the form of tiny fractions of many other homes).

But that’s not how things are likely to play out. Instead of investing those savings, people might be tempted to divert them into greater housing expenditure, by securing more expensive homes than they could otherwise afford to buy.

Not addressing the fundamental problem

It’s not just about individuals’ choices. A mass participation in owner-renter hybrids in the expensive coastal cities would have unintended consequences for the way in which home prices evolve, and for broad housing affordability.

It’s helpful to understand that these hybrids essentially increase the demand for housing. When owner-renters use their savings relative to mortgage costs to obtain better homes, they squeeze more buying power out of their monthly housing budgets by drawing greater amounts of investors’ capital into the housing market. That means more money going after housing.

If owner-renter hybrids take hold, we should expect Wall Street to own a bigger slice of America’s neighborhoods (not just rentals). And we should expect home prices to gradually shift from familiar momentum-driven patterns — based on traditional markets of home trading among people — to the more erratic and volatile behavior of financial markets.

The savings relative to mortgages from the hybrid approach will generally be used for obtaining better housing. People tend to want to buy the best home they can afford — whether that means bigger, nicer or better located — and are usually willing to commit to it their full financial might. In fact, the appeal (and curse) of a mortgage is that it allows people to channel into a home purchase their earning capacity over the next 30 years.

If people were so eager to get the best home they could afford — to the point that they all opted to play the hybrid card to squeeze the most buying power out of their monthly housing budgets — what would that do to housing prices?

It would bid them up higher.

How much higher? Economists would tell you that it depends on how easy it is to build more housing (they would call it “housing supply elasticity”). If increased demand caused developers to build more, prices might rise only modestly, and this might well be the case in some parts of the country.

But if developers couldn’t build much more, as is the case in the expensive coastal cities today, housing prices could rise substantially.

That rise could altogether negate the buying-power gains of those adopting the owner-renter hybrid, and at that point they would be no better off in terms of affordability. Those trying to buy the old-fashioned way would be worse off.

More generally, increasing the demand for housing cannot resolve the public’s housing affordability woes in America’s expensive coastal cities. Only increasing supply can. Housing costs are high in those cities because for decades strong demand for housing has been met with local land-use policy that severely limited new construction. Even a pandemic, with a recession in its wake, won’t stem housing price appreciation in the long term.

Increasing people’s buying power, even if it emerges from something as significant as giving up on traditional ownership, won’t improve the state of housing affordability. As long as demand is fundamentally strong, building more housing is the only thing that will help.

Issi Romem is the founder of MetroSight and a fellow at U.C. Berkeley’s Terner Center. He was formerly chief economist at Trulia & BuildZoom. Follow him on Twitter at @issiromem.