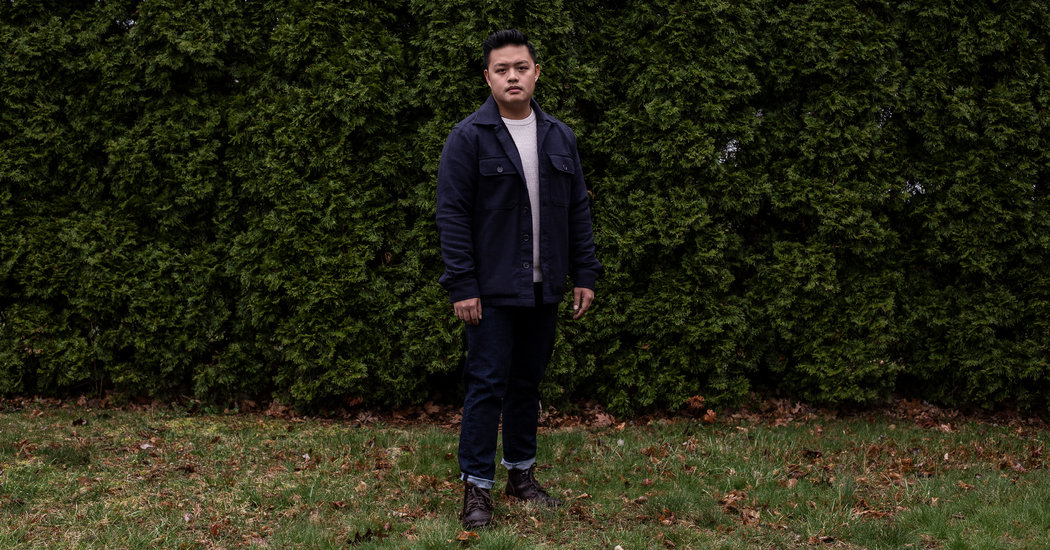 The last time Peter John Dario saw his father alive was on March 14, at the entrance to a hospital in Edison, N.J. An employee took him away in a wheelchair, telling Mr. Dario and his mother gently but unequivocally that they could not go in the building.

In a fog of worry and confusion, as he watched his father’s diminished silhouette disappear through the door, Mr. Dario forgot to say goodbye.

Five days later, his father, Peter Dario, died of respiratory failure from an infection caused by the coronavirus. He was 59. None of the members of his large family — several of them now also sick with Covid-19 — were at his side.

Of all the ways the coronavirus pandemic has undermined the conventions of normal life, perhaps none is as cruel as the separation of seriously ill patients and their loved ones, now mandated at hospitals around the world.

Hospitals in all 50 states and dozens of countries are barring visitors. Lobbies are bare, visitor parking lots empty, flower deliveries stopped. The number of accessible entry points has been reduced, and security guards and staff are posted at those that remain to turn away patients’ relatives and friends.

At most hospitals, exceptions are being made only for patients receiving end of life care, hospitalized children and pregnant women in labor.

Last week, after New York-Presbyterian discovered that multiple pregnant and postpartum patients in its labor and delivery unit had Covid-19 — with minimal or no symptoms — it barred all visitors, including partners. Mt. Sinai Hospital System followed suit. But on Saturday night, following an outcry from expectant parents, Gov. Andrew M. Cuomo signed an executive order requiring all medical facilities licensed by New York State to allow one support person for patients who are in labor.

“This disease has demonstrated to us just how vulnerable the greater community can be when we have a virus circulating that no one has any immunity to,” said Nancy Foster, a vice president of the American Hospital Association. “And that extraordinary reality has forced us to take extraordinary measures.”

While the infection control rationale is clear and sound, the consequences — for patients, their loved ones and the hospital personnel who must enforce the rules — are profound.

Clinicians and hospital staff said keeping families away had been among the darkest experience of their professional lives. The restrictions run contrary to a hospital’s desire to keep patients and families together, not only for the salutary effect of something as simple as a hand held, or a chair pulled close to a bed, but because having a relative present can ease the workload of a medical team. It can also provide crucial information that a confused patient may not be able to offer.

“This isn’t easy but we have to deny the vast majority of them,” said Dr. Shereef Elnahal, president and chief executive of University Hospital in Newark, N.J., which is, like other hospitals, managing the requests on a case-by-case basis.

The restrictions raise distressing questions, especially when it comes to end-of-life visits. How close to the end of life must a patient be to merit a visitor? Is near death the right time? Why not earlier, when a patient is healthier, and of sound mind?

As is happening in Italy and elsewhere around the world, people like Peter Dario are dying alone, despite hospital exceptions for end-of-life visitors.

Peter Dario, who had diabetes and was on dialysis, started to look sick at the beginning of March, said his daughter Marsha Dario, 32, a nurse. His 86-year-old mother-in-law, who also lives in the household, was already sick with Covid-like symptoms.

When Marsha Dario picked her father up from dialysis on March 7, he was weak, dizzy and vomiting. She told him he needed to go to the hospital. But he refused.

His condition worsened. Struggling to breathe a few days later, he finally agreed to go to the hospital — but only if his wife, Luzviminda Dario, 63, came too. Although his wife was sick by then as well, she went. “They were inseparable,” said Peter John Dario, his son, who is 23.

The day after he was admitted to John F. Kennedy Medical Center, Peter Dario lay unconscious, intubated and on a ventilator. Three days later, on the night of March 19, the hospital called the family to say his fever had spiked and he was unstable. Finally, a nurse said one family member would be allowed in. The previous day, Luzviminda and Marsha Dario had received positive test results for the coronavirus and were in quarantine at home, so Peter John Dario rushed to the hospital. While he was being screened at the entrance for the symptoms of coronavirus infection, his father died.

Just as difficult is the prohibition of visits with patients who have other grave illnesses or are undergoing risky surgery.

This month, Brittany Sanchez, 32, was at home in Las Vegas getting her two small children ready for bed when she had a seizure and collapsed.

She was taken by ambulance to Valley Hospital Medical Center in Las Vegas. A scan revealed a brain tumor so aggressive that Ms. Sanchez needed immediate surgery.

Her mother, Heather Last, stayed at the hospital with her for two days, then went home to pick up a few things and feed the pets, only to get a call from Ms. Sanchez telling her that the visiting rules had changed and that she could not return.

The next morning, her parents went to the hospital anyway. A security guard refused to let them enter the building.

“Heather said they’d have to call the police on her to keep her from going in,” her father, Don Last, said. Eventually both were allowed in.

A few days later, Ms. Sanchez was flown on a medevac jet to the University of California, San Francisco Medical Center for a major neurosurgical procedure. U.C.S.F., too, was in lockdown and Ms. Sanchez’s parents were not allowed in the hospital.

The surgery would be complex and dangerous. “There was a reasonable chance she was going to have a problem,” said Dr. Mitchel Berger, the neurosurgeon who performed the procedure. Dr. Berger tried and failed to persuade his hospital to make an exception to the no-visitor rule.

Ms. Sanchez’s father was beside himself. The night before the surgery, he sent Dr. Berger a text.

“You will have my daughter Brittany’s life in your hands tomorrow,” he wrote. “I expect you to treat her as if she were your own daughter. I will never forgive myself that I was not able to hold her hand through this. Bring her back home to me whole.”

The surgery lasted nearly seven hours. As soon as he was finished, Dr. Berger went to find the Lasts, who were waiting outside the hospital. From six feet away, he told them the surgery had gone well, and apologized again for being unable to allow them in.

Some hospitals are buying iPads to give to patients for virtual visits. Others are helping patients speak with their family and friends over FaceTime.

Dell Hutchinson, who lives in Oakland, Calif., would gladly have accepted a virtual visit with his wife, but she was too sick to use her cellphone. Mr. Hutchinson’s wife, Sandi Hutchinson, was hospitalized on Feb. 19 with a subarachnoid hemorrhage, bleeding around her brain. On March 15, the hospital stopped allowing visitors.

This left Mr. Hutchinson with one option: calling her room through the main switchboard. But she also could not operate the bedside telephone, Mr. Hutchinson said, which meant he had to hope there was a doctor, nurse or other staff member in the room to pick up when he called.

When Mr. Hutchinson did manage to speak to his wife, he wasn’t able to glean much. Her voice was monotonic. “Without being able to read her body language, how could I know how she was really doing?” he asked. “I couldn’t.”

Just as the Dario family was absorbing the news of Peter Dario’s death, tragedy swept through the household again. On Monday, Cresenciano Victolero, Luzviminda Dario’s 86-year-old father, weak and short of breath, was rushed to the same hospital where his son-in-law had died. No one was allowed to visit.

On Wednesday, a nurse called to say they were unable to maintain his blood pressure. A granddaughter headed to the hospital. Mr. Victolero died while she was en route.

“But they held pronouncing him until she got there,” Marsha Dario said. “The nurse cried with her.”