A new use for McDonald’s used cooking oil: 3D printing 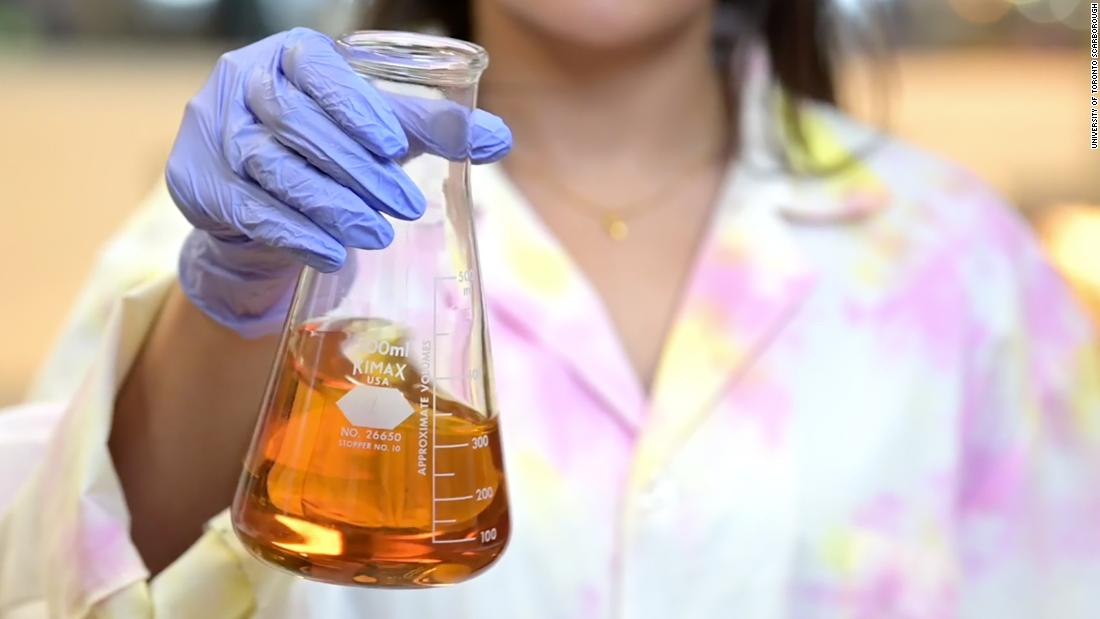 Simpson is director of the school’s Environmental NMR Center dedicated to environmental research. Central to this research is an analytical tool called the NMR spectrometer. NMR stands for nuclear magnetic resonance and is technically similar to how an MRI works for medical diagnostics.

“We use the NMR spectrometers to look inside tiny living organisms and understand their biochemical response to their changing environment,” said Simpson. The overarching aim is to “help bridge the gap between medical research and the environment.”

Simpson had bought a 3D printer for the lab in 2017. He hoped to use it to build custom parts that kept organisms alive inside of the NMR spectrometer for his research.

But the commercial resin he needed for high-quality light projection 3D printing (where light is used to form a solid) of those parts was expensive.

The dominant material for light projection printing is liquid plastic, which can cost upward of $500 a liter, according to Simpson.

Simpson closely analyzed the resin and spotted a connection. The molecules making up the commercial plastic resin were similar to fats found in ordinary cooking oil.

“The thought came to us. Could we use cooking oil and turn it into resin for 3D printing?” Simpson said.

Only one restaurant responded — McDonald’s

What came next was the hardest part of the two-year experiment for Simpson and his team of 10 students — getting a large sample batch of used cooking oil.

“We reached out to all of the fast-food restaurants around us. They all said no,” said Simpson.

Except for McDonald’s (MCD).

In the summer of 2017, the students went to a McDonald’s location near the campus in Toronto, Ontario, that had agreed to give them 10 liters of waste oil.

Back in the lab, the oil was filtered to take out chunks of food particles.

Rajshree Ghosh Biswas is a second year PhD student working in Simpson’s lab. She joined the team that was experimenting on McDonald’s cooking oil in the summer of 2018. She was tasked with synthesizing small batches of the oil to try to convert it into high-quality resin.

Each time the resin was produced it was used to 3D print a butterfly. The breakthrough came in September.

The team successfully printed a high-quality butterfly with details as minute as 100 micrometers in size.

“We did analysis on the butterfly. It felt rubbery to touch, with a waxy surface that repelled water,” said Simpson. He described the butterfly as “structurally stable.” It didn’t break apart and held up at room temperature. “We thought you could possibly 3D print anything you like with the oil,” he said.

The experiment yielded a commercially viable resin that Simpson estimates could be sourced as cheaply as 30 cents a liter of waste oil.

Simpson was equally excited about another benefit of the butterfly the team had created.”The butterfly is essentially made from fat, which means it is biodegradable,” he said.

To test this, he buried a sample butterfly in soil and found that 20% of it disappeared in a two-week period.

“The concept of sustainability has been underplayed in 3D printing,” said Tim Greene, a research director for global research firm IDC who specializes in the 3D printing market. “The melted plastic currently being used as resin is not so great for the environment.”

“This is also a great way to reuse and recycle waste cooking oil,” said Ghosh Biswas. Terri Toms, the McDonald’s franchisee who gave the oil to the students, agreed.

“I was impressed by the research initiative and happy to contribute to something that could possibly be helpful to future generations,” said Toms. Simpson’s team is no longer getting oil from McDonald’s, but it hopes the research gets noticed by the industry.

Simpson and his team published their research in December 2019 in industry publication ACS Sustainable Chemistry & Engineering. In it, they wrote that “every year, it costs millions of dollars for fast food restaurants to process waste, including waste cooking oil.

“Most recycled waste cooking oil is currently used in the production of soap and biodiesel. It may be transformative for recycling programs if high-value commodities [such as resin]can be manufactured directly from it,” the paper said.

Leanna Rizzi, a spokeswoman for McDonald’s Canada, said the company learned about the outcome of the experiment, which it called “a great initiative, when the research was published last month.

Rizzi said the world’s largest fast-food chain has a global sustainability program called “Scale for Good,” which includes initiatives to tackle plastic pollution and its used cooking oil.
In some countries, such as the United Kingdom, Switzerland and Portugal, McDonald’s converts its waste cooking oil into biofuel for use in its own delivery trucks.