A new world war over technology 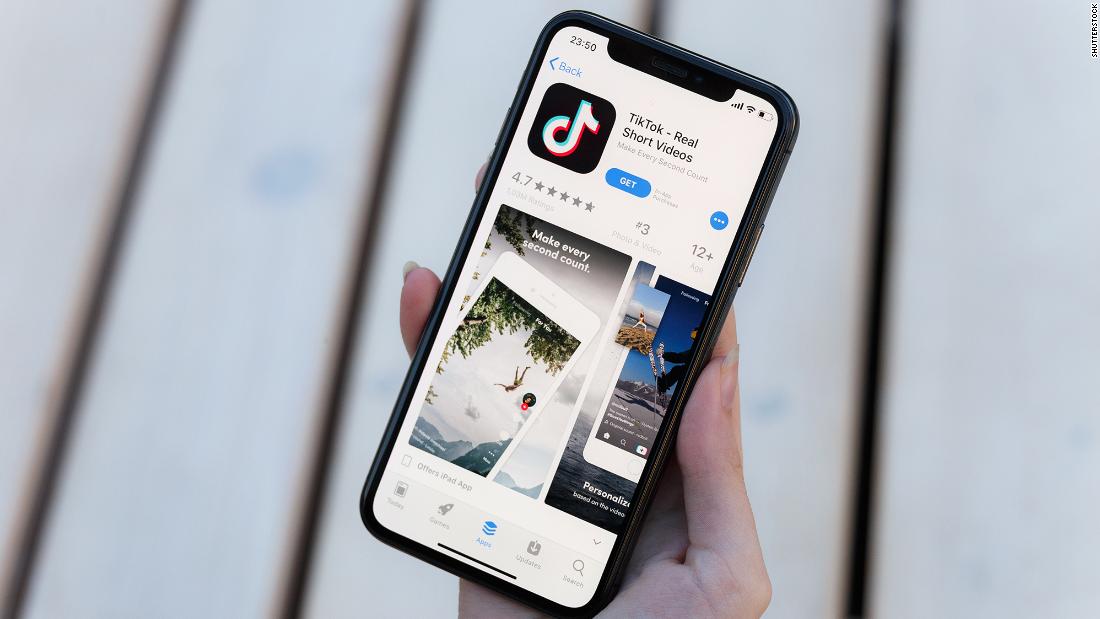 The latest casualty is TikTok, a video app that is popular with teenagers and which has hundreds of millions of devoted fans across markets such as India and the United States. The app is owned by a Chinese company, but run by an American CEO.
The first major hit came last month, when TikTok was blocked in India after a heated border clash with China left at least 20 Indian soldiers dead. Then, on Monday, US authorities said they would look at banning the app because they consider it a possible threat to national security. That news broke as the company said it would leave Hong Kong because of concerns over a sweeping national security law China imposed on the city.

“It is becoming harder to be a truly global tech platform,” said Dipayan Ghosh, the co-director of the Digital Platforms and Democracy Project at the Harvard Kennedy School.

The fight right now between the world’s two largest economies cuts to the heart of that issue. The United States and China are competing over artificial intelligence, super-fast 5G mobile networks and other technology. Although the countries have long-running economic ties that enable some collaboration, recent tensions over national security have pushed their governments and businesses to reconsider those partnerships.

The conflict is bleeding over into the relationships those countries have with other global powers, too. The United Kingdom, for example, is re-examining its decision to grant Chinese tech company Huawei the ability to help build the country’s 5G network. That review comes after the United States, which has repeatedly targeted Huawei, imposed sanctions on the company that could prevent other firms from supplying it with the chipsets it needs to build its next-generation technology.

“My impression is that the tech companies are only now waking up to the fact that life in the future is going to be a lot less globalized,” said Michael Witt, a senior affiliate professor of strategy and international business at INSEAD, the international business school. “They are really on the horns of a dilemma.”

The United States and China have for decades held opposing views on how to wield technology. While IBM (IBM) and Microsoft (MSFT) were driving American innovation in the 1980s, China was laying down the foundation for its Great Firewall — a massive censorship mechanism that shuts out content widely available elsewhere on the internet. In the years since then, China has created a closed and controlled internet that has found fans among other authoritarian countries: Russia, for example, has moved to restructure and rein in its once freewheeling internet with the assistance of Chinese tech.
China’s investments in technology have grown even more rapidly in recent years because of “Made in China 2025,” Beijing’s ambitious plan to shed the country’s reliance on foreign tech by spending billions of dollars in areas such as wireless communications, microchips and robotics. (Last year, for example, the country imported $306 billion worth of chipsets, or 15% of the value of the country’s total imports.)

The United States has responded by seeking to limit China’s advance.

The Trump administration has accused China of stealing US technology, an issue central to the damaging trade war that has colored the relationship between the two since 2018. Chinese officials have repeatedly denied such allegations and argued that any tech secrets handed over were part of deals that had been mutually agreed upon. The United States has also imposed sanctions on prominent Chinese tech firms and taken steps to limit Beijing’s access to America’s vast capital markets.

“Beijing has concluded that decoupling is inevitable,” wrote Ian Bremmer and Cliff Kupchan, the president and chairman of Eurasia Group, in a report published earlier this year that noted how Chinese President Xi Jinping is calling for the country to break its technological dependence on the United States.

“China will expand efforts to reshape international technology, trade, and financial architecture to better promote its interests in an increasingly bifurcated world,” they wrote.

As the relationship between the world’s two largest economies deteriorates, several analysts warned that the fallout will have major implications for every global power, along with the tech companies that operate across their borders.

The Eurasia Group analysts wrote that the “new virtual Berlin Wall” will push world economies to choose sides. They said traditional US allies such as Taiwan and South Korea, for example, may tilt toward China because they supply cutting-edge semiconductors that Chinese firms rely on to compete with global rivals.

“Both the US and China have demonstrated they’re willing to weaponize global trade and supply chains,” the analysts added.

“It’s the idea that a tech company is going into a market on the other side of the world, and now is being asked to carry the flag of the country,” she added. “This is a sea change from even a decade ago.”

Huawei has perhaps become the most prominent example of that shift.

Washington has for more than a year been pressuring its allies to keep the Chinese company’s telecommunications equipment out of their 5G networks. That campaign may be producing some results in Europe: UK authorities said last week that US sanctions on the company will likely hurt Huawei’s viability as a 5G network provider there, while Reuters reported Thursday that Italy’s largest telecom firm is excluding the company from a bid for 5G equipment.

The advancement of technology in other parts of the world also suggests that there are “evolving, multiple playbooks” beyond the rivalry between the United States and China, according to Kislaya Prasad, a research professor at the University of Maryland’s Robert H. Smith School of Business.

He pointed to China’s neighbor India, which is pushing for growth among local industries while also enjoying a major internet boom. When New Delhi banned TikTok and other major Chinese apps in late June, local app developers like Indian-made Chingari rushed to fill the void.

For the tech companies stuck trying to navigate this world, there are no easy options.

Witt, the INSEAD professor, said firms must choose between giving up on part of the world, or decentralizing their operations to such a point that the company is essentially two or more different entities.

TikTok seems to be trying the second approach. While the app is owned by Beijing-based ByteDance, it has taken great pains to distance itself from its parent company. In May, it hired former Disney executive Kevin Mayer as its CEO, and it has repeatedly said that its data centers are located entirely outside of China where that data is not subject to Chinese law.
The company might be trying to make an even more dramatic break. The Wall Street Journal reported Thursday, citing a source familiar with the matter, that ByteDance is considering establishing a headquarters for the video app outside of China or a new management board to distance the service from the country. A TikTok spokesperson confirmed to CNN Business that its parent company is weighing changes to its corporate structure.

“The close connection to the Chinese government is what has shut Huawei out of so many markets,” said Ghosh, of the Harvard Kennedy School. (Huawei maintains that it is a private firm owned by its employees.)

“I think TikTok sees that and wants to distinguish itself from Huawei,” he added.

But that might not be enough. US lawmakers have repeatedly piled on TikTok in recent weeks. And while the company says it doesn’t pose any threats to national security, US Secretary of State Mike Pompeo mentioned those concerns this week when he floated the idea of banning the app.

“The problem is, I think, for them it’s too late,” Witt said. “That light of public attention, that is already brightly shining on them. I think that’s not going to end well for them.”

— Brian Fung contributed to this report.