A Plan to Develop Farmland in Amish Country Meets Resistance 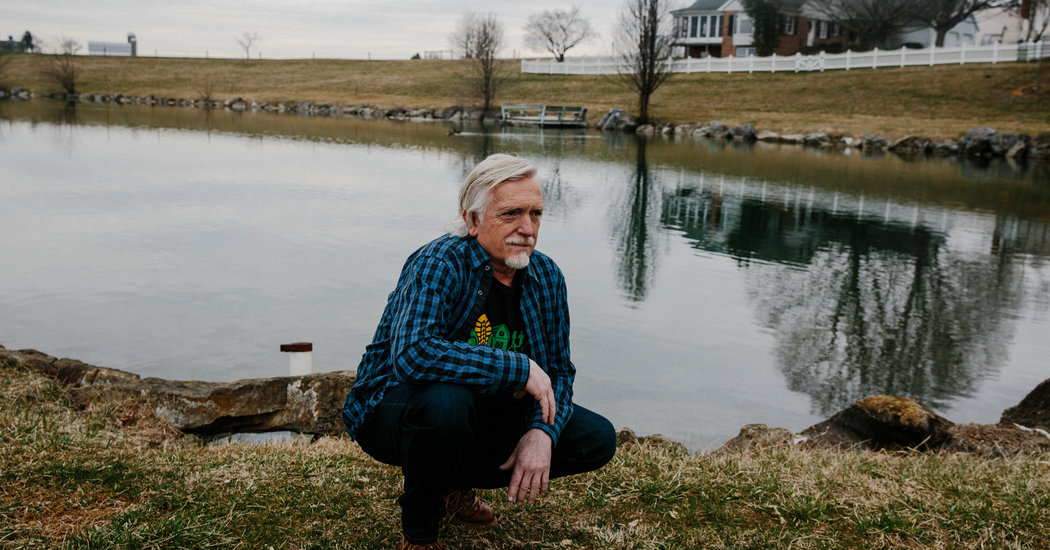 MANHEIM TOWNSHIP, Pa. — When Earl Hurst bought 100 acres of farmland in rural Lancaster County in 1952, he planned for the fertile fields to help sustain his family. And for a generation, they did just that.

“That farm was everything he was looking for,” Victor Hurst, the youngest of Earl’s 10 children, said of the family farm, which sat not far from the banks of the winding Conestoga River.

In 1974, after Earl Hurst’s children were grown and his farming days were largely over, he began a roadside stand along the newly opened U.S. Route 222 so that he could sell directly to customers. Fresh produce proved popular, and the operation grew. At the time, Mr. Hurst had no way of knowing his humble roadside stand would one day be at the center of a debate about how best to preserve not just land, but an entire culture.

Today, Mr. Hurst’s farm, run by his children, is called the Oregon Dairy, a development that includes a supermarket, bakery and restaurant and is popular with locals and tourists. The Hurst family wants to transform the dairy into a village. The density of the project has some preservationists calling it out of step with the area’s rural character, but it is precisely the density that the Hurst family says makes it a good fit.

Victor Hurst wants to bring the concept of live-work-play to Lancaster County, more famous for being one of the oldest Amish communities in the country and for its all-you-can-eat buffets than for its forward-thinking housing developments. The project, called Oregon Village, would transform a field and the adjacent site of a former resort into a dense 70-acre development with 550 housing units, a supermarket, a hotel and offices.

Concentrating a livable community into a small area, Mr. Hurst said, would satisfy pent-up housing and commercial needs in the county without burying swaths of postcard-worthy farmland under sprawl. And people would not need to get in their car, Mr. Hurst said, because the planned Oregon Village would be a walkable community.

“People want to move into this area, and it is just gobbling up farmland,” he said, adding that 550 houses on a relatively small tract of land could help alleviate that.

Lester Oberholtzer, 50, is Old Order Mennonite, which, along with the Amish, is part of a 17th-century Protestant movement known as Anabaptism. He runs a 63-acre dairy farm that surrounds his two-story brick farmhouse, which is almost a century old. Dressed in traditional clothing, he shares the home with his sisters and mother. Food in the Oberholtzer home consists of hearty farm dishes, pie crusts are made from scratch, and clothing is hand sewn, in keeping with generations-old Mennonite traditions.

“You don’t plop a small city into the middle of an agricultural district,” he said. Like most Amish and Mennonites in the area, Mr. Oberholtzer uses a horse-drawn buggy to go to church, attend the hay auction or run errands to town. He has not ruled out moving away if the development goes forward.

“Traffic is already a nightmare, and people who move into that development won’t know much about the Amish or be expecting buggies on the road,” he said.

Mr. Oberholtzer blames the county’s zoning regimen as the culprit more than the Hursts’ vision. Lancaster’s zoning is a patchwork of development and preservation districts. The Oregon Dairy is in an agricultural district, but the Hurst parcel is zoned for a mixed-use development like the one Mr. Hurst plans.

Donald Kraybill, a retired professor from nearby Elizabethtown College and a noted expert on Amish life, warned at a public hearing last year that some Amish and Mennonites might leave the area if the development went on as planned. Manheim Township, however, approved the development after years of sometimes contentious public hearings. Mr. Oberholtzer and two other residents are contesting the approval. But Mr. Hurst is confident the law is on his side.

The presence of thousands of Amish and Mennonites in the area makes Oregon Village’s contours different from a typical mixed-use rendering. The Amish and Mennonites have farmed in Lancaster County for centuries, but they started attracting the attention of tourists and outsiders only in the mid-1950s, when Amish and non-Amish lifestyles began to rapidly diverge. Since then, the area’s tourism industry, offering traditional treats like shoofly pies and buggy rides, has boomed.

Lancaster County is feeling the development squeeze from all sides. The westernmost exurbs of Philadelphia have been pressing into the farmland from the east, while the city of Lancaster, population 60,000, has been sprouting its own suburbs.

Caught in the middle are Amish, Mennonites and others who are concerned about losing Lancaster’s agricultural character. Development concerns were recently stirred when plans were unveiled for an 81,425-square-foot casino, featuring 750 slot machines, in Morgantown along the eastern edge of Lancaster County. And townships in the county have been struggling with the Amish, who because of scarce housing are moving into traditional suburban cul-de-sac settings and wanting to bring their horses with them. Most residential lots have limits on the number of horses that are allowed.

Lancaster County has an aggressive farmland preservation program. The county-run Agricultural Preserve Board recently celebrated its 1,000th preserved farm, which pays farmers fair value for their farm in exchange for its remaining agricultural in perpetuity. The privately administered Lancaster Farm Trust operates similarly, and the two have bought more than 1,500 farms in total.

Matt Knepper, director of the board, estimates that a third of the preserved farms are Amish owned. He said the board did not prioritize the preservation of Amish farms, and added that high-density developments like Oregon Village were better for preservation as a whole.

“Development will occur, so let’s make it take less land per unit,” he said. “If we must develop farmland, do it as efficiently as possible.”

A slate of county commissioners against the Oregon Village project was voted into office in November. Still, in Pennsylvania, zoning decisions are left to the municipalities, so the election is likely to have a limited impact on the project’s approval.

The Oregon Village development fits the parameters for smart growth in the county, said Angela Cuthbert, a professor of geography at nearby Millersville University who has extensively studied land-use practices in rural areas.

“Part of the reason we are at this point is that previous development was not at the density it should have been,” she said. She added that the county used 7.5 dwelling units per acre as a target and that only 4.4 dwelling units had been averaged in the past.

“We have been consuming land at a much faster rate than we should have,” Ms. Cuthbert said.

As far as the Amish go, she said most would learn to live with the development.

“I think the Amish are much more resilient and willing to change than we think,” she said.