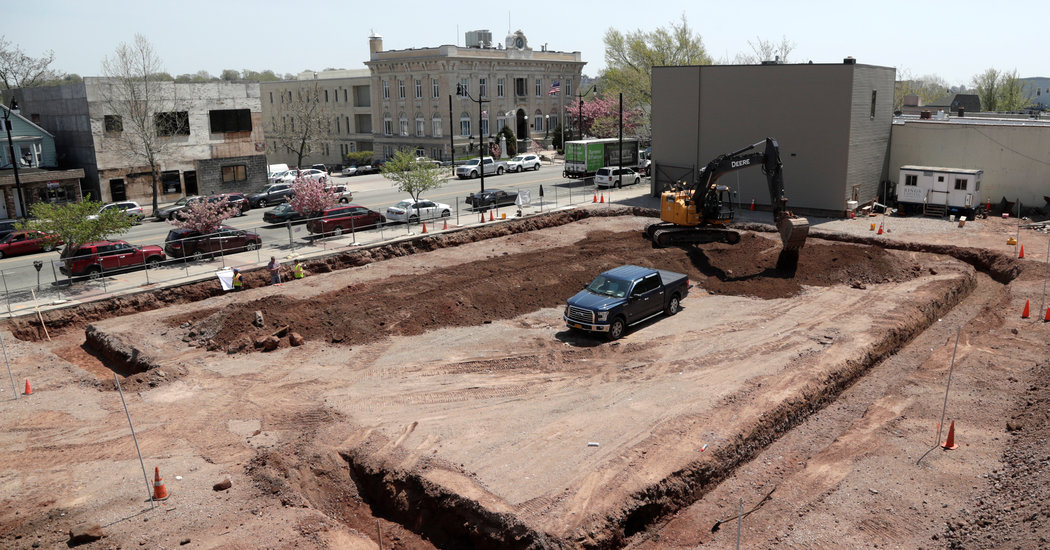 WASHINGTON — A new tax break that President Trump frequently touts as a boon to black Americans and hard-hit communities is spurring relatively little job creation while disproportionately helping high-profit real estate projects and not small businesses, an extensive new study by the Urban Institute has found.

The report, released on Wednesday, draws on interviews from more than 70 key players in the deployment of money — mostly from wealthy investors — into so-called opportunity zones. It is the most comprehensive look to date at the effects of the zones, which were created as part of the 2017 tax law and for which the government has scant data.

Opportunity zones are spread across the country, in rural, urban and suburban areas that state and local officials selected, under criteria set out in the law, as in need of additional investment and economic growth.

The zones offer tax advantages to investors who take the proceeds of a capital gain, like the sale of stocks or a family business, and invest them through a fund into a qualifying project in a designated zone.

The report praises the zones for catalyzing a “new community development ecosystem” of Americans who want invest in hard-hit areas. But it finds that entrepreneurs eager to start businesses and community-oriented projects are struggling to connect with the investors who stand to reap tax benefits.

Many of the developers interviewed for the report made clear that their projects would have proceeded even without the tax incentive, the report finds.

The tax break allows investors to roll capital gains from other investments into funds that seed projects in the zones. Taxes on those original gains are deferred and, if the investment is held for several years, can be sharply reduced.

“Although there are compelling examples of community benefit,” the researchers conclude, “the incentive as a whole is not living up to its economic and community development goals.”

The Trump administration has issued several rounds of regulations since the zones were created, largely in an attempt to broaden eligibility for the program in ways that supporters say will incentivize more investment in start-up businesses, but that critics say allow rich investors to more easily benefit from it.

Among the projects that have been able to take advantage of the incentive are a luxury residential high-rise in Houston and a string of hotels and residential developments across the Sun Belt, including a Marriott property in the Phoenix suburbs.

Developers with ties to the Trump administration have also benefited from the program, an investigation by The New York Times found, including Richard LeFrak, a New York real estate titan who is close to the president; and the family of Jared Kushner, Mr. Trump’s son-in-law and senior adviser.

Earlier this year, the Treasury Department’s inspector general said it would open an inquiry into the program at the request of three Democratic lawmakers, Senator Cory Booker of New Jersey, Representative Emanuel Cleaver II of Missouri and Representative Ron Kind of Wisconsin.

Many of the zones are in predominantly black neighborhoods, which have long struggled to attract businesses and investment. Mr. Trump has made the tax break a centerpiece of his pitch to black voters and part of his claims, which are not supported by evidence, that he has done more for the black community “than any president since Abraham Lincoln,” as he wrote on Twitter this month.

The report finds that black communities “are particularly engaged” with the opportunity zone program. Its authors, Brett Theodos, Jorge González and Brady Meixell, said they interviewed many black entrepreneurs who have sought funding for projects in the zones and note not all of them have succeeded.

They report that some black entrepreneurs attribute those difficulties in part to longstanding patterns of discrimination by the wealthy — and largely white — investor class. The authors say those investors are primarily focused on high-return projects in the zones, like luxury real estate development, rather than lower-margin projects that could bring jobs and services to black communities.

“While some black developers report positive interactions with the program,” the authors wrote, “the experience of exclusion is also consonant with research suggesting that funds led by high-performing black men are the most harmed by racial bias from asset allocators, even when all other fund aspects are identical.”

Mr. Theodos said that black project sponsors often reported that they didn’t have the social networks needed to connect to investors. “But it’s more than that,” he said in an email interview. “The O.Z. incentive just isn’t deep enough to entice most investors to make impact investments.”

The report suggests several changes to incentivize such investments, including redesigning the program to benefit a wider array of businesses and linking its benefits to concrete measures of success, like job creation.

Supporters say the report shows the zones are beginning to bring in new investors and interest to underserved communities, and that it is too soon to judge their success in driving investment in companies, and not just condominiums, office buildings and hotels.

“The report makes clear that opportunity zones are catalyzing a new ecosystem of community development, but beyond that, you can’t fairly judge a 10-year-plus program after its first year of meaningful investment,” said Steve Glickman, who helped to develop the program and now runs an advisory firm for investment in the zones, Develop LLC.

“When you spend time in these communities,” Mr. Glickman said, “you realize that many of them need real estate and infrastructure development before businesses can move in and get established.”