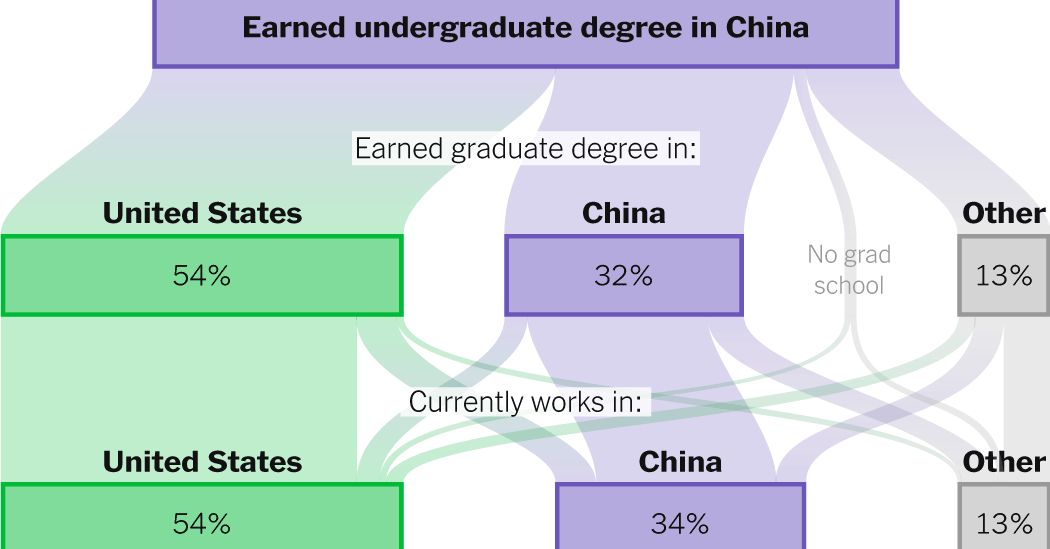 Those numbers showed no signs of decline, but some organizations say that more recent tensions between the United States and China have already begun to affect talent flows.

“I am terrified by what the administration is doing,” said Oren Etzioni, chief executive of the Allen Institute for Artificial Intelligence, a high-profile research lab based in Seattle, which has seen a significant decrease in the number of applications from Chinese researchers. “How many times can you push people out the door and put obstacles in their way before they say, ‘I am not going to try.’”

Chinese-born researchers are a fixture of the American A.I. field. Li Deng, a former Microsoft researcher and now chief A.I. officer at the hedge fund Citadel, helped remake the speech recognition technologies used on smartphones and coffee-table digital assistants. Fei-Fei Li, a Stanford University professor who worked for less than two years at Google, helped drive a revolution in computer vision, the science of getting software to recognize objects.

At Google, Dr. Li helped oversee the Google team that worked on Project Maven, the Pentagon effort. Google declined to renew the Pentagon contract two years ago after some employees protested the company’s involvement with the military. The Google team worked to build technology that could automatically identify vehicles, buildings and other objects in video footage captured by drones. In the spring of 2018, at least five of the roughly dozen researchers on the team were Chinese nationals, according to one of the people familiar with the arrangement.

A certain amount of government restriction is natural. The Pentagon typically bars citizens of rival foreign powers from working on classified projects. China also has a long history of carrying out industrial espionage in the United States.

A.I. is different, people in the industry argue. Researchers generally publish what they find, and anybody can use it. So what the industry is looking for is not intellectual property, but the minds that conduct the research.

“For much of basic A.I. research, the key ingredient in progress is people rather than algorithms,” said Jack Clark, policy director of OpenAI, a prominent lab in San Francisco, and the co-chair of the AI Index, an annual effort to track the progress of A.I. research, including the role of Chinese researchers.