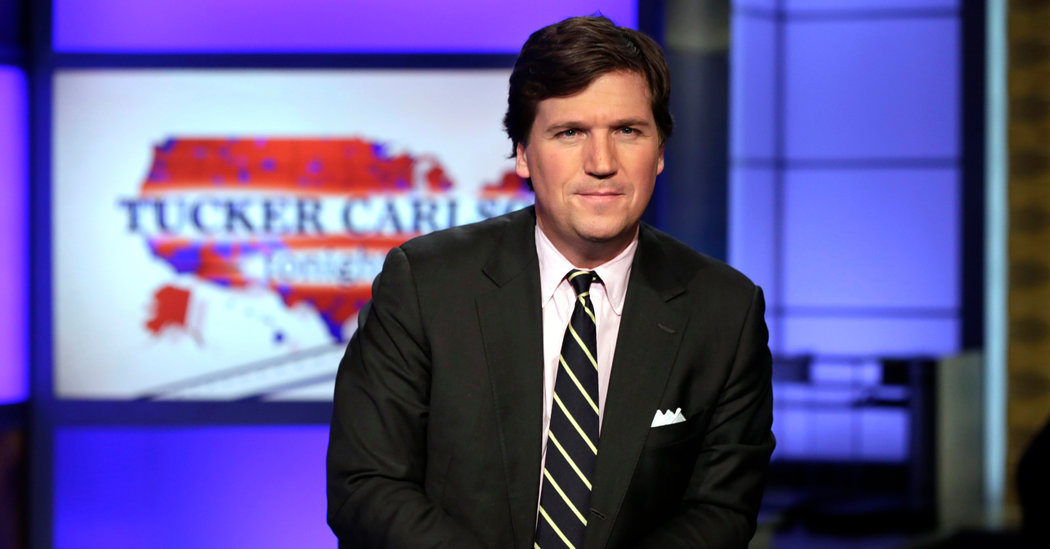 “The show has almost no big-name advertisers left right now,” Kara Alaimo, a public-relations expert who teaches at Hofstra University, said in an interview. “This is just not an issue you want to be on the wrong side of, if you’re a mainstream brand.”

Fox News has said brands removed from “Tucker Carlson Tonight” typically have their ads run on other programs, and the network retains the revenue. Fox News also earns a significant portion of its income from subscription fees paid by cable providers, rather than spending by individual advertisers.

Rupert Murdoch and his son Lachlan, who control Fox News, are usually reluctant to make changes at the network because of outside pressure. Last week, Mr. Carlson acknowledged his superiors’ support: “We work for one of the last brave companies in America, and they’re not intimidated. We’re grateful for that.”

Since demonstrations began, Mr. Carlson has adopted a hard-edge approach, encouraging President Trump to be more harsh, not less, in cracking down on protesters. The ad boycott intensified after Mr. Carlson, on June 8, said the unrest “is definitely not about black lives, and remember that when they come for you.” (Fox News said the pronoun “they” referred to liberal leaders, not protesters.)

This week, Mr. Carlson criticized police officials in Fort Worth for dropping charges for rioting. The police responded by saying that more serious criminal charges had not been dropped, but Mr. Carlson repeated his criticism, calling the department’s actions “shameful.”

Though he enjoys Fox News’s backing, Mr. Carlson, a longtime Washington resident, may be on the cusp of leaving his liberal-leaning hometown. He recently put his Washington home up for sale, and has spent much of the quarantine at his houses in Florida and Maine. Through a spokeswoman, the host declined to comment about his plans.

On Wednesday, Mr. Carlson yielded the nightly ratings crown to Mr. Hannity, who attracted 4.5 million viewers for his telephone interview with Mr. Trump. Across all of television, Mr. Hannity enjoyed the largest audience. Mr. Carlson was in second place, not far behind.