Advertisers have Facebook’s attention. Now here’s what they want 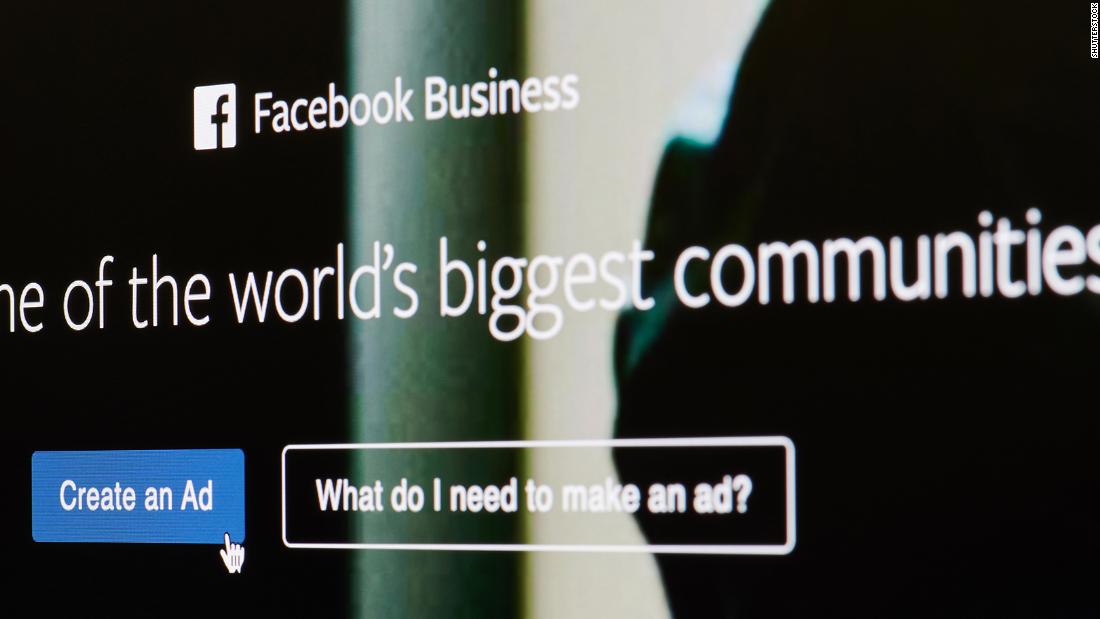 Starting Wednesday, numerous household names — from Hershey’s to Denny’s — will officially pause advertising on the platform as part of a broader boycott effort over concerns about Facebook’s handling of misinformation and hate speech.

A civil rights coalition that includes the Anti-Defamation League and the NAACP launched the #StopHateforProfit campaign last month, calling on major corporations to halt advertising on Facebook (FB) for the month of July due to the platform’s “repeated failure to meaningfully address the vast proliferation of hate on its platforms.” While some brands are halting spending through the end of the month, others such as household goods giant Unilever are pausing advertising through the end of the year across social media, not just Facebook.
Some analysts doubt these moves will significantly dent Facebook’s revenue, thanks to the millions of small and medium businesses that rely on the platform for advertising, but the pressure campaign appears to have put Facebook on the defensive. Investors have been rattled and Facebook’s leadership has repeatedly had to address the issue.

Mark Zuckerberg, Facebook’s CEO and cofounder, has now agreed to meet with the civil rights organizers behind the boycott, the company confirmed to CNN Business on Wednesday. Facebook framed the meeting as part of its regular engagement with “civil rights leaders and organizations.”

“They asked about having Mark at the meeting, and we’ve since confirmed that Mark is able to join,” Andy Stone, a spokesperson for Facebook, said in a statement provided to CNN Business. “We’re waiting to hear back and look forward to the opportunity to continue the dialogue.”

Now that the groups have Facebook’s attention, the campaign is calling on participating brands to ask for 10 changes that touch on seemingly every aspect of how the company operates, from the ads it allows to run on the platform to the makeup of its leadership team and its content moderation policies.

The list includes demanding that Facebook hire a C-Suite executive with “deep” civil rights experience to assess products and policies for discrimination, bias and hate. The organizers are also calling for Facebook to pledge to do regular, independent audits of hate and misinformation; remove public and private groups focused on hate or violent conspiracies and stop the recommendation and reach of such groups; and give all moderators anti-bias and hate-related training in the next 90 days.

The group also wants Facebook to ban political ads with blatant lies, which the company has faced criticism for allowing in the past. Facebook has previously defended the policy, saying it does not want to censor political speech.

While the campaign said taking these 10 actions wouldn’t solve everything, the organizers believe it would show that Facebook is serious about addressing concerns.

Last week, Facebook announced it would ban ads that scapegoat minorities, immigrants, racial or other groups. The company also said it will start adding warning labels to user posts that are “newsworthy” but violate the platform’s policies. (Facebook has previously refrained from taking action on the posts of political leaders due to their perceived newsworthiness.) The steps Facebook has taken so far are “insufficient,” according to the campaign, noting Facebook would not take the labeled posts down.
On Wednesday, Facebook published a blog post addressing some of the organizers’ demands, the work it’s doing, and the steps it’s considering or has already taken. A Facebook executive also published a blog post on Wednesday saying the company does not benefit from hate on the platform.
Margaret Duffy, a strategic communication professor and advertising expert at the Missouri School of Journalism, said the boycott might be a “watershed moment.” Duffy said recent coverage of George Floyd’s death and other events in recent months, have pushed racial equality to the forefront. “There’s a whiff of genuine concern and social responsibility that brands and advertisers are showing,” she said.
The clock is ticking for Facebook to address marketers’ concerns. “It’s too early to commit to how long our pause will last,” Coca-Cola Chairman and CEO James Quincey said in a statement. “We will need at least 30 days to review where we are today and where we need to drive additional action.”

Ben & Jerry’s echoed that sentiment. “We are not sure when our pause in advertising will end, just as we are not sure what Facebook will do, or when,” said Laura Peterson, a spokesperson for the company.