After Closing for the Virus, Is Michelin Moving Too Quickly? 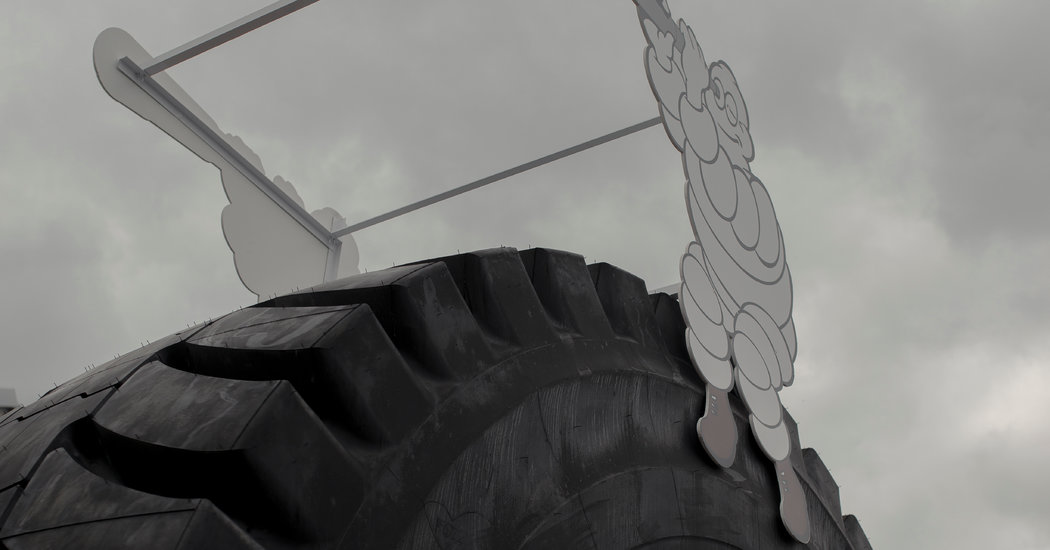 PARIS — On a recent weekday, while France was still under one of Europe’s tightest lockdowns, mammoth six-foot tractor tires were rolling off the assembly line at a Michelin factory in northeast France. Farther south, other Michelin plants turned out tires for ambulances and fire trucks as fast as small skeleton crews could make them.

Michelin is an early starter among global manufacturers seeking to revive business safely in the midst of the coronavirus pandemic. A gradual reopening is being tested after the outbreak temporarily shuttered plants in China, Europe and the United States, affecting 127,000 employees.

“We can’t stay confined forever,” Florent Menegaux, Michelin’s chief executive, said by telephone recently. “Just after the health crisis, we’re going to have an economic crisis looming which will have huge social consequences. We have to learn how to live with Covid-19.”

But in France, where Michelin is based, the piecemeal rollout has ignited tensions with labor unions. They accuse the company of putting investor interests above employees while transmission of the disease is still high and while France remains under quarantine.

“People don’t have the right to circulate freely, but at the same time we’re told we have the right to work next to one another to make tires,” said Jean-Paul Cognet, who represents the Confédération Générale du Travail union in Clermont-Ferrand, the city in central France where Michelin has its headquarters.

“Michelin is trying to reassure financial markets by showing that they’re capable of producing,” Mr. Cognet added. “But at what cost?”

The question is echoing worldwide as companies seek to rebound from lockdowns that have exacted a devastating economic toll. In the United States, Europe and China, governments are calling for more emphasis on getting vital industries back on track, forcing executives to strike a balance between keeping their businesses alive and their employees safe.

France, where nearly 23,000 have died from the virus, has become a crucible for these tensions. The pandemic spurred organized labor to reassert influence after years of decline. Unions have leveraged the crisis to press companies from Amazon to the auto giant PSA Peugeot Citroën on workers’ rights.

The main employer organization, the Movement of the Enterprises of France, has called for an immediate reboot of France’s “economic machine,” and urged people to “work a little bit more” to make up for lost time, stoking widespread ire.

Michelin, whose rubbery Michelin Man mascot is well known around the globe, is caught up in the debate. It began calling back some of its 20,000 French employees on April 1, earlier than most big French manufacturers.

The company justifies its early restart by pointing to the trucks, farm machinery, ambulances, fire engines and other essential vehicles still operating despite national quarantines. Michelin is reopening its European plants that produce tires for these vehicles, which make up about half its business.

But the company has also resumed the production of molds used to make tires for high-end cars manufactured by the likes of Porsche and Tesla. Michelin is eager to restore passenger car tire production generally, Mr. Menegaux said, and is betting on a surge in people driving, partly to avoid crowded public transportation, when confinement orders are lifted.

Unions in France, however, challenged the company’s motives as it began to reactivate employees on a voluntary basis from paid furloughs. The plan calls for the work force to return in gradual increments over several months.

“Making tires for luxury cars like Porsches is not essential,” said Jérôme Lorton, the spokesman for the Union Syndicale Solidaires, one of France’s biggest industrial unions. “Protecting workers by keeping them at home during a quarantine is.”

For Mr. Menegaux, an equally potent danger is the economic risk of not resuming production quickly. “I understand the fear that exists,” he said. “I also have fear about Covid-19.”

“But making sure that we are in a position to pay the salaries of our people is of vital importance,” he said. “We can’t live with a 50 percent loss of revenue for a long time,” he added. “Customers need tires. And in order to sell tires, we need to produce.”

A reserved, straight-talking man who spent most of his career at Michelin, Mr. Menegaux, 57, said he was applying lessons learned in China, where its three plants were forced to close through Feb. 10 as the coronavirus bore down.

Michelin’s crisis teams determined in late February that the virus would hit Europe hard and ripple to the United States. They closed sites quickly in Spain, Italy, France, Germany, Britain, the Nordic countries and Eastern Europe to prepare them to reopen with new safety protocols as early as possible.

A new safety regimen for all plants includes adjusted shift schedules to allow extra time for social distancing on arrival and departure at plants, the disinfecting of work stations between shifts, temperature checks and medical screening on arrival, and ample stocks of masks.

None of Michelin’s 8,000 employees in China has gotten the coronavirus since returning to work, Mr. Menegaux said. Two employees from Michelin’s 69 factories in 17 countries died from the virus, which in both cases was contracted outside its facilities, he added.

In the United States and Canada, where some of Michelin’s 19 plants were temporarily shut, sites producing tires for trucks and earth movers have partly reopened. Some others that make passenger car tires remain on standby because of lack of demand, Mr. Menegaux said.

Michelin said it wasn’t testing employees for the virus in France because health agencies weren’t recommending it. But the company has moved to secure its own health supplies by adapting some factories to produce 400,000 surgical masks a week and thousands of gallons of hand sanitizer. It also designed a new silicone-based N95 respirator mask for employees that can be reused up to 100 times.

“I’m telling people they’ll be safer inside our plants than outside,” Mr. Menegaux said.

The unions aren’t so sure. At Michelin’s factory in Cholet, a site in western France where 20 percent of the work force was called back this month, labor leaders filed an internal complaint, saying management was exposing employees to “serious and imminent danger.” They cited a shortage of masks and gloves, the lack of virus tests and an inability to work six feet apart at some machines.

“Employees are already reporting difficulties in maintaining social distancing,” said Mr. Lorton of the Union Syndicale Solidaires. As the company brings more workers back, “it’ll be impossible,” he said.

Michelin said it had addressed the issues and was providing the most protective masks to employees working close together. “I would never put the lives of employees at risk,” Mr. Menegaux said.

The employee callbacks are voluntary — for now. As confinements end, reigniting demand for tires, “at some point there will be some pressure and everyone will have to work,” he said.

Mr. Lorton said unions “won’t block the doors of the factories,” even if employees remain wary. At the end of the day, workers are even more fearful of losing their jobs if the company’s sales and profit slump.

“What we fear is that the world will change, and we won’t be able to work like before,” he said.

For Mr. Menegaux, the coronavirus is the worst crisis for Michelin since World War II, when plants in France were bombed and employees killed.

The aim today, he said, is to recover swiftly — and safely — to make sure employees and the company remain in good health.

“After confinements end, everyone will have to live with Covid one way or another,” he said.