After Reality Star’s Death, Japan Vows to Rip the Mask Off Online Hate 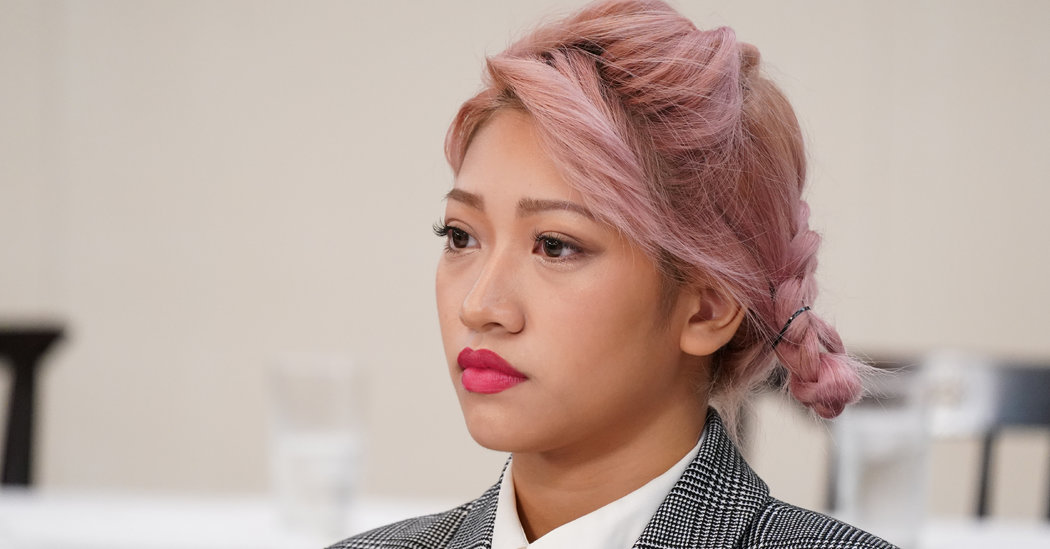 TOKYO — During the last weeks of Hana Kimura’s life, a steady stream of hate washed over her social media accounts. On Twitter, Instagram and Facebook, anonymous posters attacked her appearance, her outspoken behavior and especially her role on “Terrace House,” a popular Japanese reality show where some viewers saw her as a villain.

Her apparent suicide late last month at age 22 has provoked a national call for action against online bullying, thrusting Japan into a global debate over how much responsibility online platforms should have for moderating the content they host.

The Japanese authorities pledged to move quickly to rein in internet trolls, who hide behind a cloak of anonymity to share malicious posts that are sometimes misogynistic or racist. But free-speech advocates fear that measures making it harder for people to hide their identities could chill the country’s rising online activism, which has become an increasingly powerful check on government power.

“There are conflicts with freedom of speech and rights and privacy that are extremely thorny,” said Ayaka Shiomura, a former TV personality and current member of the upper house of Japan’s Parliament who has herself been the target of cyberbullying.

“We have to think about the victims, like Ms. Kimura, first,” she said, but “it’s possible for her situation to be exploited.”

The discussion in Japan echoes a fierce debate in the United States over how far social media companies should go to intervene in users’ posts. Last week, Twitter added labels to two of President Trump’s tweets, directing users to fact-checking materials, and it hid another of his tweets behind a warning, saying it glorified violence.

An incensed Mr. Trump, who has used social media to assail everyone from the world famous to the totally unknown, signed an executive order that could increase the liability of companies like Twitter and Facebook for content posted by users.

In Japan, the authorities have been wrestling for decades with how to police online speech. The country’s anonymous message boards, created in the internet’s early years, became breeding grounds for some of the worst aspects of modern online culture, as users found a thrill in publicly expressing their darkest views with no fear of repercussion.

The Japanese Parliament passed a law nearly 20 years ago that sought to protect victims of online abuse, though lawyers say it has had little effect. Now, since Ms. Kimura died, officials are vowing to put more teeth behind the protections.

The minister of communications, Sanae Takaichi, told reporters that she would move “with speed” to add measures that would make it easier for victims of online abuse to unmask the people behind anonymous posts.

Celebrities, politicians and legal experts have called for even stricter moves, demanding that social media companies be forced to take a more active role in reviewing and removing hate speech.

A coalition that includes Facebook, Twitter and the popular Japanese chat app Line put out a statement shortly after Ms. Kimura’s death saying that they would move swiftly to reduce personal attacks on their platforms. Among the steps could be blanket bans on users who intentionally demean others.

While the move by Twitter in the United States to more actively moderate content has added fuel to claims on the right that the platform is trying to squelch conservative views, in Japan the issue of intervening in online speech has posed a dilemma for the left, as well.

Suspicion of government censorship has deep ties to historical memories of the authorities’ ruthless suppression of free speech before World War II. People on the political left point to the power of unfettered speech to hold the government accountable in a country with a weak political opposition, and say that government regulations could be used to destabilize this growing force.

In May, an overwhelming wave of online criticism led Prime Minister Shinzo Abe to abandon an attempt to extend term limits for the country’s top prosecutors, a move widely seen as an attempt to shore up his political power.

But those on the left also abhor the kind of harassment that may have contributed to Ms. Kimura’s death.

For many viewers, the gentle rhythms of “Terrace House,” a show that throws six strangers together in a beautiful home and gently prods them to couple up, seemed like a refuge from the sometimes sordid drama of other reality dating shows.

Where other shows seemed intent on bringing out the ugliest aspects of their contestants’ personalities, “Terrace House” focused on quotidian pleasures. One of the biggest narrative arcs of the last season centered on one cast member’s struggles to make broccoli pasta.

When the show, which is produced by Fuji TV, was picked up by Netflix, it became a surprise international hit, with reviewers praising its often endearingly awkward content.

But online, some Japanese viewers spewed a constant flow of invective against the show’s cast members, ruthlessly picking apart their every misstep and perceived personality flaw.

Ms. Kimura, a professional wrestler, was subjected to especially harsh attacks. When commenters filled her social media mentions with posts calling her a “gorilla” and asking her to “please disappear,” she responded with a meek apology, asking, “If I do, will people love me?”

In an episode that aired in March, she was shown upbraiding a roommate for shrinking one of her expensive wrestling costumes in the dryer. The trolls piled on, telling her to die and criticizing her for her supposed lack of femininity, her muscular build, her outspokenness and the dark skin she inherited from her Indonesian father.

When the show went on hiatus because of the coronavirus pandemic, Fuji TV re-aired the episode and uploaded additional behind-the-scenes footage to YouTube and the show’s official website, drawing a second barrage of attacks.

On May 23, Ms. Kimura wrote on Twitter that she was receiving as many as 100 “frank opinions” each day. The post was accompanied by photos of multiple cuts on her wrists and arms.

Hours later, Ms. Kimura was found dead in the Tokyo apartment where she lived by herself.

In the ensuing controversy, Fuji TV quickly removed content about the season in which Ms. Kimura appeared from the show’s website and suspended its broadcast. In a statement, the network’s president apologized for not paying closer attention to Ms. Kimura’s mental state, writing that the network’s “awareness of how to help the cast was insufficient.”

As with bullying the world over, in Japan “people who are different from everyone else are often the targets,” said Ikuko Aoyama, an expert on cyberbullying at Tsuru University. “People use social media to knock down people who stand out.”

But “the damage that comes from veering from social norms is maybe more serious for Japanese people than those in Europe or the U.S.,” she said.

The burden of standing out seems to have weighed heavily on Ms. Kimura. In one of her first appearances on “Terrace House,” she told a castmate that she was worried that people hated her outgoing personality.

While her infectious enthusiasm and bubbly warmth made her a favorite with some fans, those traits also attracted scorn from others who came to see her as the show’s “heel,” a wrestling term used to describe a villainous foil for a heroic opponent.

It was the role she played in the ring and was most likely also the one she was expected to play on the show, said Hiromichi Shizume, a producer for Abema TV who has worked on reality shows. Producers often seek to reinforce those casting choices by coaching cast members and by selectively editing the hundreds of hours of footage they shoot.

They also regularly play up conflict on social media, hoping to drive more viewers to the show, Mr. Shizume said.

In Ms. Kimura’s case, “the promotional videos for the shows were edited to show her saying some nasty lines,” he said, adding that “negative posts online really boosted social media interest.”

Producers religiously monitor the social media response to their shows, said Tamaki Tsuda, who works on the high school dating show “Who Is the Wolf?”

“The trash talk drove interest in the show,” she said. “They understood that and used it, and I expect they were aware of what was happening with Hana’s social media.”

While Ms. Kimura’s death has prompted self-reflection about online hate and the nature of reality shows, some in Japan seem impervious to those lessons.

Twitter mobs used her apparent suicide as an excuse to unleash a torrent of invective on other members of the “Terrace House” cast, including the celebrities who appeared on the show to provide color commentary.

One of those targets has been Ryota Yamasato, a popular comedian who often ridiculed the show’s cast. Since Ms. Kimura’s death, commenters have lashed out at him online, filling his mentions with angry demands that he take responsibility.

Others have pushed back. “It’s easy to focus on negative comments,” one anonymous Twitter user wrote. “Please don’t think that that’s all there is, OK?”

If you are having thoughts of suicide, call the National Suicide Prevention Lifeline at 1-800-273-8255 (TALK) or go to SpeakingOfSuicide.com/resources for a list of additional resources. In Japan, call TELL Lifeline at 03-5774-0992 or go to telljp.com/lifeline/.