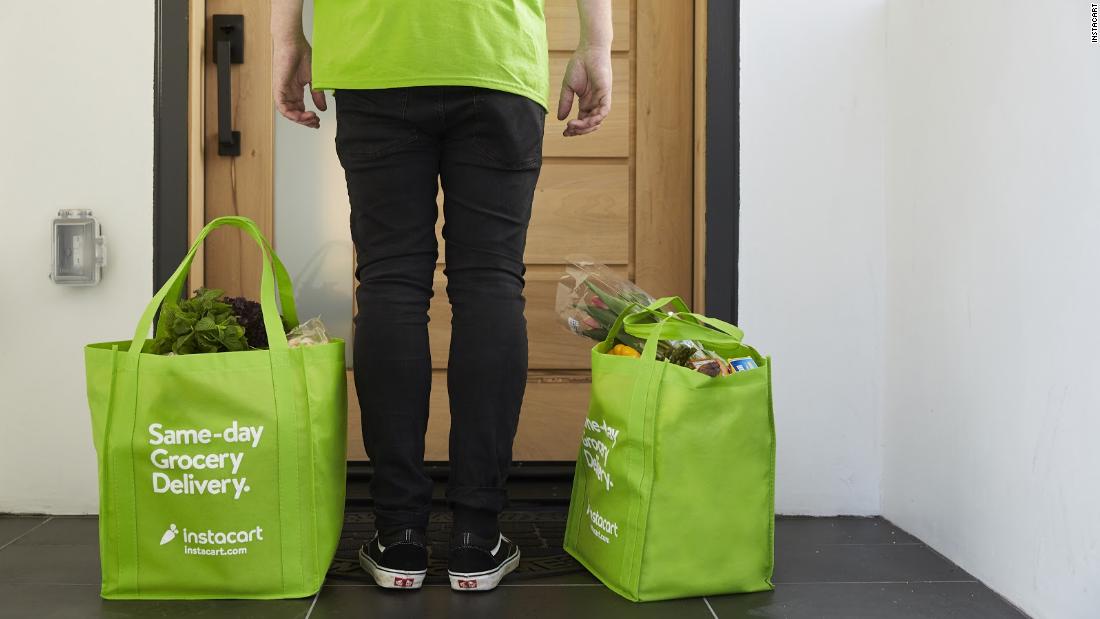 Instacart said Sunday that it will soon begin making hand sanitizer available to its “full service shoppers,” who shop and deliver groceries for the company. It is also making it easier for customers to set their own default tipping percentage in the app.

Instacart is one of several companies delivering essentials to households and now expanding rapidly at a time when much of the American economy is at risk of contracting. Last week, the company announced plans to bring on another 300,000 “full service shoppers” in North America over the next three months to service demand.
But while the company has seen a surge in customer orders in recent weeks and introduced an option for customers to have orders left at their doorsteps, workers have criticized the company for not doing enough for them.
The strike, which is being called for by Instacart shoppers and a newly formed non-profit called Gig Workers Collective, has a list of demands including providing workers with safety items including hand sanitizer, disinfectant wipes, and sprays, hazard pay, and an expansion of its coronavirus pay to include those with underlying health conditions. The workers specified in a Medium post that they wanted an extra $5 per order and a default tip of at least 10% of the order total.

The company has offered up to 14 days of pay for any hourly employee or full-service shopper who is diagnosed with coronavirus. After Gig Workers Collective posted demands Friday, Instacart extended the deadline to apply for these benefits to May 6. It also added contactless alcohol delivery and additional bonuses for its in-store shoppers, who are employees, but not for “full service shoppers” who are treated as independent contractors.

Instacart said the hand sanitizer, which it worked with a third party to manufacture, will be at no cost to shoppers and will be available to order via its website beginning Monday. Meanwhile, the new default tip will not set a minimum of 10% as workers have called for, but it will replace the previous 5% tip default setting to whatever the customer last chose to tip a worker.