Airlines Say Everybody Onboard Must Wear a Mask. So Why Aren’t They? 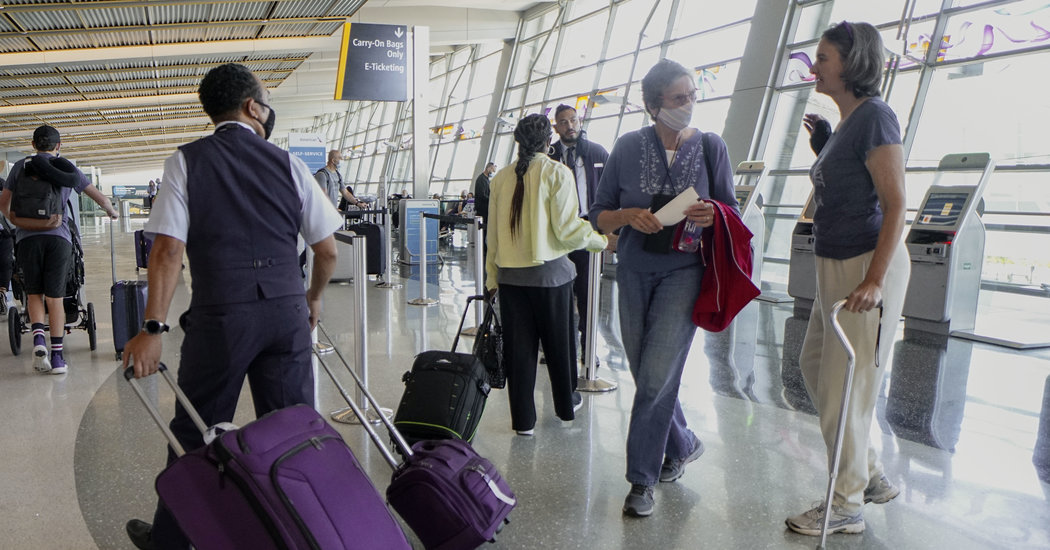 “It’s likely that a traveler who read about how this will work could get to the airport and things are very different by the time they get there,” she said.

The airlines have also said they will leave middle seats open when possible to encourage social distancing and change boarding procedures in order to avoid having big groups congregate at the gate or on the jetway. But passengers have complained that these guidelines are also not always being followed.

Lisa Hanna, a spokeswoman for Delta, said that the airline is requiring people to wear masks “beginning in the check-in lobby, and across Delta touchpoints, including Delta Sky Clubs, in jet bridges and onboard for the duration of the flight — except during the food and beverage service. A face mask is required to begin the boarding process, and also strongly encouraged in high-traffic areas including security lines and restrooms.”

Ross Feinstein, a spokesman for American, said that “American, like other U.S. airlines, requires customers to wear a face covering while on board, and this requirement is enforced at the gate while boarding. We also remind customers with announcements both during boarding and at departure.”

But Tony Scott said that wasn’t the case. Mr. Scott, a 53-year-old marketing executive who lives in Los Angeles, booked a first class ticket on the airline, expecting that with social-distancing policies he would have adequate space. But the passenger next to him, a teenage girl, refused to wear one. When he talked to the flight attendant, he was told that masks were optional, even though the American app said otherwise. The flight attendant later told Mr. Scott that masks were mandatory, but not for children.

“This was a 16-17 year old Caucasian girl,” Mr. Scott wrote on Twitter. “I explained that I’m in the HIGH RISK category as an African-American male with asthma and other health issues. No other accommodation was offered.”