Amazon Angles to Grab Back Customers 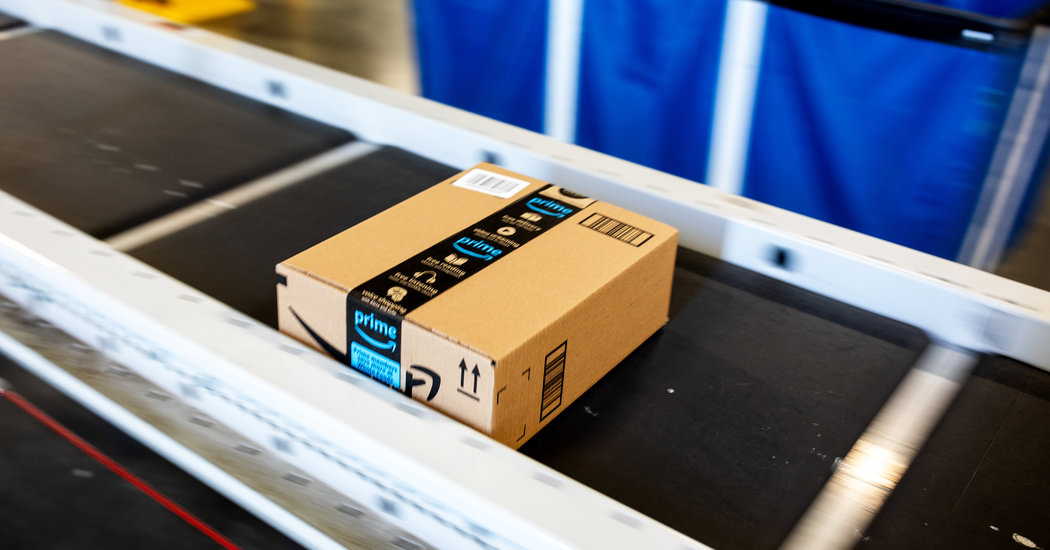 As millions more Americans turned to online shopping during the pandemic, Amazon struggled to keep up with the demand, and its rivals pounced. Target’s online sales shot up 141 percent last quarter, while Walmart’s rose 74 percent. Etsy’s were up almost 80 percent in April.

The company is shipping many more items in a day or two and is again running promotions. It has removed limits on the types of products allowed in its warehouses. And while it has delayed its annual Prime Day, Amazon is preparing for an earlier “Summer Sale” to let brands sell excess inventory, according to an audio recording of an internal meeting discussing the promotion.

The changes position Amazon to recapture its customers who had fled elsewhere when the outbreak took hold. And the moves signal that Amazon’s leaders feel confident that the business, and in particular its shipping network, is no longer in crisis mode in response to the pandemic.

“They eliminated their own competitive advantage they had built over 20 years,” said John Ghiorso, who runs Orca Pacific, an agency that helps brands run their Amazon business. “Now they are getting it back pretty quickly.”

Amazon remains by far the country’s biggest online retailer. But the coronavirus put the tech giant in a new spot: on its heels. The surge of orders overwhelmed its operations, forcing the company to dampen demand and slow shipping on many items from a few days to almost a month. Jeff Bezos, its chief executive, has retaken day-to-day control of operations during the crisis.

While Amazon’s sales did boom, its competitors’ grew even more. Before Covid-19, orders to Amazon accounted for about 42 percent of online spending in the United States. By mid-April, that had fallen to 34 percent, according to data from Rakuten Intelligence, an analytics firm.

The biggest problem facing Amazon has been its fulfillment network, the 500 or so warehouses across the country that let Amazon house, pack and ship products to customers’ doors in two days or less. The efficiency of its network — and the speedy and reliable delivery it provided — is what separated Amazon from its competitors.

As the virus spread and Amazon’s response at times lagged, many workers stayed home, reducing how much product Amazon could handle. The company also struggled to keep popular panic-buying items, like toilet paper, in stock.

Though it took longer than many employees wanted, Amazon put in place new safety measures in its warehouses. On May 1, it stopped allowing unlimited unpaid time off, bringing many nervous employees back to work. It also hired and trained 175,000 new employees. Before, trucks could wait days for someone to unload them; the extra hands let Amazon quickly replenish its warehouses.

Amazon “pushed the rabbit through the python,” said Eric Heller, a former Amazon senior manager who advises major brands at Wunderman Thompson Commerce. Now, he said, “It really feels very much back to normal.”

Kate Scarpa, an Amazon spokeswoman, said, “We know customers want their deliveries as quickly as possible and we are working hard to return all products to faster delivery speeds while helping keep our employees safe.”

Native, a brand of natural deodorants Procter & Gamble bought in 2017, got caught in the roller coaster.

Native had been selling about $1 million a month on Amazon, then it saw a surge in customer orders online as panic buying set in, said Vineet Kumar, who became the brand’s chief executive just before the pandemic started.

When Amazon prioritized essential and other high-demand products, Amazon told customers that Native’s products would take about a month to arrive. The brand’s sales on Amazon quickly fell, but they rose elsewhere online, including on its own site, where traffic jumped 70 percent over the same time a year earlier.

By focusing on critical items, Amazon “made the right call,” Mr. Kumar said, but the period was “so volatile.”

Now, Amazon ships Native products quickly, and Native can introduce new products, which was hard to do when Amazon imposed caps on sending products to the warehouses. “Things have stabilized,” Mr. Kumar said. “We are back on track.”

Amazon is also unwinding the steps it took to throttle customer demand.

For more than a month, Amazon had hid its “Today’s Deals” page, a heavily trafficked page that usually received prominent promotion on its website and app. It also limited the products sold on the page to things that could be downloaded, like software, instead of shipped. About a week ago, the Deals page got its homesite placement back, and the variety of products widened.

“It was under the radar, then all of a sudden promotions were back,” said Fahim Naim, whose company, eShopportunity, helps Native manage its Amazon business.

Amazon is also regaining its grip on companies selling products on the site.

In early April, the company stopped banning brands from selling on the site if they had numerous late or canceled orders. “We made this decision after hearing from many of you about supply chain and fulfillment difficulties you were having,” Amazon later explained to sellers.

But last week, the company told brands that on June 1 it would “restart tracking and enforcing selling accounts with high cancellation rate, late shipment rate, or order defect rate per our established order performance standards.”

Mr. Heller spotted another sign that Amazon’s confidence had returned. A co-worker noticed that Amazon was promising overnight delivery by 8 a.m. for a case of snack-size popcorn — a very fast turnaround.