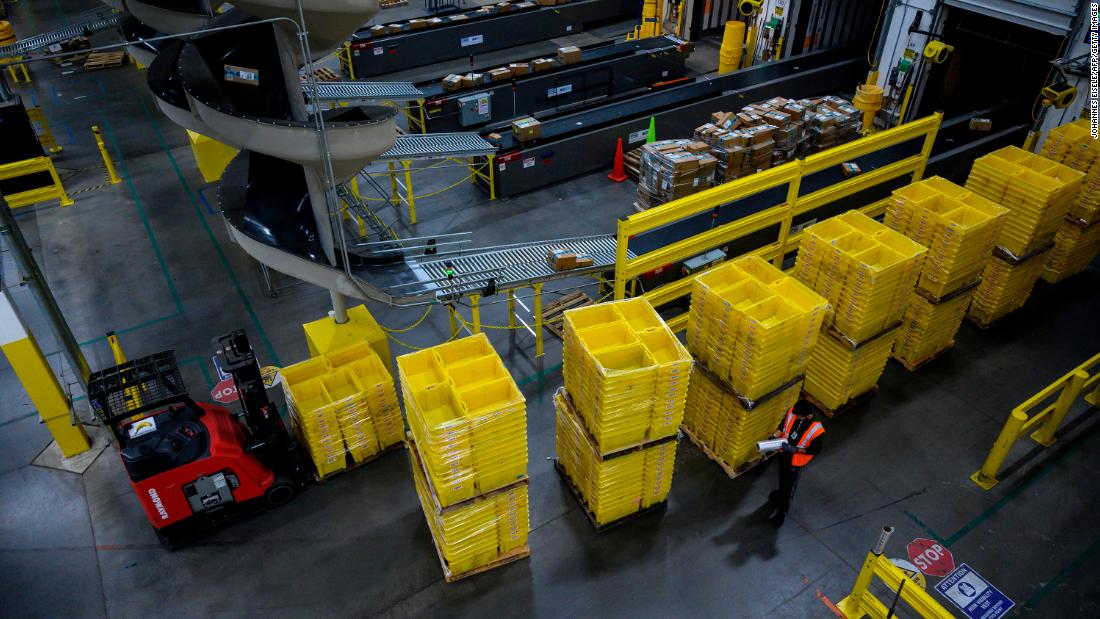 An Amazon (AMZN) spokesperson said online shopping has surged as coronavirus spreads, and it is out of stock on some household staples and medical supplies. On Saturday, the company said some shipment times could be longer than usual.

“With this in mind, we are temporarily prioritizing household staples, medical supplies and other high-demand products coming into our fulfillment centers so we can more quickly receive, restock and ship these products to customers,” the spokesperson said.

Third-party sellers, which make up nearly 60% of the Amazon marketplace, will also be subject to the new rules. Those sellers can choose to use Amazon’s distribution network rather than shipping goods out themselves — allowing them to take advantage of, for example, Amazon’s two-day shipping.

When third-party sellers on the platform use Amazon’s shipping and fulfillment services, they send their goods to an Amazon warehouse and they are delivered by the company from there.

The company’s Tuesday announcement means there will be a change in what kinds of products those third-party sellers can send to warehouses to be shipped out by Amazon.

The change is expected to be in effect from March 17 through April 5.

“We’re working closely with our sellers to prioritize the shipment of and delivery of needed supplies, medical supplies, household goods and the like,” Carney said. “We’re taking that action now in our fulfillment centers to create that prioritization, and we’re working directly with our suppliers for Amazon retail, Amazon inventory to do the same. Obviously, there’s a great demand for these products and we want to make sure customers get them.”

In another effort to keep up with demand, Amazon announced Monday it plans to hire 100,000 new fulfillment center and distribution network workers.

Additionally, Amazon said it is raising pay for distribution and warehouse workers to better compensate them amid the rush. It is raising base pay for workers by $2 — from $15 to $17 — though pay is higher in many parts of the country. Carney said that pay increase will least at least through April.