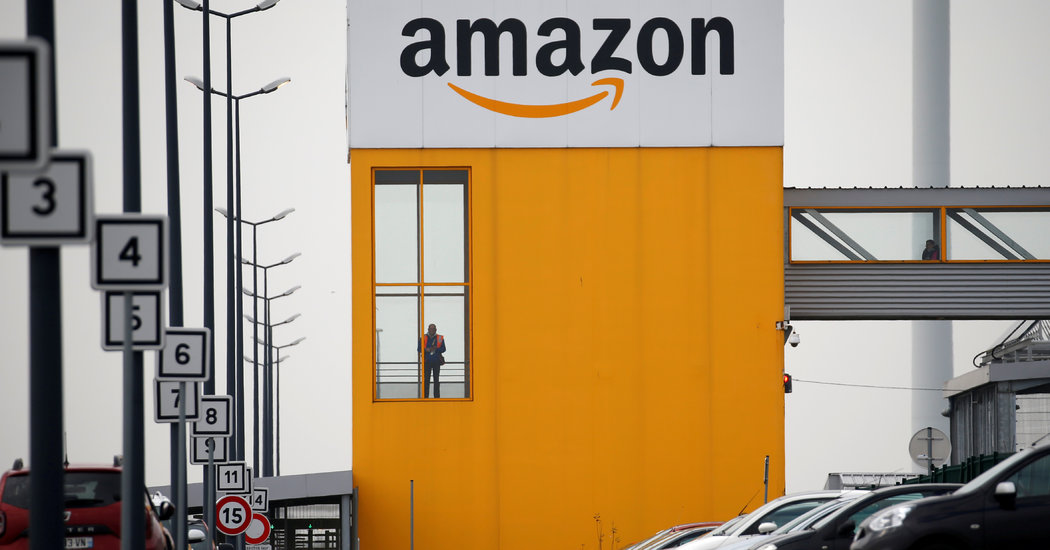 PARIS — Amazon lost an appeal on Friday of a French court decision ordering the e-commerce giant to stop delivering nonessential items in France during the coronavirus crisis to protect workers, raising questions about the immediate future of its business in the country.

The Versailles Court of Appeals upheld a lower-court ruling from last week that prompted Amazon to shutter its six mammoth warehouses around France for a week and put its 10,000 workers on paid furlough.

Under the ruling, Amazon can deliver only health items, food, pet food and electronics until it carries out a risk evaluation of its sites with French unions, which have clashed with Amazon for refusing to engage with them on health protocols to protect employees from the threat of the virus at Amazon’s warehouses.

The court said Amazon would be fined 100,000 euros, or around $108,000 for every delivery not meeting the requirement. The court said it would review Amazon’s progress in a month.

In a statement, Amazon said it had “taken note of the outcome” and remained “perplexed” by the decision. It added in a statement on Twitter that it was assessing the consequences for its business and employees in France, as well as the impact on its consumers and the numerous small and midsize French businesses that sell on its platform.

The decision Friday raises the stakes for Amazon in France, where unions wield outsize power and have been leveraging the coronavirus crisis to press companies on employee rights. Amazon also faces mounting scrutiny in the United States over the effectiveness of safety measures it has used to protect employees from the coronavirus while trying to meet a huge demand for orders.

Amazon last week criticized French unions that brought the court case, saying it had provided “concrete evidence” that it had worked to strengthen safety measures at warehouses around France. Frederic Duval, the chief executive of Amazon France, told French television last week that the company had spent “colossal amounts” on health precautions, including sanitary gels and face masks.

The lower court did not order Amazon to shut its French warehouses, but the online giant decided to do so because the court threatened it with a €1 million fine for every day that it did not comply with the ruling.

Employees were told to stay home, and Amazon informed customers in France that their orders would be fulfilled by warehouses in Germany, Belgium and other European countries.

The ruling Friday still allows Amazon to deliver a restricted array of products from its French warehouses, but requires it to restart its whole risk assessment of the warehouses in consultation with the unions.

The Versailles court upheld the lower court’s ruling that Amazon had not provided adequate sanitary conditions in certain areas of the workplace, including locker rooms and entrances. It also upheld a union demand that Amazon take into account the mental well-being of employees working under fear of getting sick, including reorganizing work schedules and work teams to alleviate duress.

The ruling pointed to a critical dilemma facing companies during the pandemic, said Lionel Vuidard, a labor lawyer at the Paris office of Linklaters law firm.

“The decision raises the question of: How do you balance two principles, which is protecting the health and safety of employees while keeping the business running and preserving jobs?” Mr. Vuidard said.

One way or another, the court ruling Friday was “stringent,” Mr. Vuidard said. Amazon had put in place a number of measures to preserve the health and safety of its employees, but it nonetheless failed to consult with employee representatives and labor unions — a condition of doing business in France.

Not everyone is happy with the union’s lawsuit. Many Amazon workers are worried about losing their jobs in a French economy that has been hammered by a monthlong quarantine to contain the virus. This week, around 15,000 workers signed a petition urging the reopening of distribution centers.

“The unions didn’t ask us what we thought,” said Priscilla Soares, one of two employees at an Amazon site in northern France who started the petition.