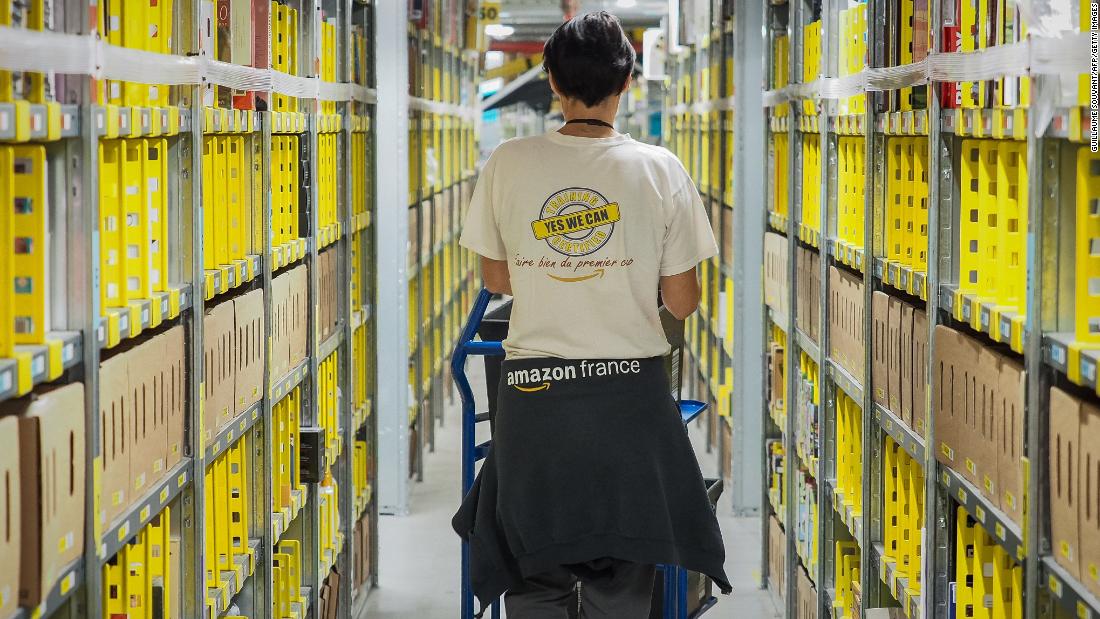 The ruling on Tuesday followed the filing of a complaint by a French labor union which accused the online delivery giant of endangering the lives of workers.

In a statement Wednesday, the company said it was “perplexed” by the court ruling that ordered Amazon (AMZN) to restrict its local delivery operations to essential goods only, or face a penalty of 1 million euros ($1.1 million) for each day it failed to comply.

Amazon said it plans to appeal the ruling.

After initially only warning on Wednesday they might shut down their warehouses, the company confirmed the decision a few hours later.

Citing the high penalties imposed by the court and the “complexity inherent in our logistic activities,” Amazon said it would temporarily suspend activities in their distribution centers “despite the huge investment that we have made to ensure and strengthen by additional measures the safety of our employees who remained mobilized during this crisis.”

The company said it will ask employees of their distribution centers to stay at home, but “will continue to serve our customers in France through independent companies that sell on Amazon” through its global distribution network.

France suspended all non-essential business last month, a measure that is set to remain in place until May 11.

The French court on Tuesday also required that the company carry out an assessment of the “occupational risks inherent in the Covid-19 epidemic” in all of its warehouses.

Amazon said it has already implemented safety measures including “temperature checks, masks, and enforced social distancing which have received the approval of health and safety representatives at multiple sites.”

Amazon has faced criticism in the United States over the health and safety of workers as it faces increasing demands on its services during the pandemic. Last week, the company said it may begin firing employees who “intentionally violate” its social distancing guidelines, despite complaints from workers who say the demands of their job make it impossible to comply with the policy.