AMC Says ‘Almost All’ U.S. Theaters Will Reopen in July 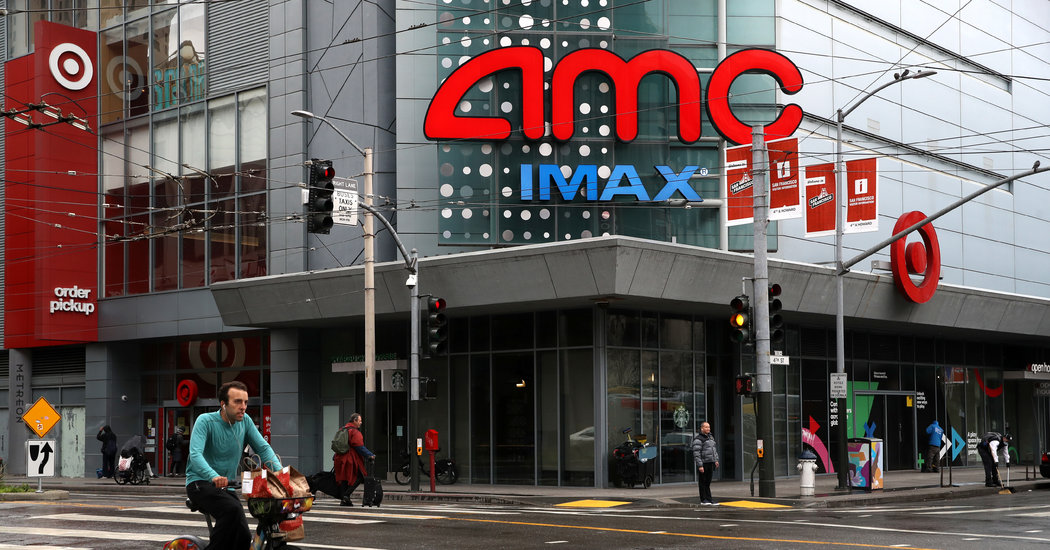 LOS ANGELES — It’s almost showtime. But how many people will show?

Movie theaters around the world are reopening, with AMC Theaters, the world’s largest cineplex operator, announcing on Tuesday that “almost all” of its locations in the United States and Britain would reopen next month. Over all, theaters in 90 percent of overseas markets will be running again by mid-July, according to the National Association of Theater Owners, a trade organization for movie exhibitors in 98 countries.

In just three weeks, Hollywood is scheduled to restart its supply pipeline of new films. “Unhinged,” a $33 million Russell Crowe thriller, will arrive in theaters on July 1, followed in mid-July by Christopher Nolan’s “Tenet,” a $200 million-plus mind bender.

The question, however, is whether people — even while watching movies in well-sanitized theaters with limited capacity — will feel safe from the coronavirus, the spread of which rose to a worldwide high on Sunday, as measured by new cases. As the United States has started to reopen its economy, new hot spots have emerged. Mass protests against police brutality raise the specter of a coronavirus surge in the coming weeks.

“Moviegoers will be looking for assurance that conditions are completely safe,” said David A. Gross, who runs Franchise Entertainment Research, a movie consultancy. “There is real and legitimate concern.”

Theater executives say they are confident that aggressive safety measures will offset any fears. Some states, including California, the nation’s No. 1 movie market (New York is second), are requiring cinemas to limit capacity to 25 percent, at least initially. Groups will be seated at least six feet apart in a “checkerboard” style. Some cinemas may designate arrival times for ticket buyers to reduce last-minute crowding at concession counters. More theaters will allow patrons to order concessions with their phones. Seats will be sanitized before each showtime; California officials asked theater owners to consider using disposable seat covers.

Theater employees will be required to wear masks. Moviegoers may only be encouraged to wear them.

AMC said it was looking into high-tech vacuums, “electrostatic sprayers” and upgraded ventilation systems. Clorox may serve as an cleanliness adviser.

“We are confident we are taking the necessary steps on a broad array of fronts,” Adam Aron, AMC’s chief executive, said.

Theater owners are desperate to start selling tickets again. The Kansas-based AMC said on Tuesday that it lost $2.18 billion in its latest quarter, compared with a loss of $130 million a year earlier. Revenue totaled $942 million, a 22 percent decline. As of April 30, AMC had $718 million in cash, enough to stave off bankruptcy through the fall even if theaters remain closed.

“There will be significant pent-up demand,” Mr. Aron told analysts on Tuesday, citing early ticket sales in Norway, where AMC theaters began to reopen last week. He said that 83 percent of available tickets had been sold and that concession sales were commensurate with a year ago. “Amazing but true,” he said.

Last week, AMC, which is controlled by China’s Dalian Wanda Group, said in a filing that “substantial doubt exists about our ability to continue as a going concern for a reasonable period of time” because of the disruption caused by the pandemic.

The sputtering U.S. economy could pose additional challenges. Moviegoing has been relatively recession proof in recent decades, but this time could be different. The economic fallout of the pandemic has been severe, with tens of millions of people out of work.

“We are under no illusions,” Mr. Aron said. “The waters will be choppy. There may be unforeseen tosses and turns.”

Cinemark, a Texas-based chain that operates 6,132 screens in the United States and Latin America, recently reported a quarterly loss of about $59 million, compared with profit of $33 million a year earlier. Revenue totaled $544 million, a 24 percent decline. Cinemark has a cash balance of roughly $640 million.

Cinemark said it would begin reopening theaters in the United States on June 19, with the goal of having every location popping popcorn again by July 10.

“We will have a significant amount of promotion and welcome-back pricing,” Mark Zoradi, Cinemark’s chief executive, told analysts on a conference call, emphasizing “highly discounted” concessions.

The Tennessee-based Regal Theaters, which operates cinemas in 42 states, has indicated that it would also reopen in July. Regal has been owned by Cineworld of Britain since 2018. Cineworld has not yet reported financial information for the spring period.

Theaters were already feeling pressured by streaming before the pandemic. Since theaters have been shut, some studios have released movies through video services. Last month, Universal vowed to make more films available without an exclusive theatrical run even when theaters reopen, prompting Mr. Aron to announce a boycott of Universal films.

“With this proposed action to go to the home and theaters simultaneously, Universal is breaking the business model and dealings between our two companies,” he said in a letter to the studio’s chairwoman, Donna Langley.

His tone was more measured on Tuesday. “We are in active negotiations with Universal, but no movies made by Universal Studios are currently on our docket,” Mr. Aron said. “We will see how it all shakes out.”