America is facing its first economic downturn since 2014 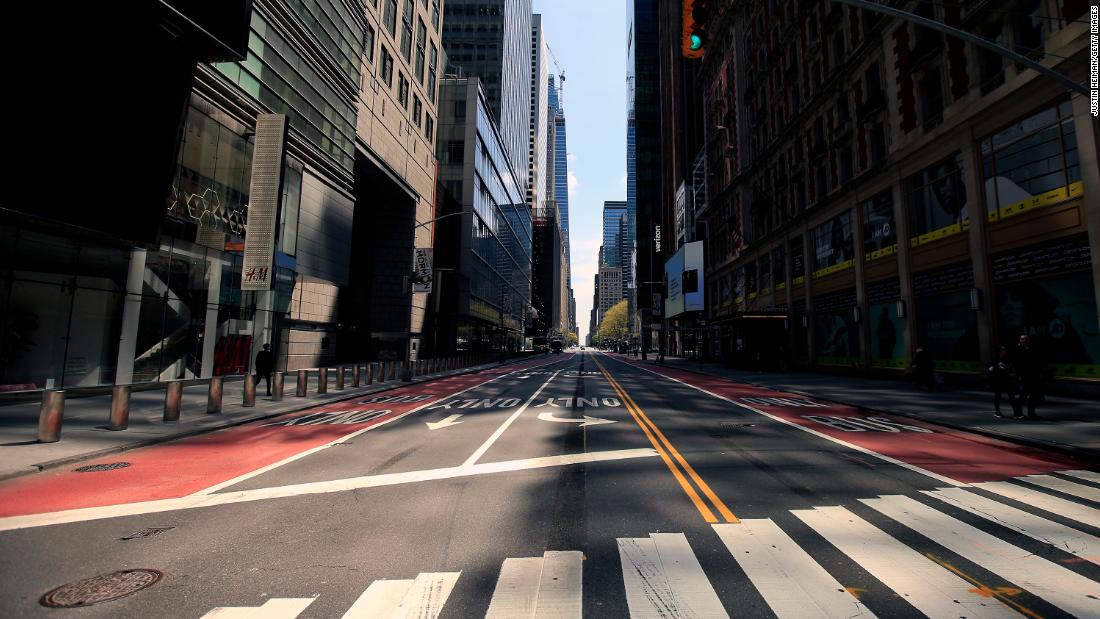 But the abrupt and nearly universal shutdown probably more than offset any economic growth from January and February. Businesses shut down and workers stayed home, while mass lay offs led claims for unemployment benefits to spike.
Economists surveyed by Refinitiv expect the US economy contracted at a 4% annualized rate, compared to a 2.1% growth rate in the fourth quarter of last year. It would be the first quarterly contraction since the first three months of 2014, and the worst drop since the first quarter of 2009, when the economy contracted by an annualized 4.4% rate in the midst of the financial crisis.

If the economy fared worse than expected between January and March, it could be the worst quarterly performance since the fourth quarter of 2008, when the economy shrank an annualized 8.4%.

The Commerce Department is set to release the first-quarter gross domestic product report on Wednesday morning at 8:30 am ET. GDP is the most expansive measure of the US economy.

Efforts to heal the economy

The Federal Reserve has deployed a myriad of monetary policy measures, while the government has passed the CARES fiscal stimulus act to help soften the blow from the coronavirus pandemic. But none of these measures will do enough to prevent economic pain in the near-term.

After all, the vast majority — some 95% — of the economy and individuals are under stay-at-home orders, said Citi economist Andrew Hollenhorst.

America is in a deep recession, said economists at Goldman Sachs, who expect at 4.8% drop in Wednesday’s report.

The reality may be even worse. Wednesday’s number is just an “advance reading,” a first estimate, which includes assumptions for data that isn’t yet available. This means first-quarter GDP growth could be revised lower as more data trickles in, the Goldman economists noted.

One recent data point that is giving economists pause is last month’s sharp drop in retail sales, which plunged nearly 9%, the steepest drop since the data series began in 1992.

Consumers make up two-thirds of America’s economy. Although people stockpiled certain goods in March, which may have kept the economic numbers from looking worse, the sharp drop in retail sales is a bad omen.

Consumer spending, which is the backbone of the US economy, is expected to fall further as incomes dropped and millions of people lost theirs jobs, said Andrew Hunter, senior economist at Capital Economics.

The economy’s first-quarter report card, although probably an “F,” will almost certainly look comparatively much better than the current quarter, when the full impact of the pandemic will become visible. Experts predict a sharp contraction in the second quarter, though exact forecasts are all over the place, with some economists projecting as much as a 40% annualized decline.

White House economic adviser Kevin Hassett said during a CNN interview Tuesday that the shock to economic data — including Wednesday’s GDP report, and next week’s April jobs report — will show the US economy is in its worst shape since the Great Depression.

US GDP contracted 27% at the height of the Great Depression, so that is not a good neighborhood to be in.

Wednesday’s expected GDP contraction will give economists a closer look at the crisis’ actual impact. That will help forecasts going forward, including prospects for the speed and strength of the recovery, noted John Velis, currencies and macro strategist at BNY Mellon.