America is in turmoil and stocks are booming. Is the market broken? 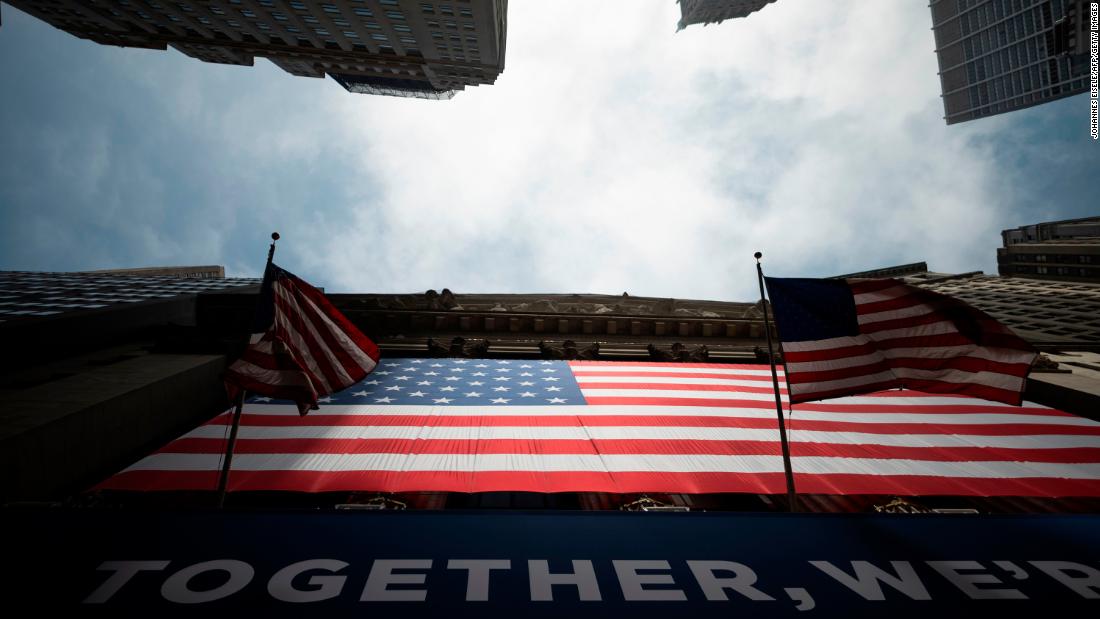 The S&P 500 closed Tuesday at the highest level in nearly three months. The Nasdaq has spiked 40% since March 23, fueled by the resilience of Big Tech, and is now within striking distance of all-time highs.

There are two major reasons for this: unprecedented stimulus from the Federal Reserve, and investors not wanting to miss out on monster returns once the economy recovers.

Joe Brusuelas, chief economist at RSM International, said he can’t recall a time when the disconnect between Wall Street and the real economy was this great. He blamed in part the sharp decline in the number of public companies in the United States.

“The market is broken. It no longer reflects a forward outlook that is truly aligned in the real economy,” he said. “That’s a problem because at some point, the public will say these markets are rigged.

“This is like a fire bell in the night. This moment. Suddenly seeing rioting in cities all over the country,” Shiller said, quoting Thomas Jefferson’s famous 1820 description of the extension of slavery in the Missouri Compromise as something that filled the founding father with “terror.”

One reason Wall Street continues to celebrate, despite the turmoil taking place in its city and others, is the forceful economic rescue mounted by the federal government.

Most notably, coronavirus spurred the Federal Reserve to take steps that make its 2008 response look tame by comparison. The Fed slashed interest rates to zero, promised to buy an unlimited amount of bonds, rolled out a series of emergency programs and is directing the purchase of junk bonds.

The Fed response, led by Chairman Jerome Powell, has worked wonders at revitalizing financial markets that seized up just three months ago. And Powell has vowed to do more, if necessary.

That means that while Main Street is still grappling with coronavirus, racial crisis and the impacts of both, Wall Street is doing just fine. Fed policy has allowed markets to decouple from economic reality.

It’s also normal for markets to sniff out recoveries long before average Americans feel them. That’s what happened when US stocks bottomed in March 2009, even though the economy was still in shambles. That began the longest bull market in American history.

There are some faint signs that the current economy is bottoming. For instance, the number of unemployment claims has gradually declined, and mortgage applications are rising. Airline passenger activity is climbing as well.

Shiller, the author of “Irrational Exuberance,” said many investors have FOMO, or fear of missing out, because they didn’t participate in the last bull market: “They remember not catching it last time.”

And then there’s the impact of Trump’s public confidence in the economy’s ability to rebound rapidly.

How will the economy be affected?

Yet there are concerns that the recovery could be delayed or derailed by the race crisis, depending upon how long it lasts. Already-weak consumer and business confidence could fall further, leading to additional cuts to the spending that drives the economy.

“It’s going to be a depressant. It will slow the trajectory of the reopening in the short term,” said Danielle DiMartino Booth, CEO and chief strategist at Quill Intelligence. “If this persists, it will add a whole new level of uncertainty.”

It’s too early to know whether the unrest will worsen the pandemic. Although some protesters are wearing masks, many others are not.

US Surgeon General Dr. Jerome Adams told Politico on Monday there is “every reason that we will see new clusters and potentially new outbreaks” following the protests. That could force some states to unwind their plans to reopen businesses.

“We have to worry about the potential for a resurgence in infections. Any one of these protests could be a super-spreader event,” said Hooper.

Although the unrest was initially sparked by the killing of George Floyd, the continued broader economic discontent is an undercurrent. The United States has long suffered from stark inequality, particularly across race and gender divides, and the lack of reckoning has fueled a sense that the American dream is not alive and well.

The divide between rich and poor was worsened by the Great Recession and its aftermath. The US government’s response relied heavily on easy money from the Fed, rather than the kind of fiscal stimulus that can help lower-income Americans.

“The policies used to get out of the great financial crisis exacerbated wealth inequality,” said Invesco’s Hooper.

Extreme inequality isn’t just a social issue. It could become a problem for Wall Street.

That’s because it can lead to periods of instability that make businesses and consumers reluctant to spend, hurting corporate profits. And inequality will increase the popularity of proposals to make sweeping changes to a system that some voters see as rigged such as Elizabeth Warren’s push for a wealth tax.

Unrest could amplify the divide even further

A similar story is playing out today.

First, the coronavirus pandemic disproportionately hit poorer Americans, many of whom work in the hospitality and service sectors rocked by the pandemic. Nearly 40% of low-income workers lost their jobs in March alone, according to the Fed.

Secondly, the decoupling of the stock market from the real economy is amplifying inequality because many poorer Americans have little to no exposure to stocks.

“They’re not benefiting from the rise of Amazon and Microsoft. They live in a completely different world,” said Brusuelas.

And then there’s the civil unrest, which doesn’t just reflect inequality. In an economic sense, it could have the unfortunate side effect of making the divide even worse.

Lower-income communities have been hit hard by riots, looting and vandalism. It can take years for less affluent neighborhoods and small businesses, many of which were already hurting from the pandemic, to recover from the damage.

“This will exacerbate the divide,” said Booth. “Two weeks of delayed reopening won’t affect Target or Walmart. But for small businesses barely holding on, it could make the difference between life and death.”