America just had its biggest monthly surge in retail sales. But that’s not the full story 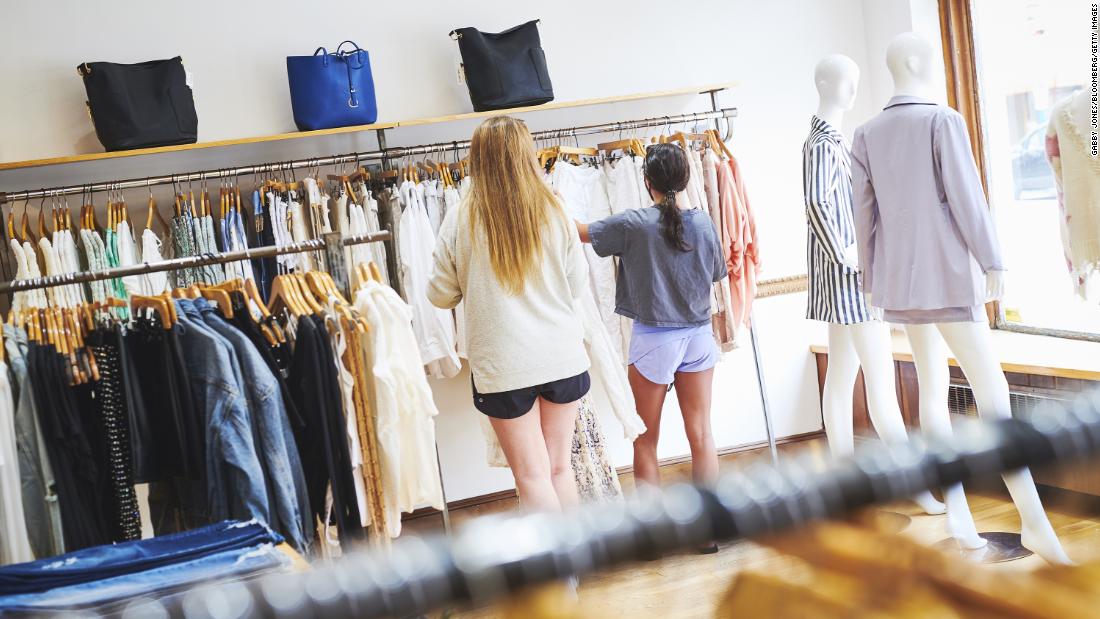 The increase was far better than economists had expected. Industry sales in May were expected to climb 8% from April, according to consensus estimates from Refinitiv.

This was the biggest one-month surge in history, dating back to 1992. Still, sales in May were down 6.1% compared with last year, according to the Census Bureau.

Sales increases were driven by a rebound at clothing and accessories stores, which rose 188% in May, according to the Census Bureau. Furniture and home furnishings stores and sporting goods stores also saw sales jump.

But retail analysts have cautioned that the recovery could be short-lived if US consumers become less willing to spend on discretionary items like clothing, especially if there’s a second wave of the virus.

Additionally, the federal government’s stimulus package and enhanced unemployment benefits of an additional $600 a week have boosted retail sales, economists say. The benefits are scheduled to end next month.

“It is clear that huge fiscal and monetary support, including the extra $600 per week in unemployment benefit, has given households the income and the confidence to spend. However, this $600 extra payment ends in July and we must remember that employment is still 20 million down on where it was at the beginning of the year,” James Knightley, chief international economist at ING Economics, said in a research note.

Overall, the pandemic has slammed the retail industry.

So far in 2020, more than 4,000 stores have said they will permanently close, according to a report released last week by Coresight Research, a retail research and advisory firm. It anticipates closures will snowball and set a new annual record this year of as many as 25,000, breaking last year’s record 9,302 closures tracked by the firm.

Pier 1 Imports (PIRRQ), JCPenney (JCP) and Tuesday Morning (TUES), which have all filed for bankruptcy, have announced intentions to close hundreds of stores. GNC (GNC) and Victoria’s Secret are closing hundreds more.

Jaime Ward, head of retail finance at Citizens Bank, said Tuesday that the “the dramatic bounce back in retail sales last month is an extremely positive sign for the direction of the U.S. economy, but the declines over the past few months have squeezed many US retailers.”