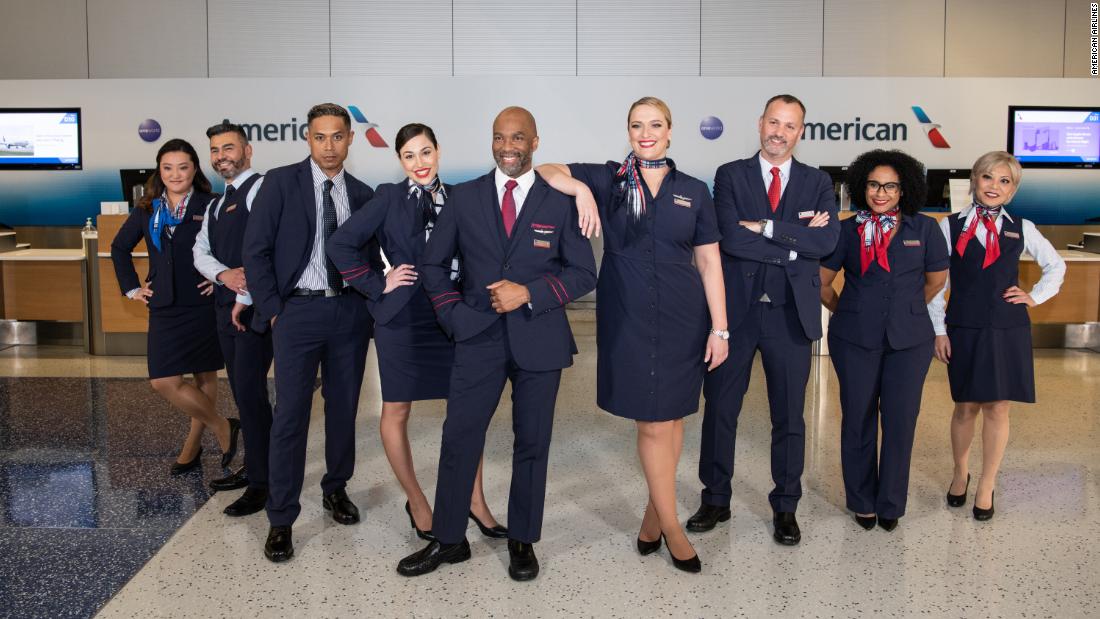 There’s a greater emphasis on safety and employee feedback on the new uniforms, which are rolling out Monday to its front-facing workers, including ticket agents and flight attendants. The clothes were developed with the “highest levels of safety, input and choice,” the airline said in a press release.

American (AAL) severed ties in 2017 with Twin Hill because the previous clothes sparked more than 1,600 health complaints by cabin crews. Employees said those uniforms caused headaches, rashes and respiratory problems. The airline and Twin Hill, however, said they were safe.

The carrier chose Lands End to manufacturer of the new uniforms. To ensure these were safe, American doubled the number of employees from 500 to 1,000 to test them for six months and said they were produced with a stricter certification process.

American for the first time is also letting employees choose the fabric they can wear — wool-blend or synthetic. Some employees said the illnesses were caused by the type of fabric they were wearing in the previous iteration and weren’t given a fabric choice.

The new uniforms are the “safest airline uniform in the industry,” said Lori Bassani, the president of the Association of Professional Flight Attendants, which represents American.

“Our union representatives were involved every step of the way to ensure that this uniform reached the highest standards, right down to the thread, buttons, and zippers,” Bassani told CNN Business.

Uniforms made by Lands’ End have been causing problems for Delta Air Lines (DAL). More than 500 employee sued Lands’ End because they claimed that their uniforms caused various illnesses including vocal cord dysfunction, breathing difficulties and skin blisters. Delta said the uniforms were safe but has started the process to create new uniforms within the next year.
For American, the new uniforms mirror the patriotic hue seen across its branding and airplanes’ livery. The airline replaced the black and gray clothing with a new navy-like color called Aviation Blue. Employees also have new options for machinable-washable scarves, slim-fit pants and improved pockets.