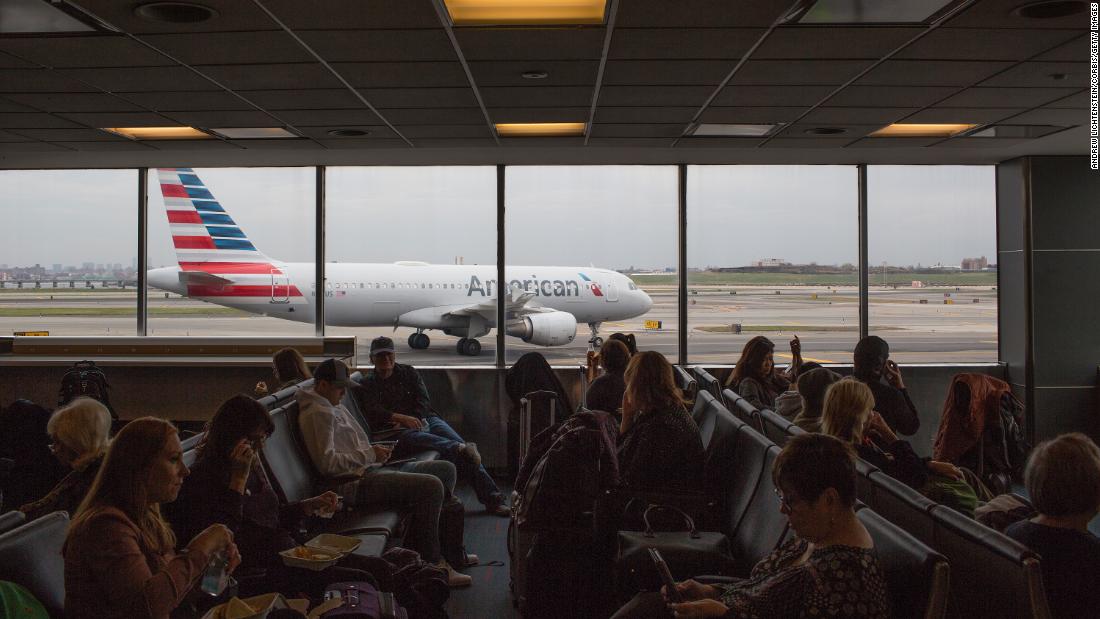 Although American (AAL) didn’t mention the coronavirus in its change fee announcement on Sunday evening, fears over the outbreak have probably dented bookings for the upcoming spring break and Easter travel season, as well as summer travel. Those are among the key periods of the year for US airlines.

“[Waiving the change fee] is probably the only way I can get people to book,” said Michael Boyd, an airline consultant. “There’s just too much uncertainty right now among passengers. I think all the airlines are going to have to go to it at some point.”

American charges varying change fees, but they can be as high as $200 for a domestic flight or $750 for an international flight changed before the day of travel. Same-day change fees range from $75 to $150.

For now, the fee waiver covers only tickets purchased between Sunday evening and March 16. To qualify, passengers must change or cancel travel plans at least 14 days before the scheduled flight. The flights can be moved to any future date for which American is taking reservations.

Those charges add up. American collected $206.7 million in change fees in just the third quarter of last year, the most recent period for which data is available, and $821.5 million in the 12 months ending in September, according to the US Bureau of Transportation Statistics.

“While authorities have not issued any travel restrictions to the locations we fly, we want to give our customers some peace of mind that we are ready to support them should the situation change,” JetBlue President Joanna Geraghty said in the statement.

Delta Air Lines (DAL) said it is waiving change fees only on flights to cities where there has been an outbreak of the virus, including Beijing and Shanghai, China, Seoul, South Korea and numerous cities in Northern Italy. The airline also announced Monday it was discontinuing service between New York’s John F. Kennedy International Airport and Milan, effective through the end of April.
But Delta has not suspended change fees. Neither has United Airlines (UAL). Southwest Airlines (LUV), the other major US carrier, generally does not charge change fees.

Several US airline CEOs are set to meet with Vice President Mike Pence on Wednesday, Pence’s office confirmed Monday. Pence, who is leading the government response to coronavirus, will also meet with cruise line CEOs on Saturday.

Airline stocks have been hit particularly hard in the recent market sell-off. The NYSE Arca Airline stock index has lost nearly 25% of its value since the close on Friday, February 21.