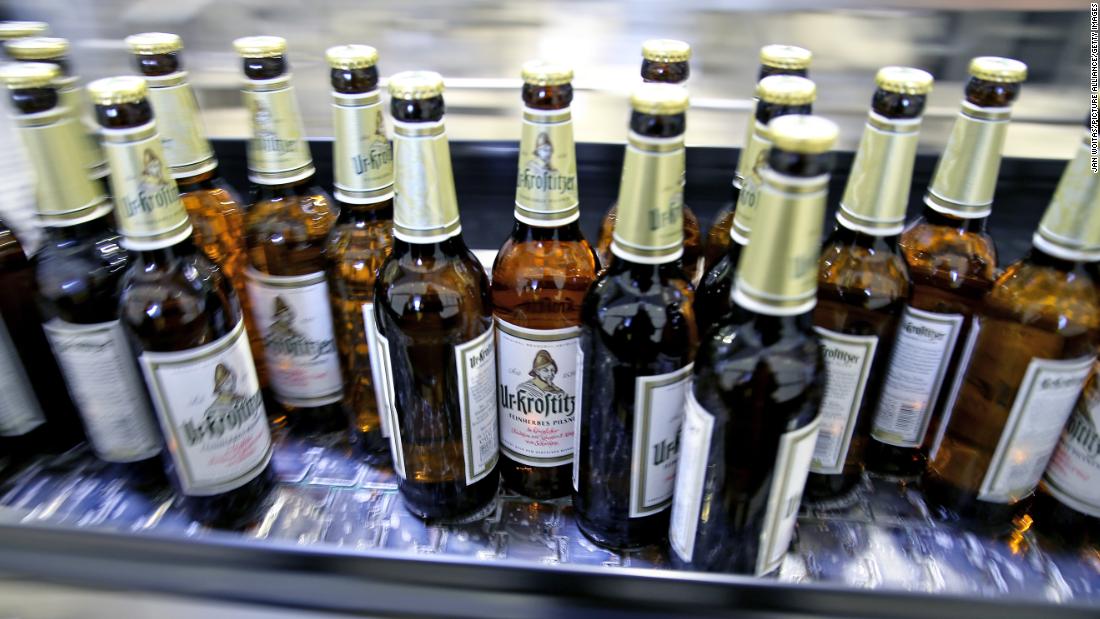 “This is exactly the wrong move at the wrong time. We’re inching toward the same mistakes we made during the Great Depression,” said Joe Brusuelas, chief economist at RSM International.

Economists agree the Great Depression was worsened by tariff policies — namely, the Smoot-Hawley Act of 1930, which imposed tariffs on all countries that shipped products to America. Trading partners promptly retaliated by slapping tariffs on US goods.
“For many of us, Smoot-Hawley was a joke in ‘Ferris Bueller’s Day Off.’ This is not a joke. This is very serious,” Brusuelas said. “It would be a significant policy error that would put at risk the nascent recovery.”

Trump’s tariff threats are part of a US-European battle over government subsidies to aircraft makers. The World Trade Organization ruled in 2018 that the European Union helped Airbus with unfair subsidies, clearing the path for new tariffs from the United States. The Trump administration signaled this week it plans to retaliate by slapping tariffs on $3.1 billion of goods from Europe, including olives, chocolate, gin and yogurt.
But these tariffs would only add to the vast uncertainty in the world economy right now. The International Monetary Fund on Wednesday downgraded its global growth forecast, warning of a contraction of nearly 5% in 2020.

“This is not the time to engage in a trade war and [we] simply cannot believe that the WTO can’t come up with a better solution,” Win Thin, global head of currency strategy at Brown Brothers Harriman, wrote in a note to clients Wednesday.

The Trump administration is also pushing Canada to impose quotas to slow aluminum exports — or else it will snap back a 10% tariff on the metal, Politico reported.

“Bringing back these tariffs would be like a bad horror movie,” Neil Herrington, senior vice president for the Americas at the US Chamber of Commerce, said in a statement on Tuesday.

Although tariffs could help aluminum makers, they would add to the pain for the already-struggling auto industry.

“If anything, it’s more likely to hurt American businesses than help them,” said Gus Faucher, chief economist at PNC. “It’s going to raise costs for producers and consumers.”

The US-China trade war has already showed protectionism can depress business spending, dampen confidence and scramble supply chains. That’s not to mention the blow it deals to the S&P 500, as companies like Nike (NKE) and Apple (AAPL) generate a big chunk of their sales from overseas.

While US tariffs on Canada would have a relatively small impact on the economy, “certainly that’s not what you want to be doing when you’re trying to climb out of a steep recession,” Faucher said.

Likewise, it’s an odd time to crack down on immigration. Yet the Trump administration introduced new restrictions on visas that allow immigrants to temporarily work in the United States.

Trump signed an immigration proclamation in April that targeted people outside the United States trying to legally migrate to the country. That order was set to lapse — but it will now be extended until the end of 2020 and expanded to include some guest worker visas.

The proclamation cited a desire to “protect unemployed Americans from the threat of competition for scarce jobs from new lawful permanent residents.”

But economists warned restricting immigration is another policy error, especially during a pandemic.

“We’re in the midst of a medical crisis. The last thing we want to do is discourage skilled workers from coming to the United States and helping us solve the problems we have,” Faucher said.

Even before the pandemic, the US economy was growing too slowly in part because of an aging population. Underlying labor force growth is as weak as it has been since the end of World War II, according to Faucher. That in turn makes it harder to pay for the retirement of Baby Boomers.

Thomas Donohue, CEO of the US Chamber of Commerce, slammed the policy as a “severe and sweeping attempt to restrict legal immigration.”
“Putting up a ‘not welcome’ sign for engineers, IT experts, doctors, nurses and other workers won’t help our country, it will hold us back,” Donohue said in comments that echoed criticism from the Business Roundtable.

Return of populism — just in time for November

Taken together, the immigration and trade policies threaten to offset some of the enormous positives from the unprecedented stimulus unleashed by Congress and the White House.

Economists have largely applauded the emergency aid, which included stimulus checks to households and forgivable loans to small businesses.

“I give the administration high marks on the first rounds of aid,” RSM’s Brusuelas said. “But the threat of sparking a transatlantic trade war is not in the spirit of what they’ve done since the beginning of the pandemic.”

That’s why analysts say the moves are more about politics, than economics.

“These two issues — immigration and tariffs — are crucial for Trump’s reelection,” Greg Valliere, chief US policy strategist at AGF Investments, wrote in a note to clients Wednesday. “He needs to show testosterone on both fronts…Trump’s populist base demands jobs — and protectionism.”

But the risk is that by bowing to his base, Trump hinders the recovery that is required to win reelection.