America’s unemployment rate could hit 20%. But there’s light at the end of the tunnel 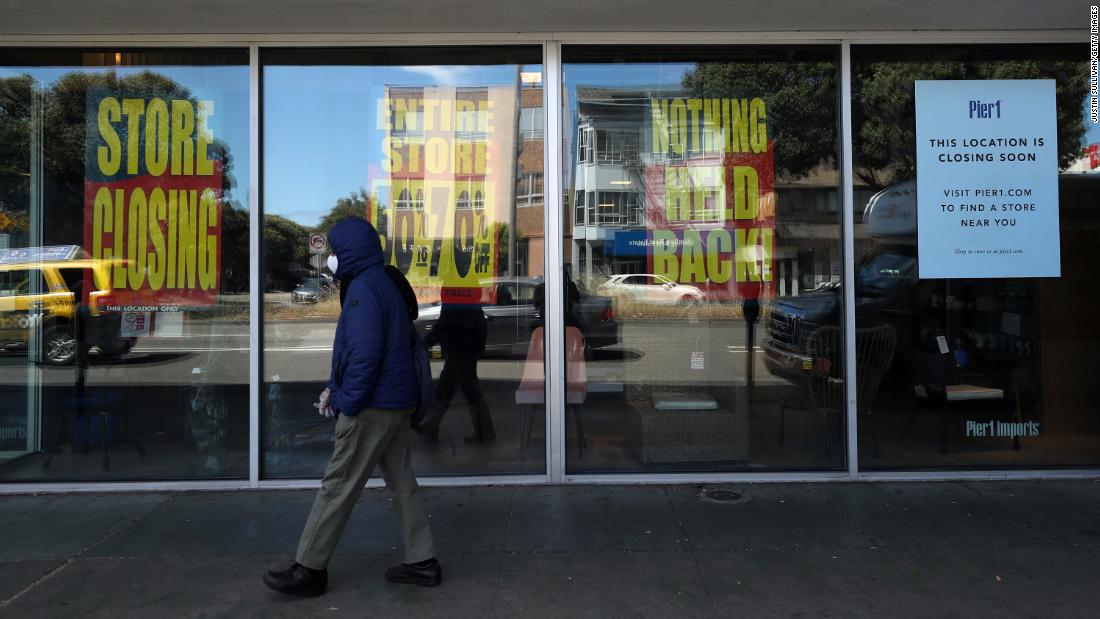 That would push the unemployment rate to nearly 20%, a record high. The Bureau of Labor Statistics, which is set to release its jobs report at 8:30 am ET Friday, began tracking monthly data in 1948.

The only silver lining: we might be nearing the peak.

During the Great Depression, the unemployment rate peaked at 24.9% in 1933, according to BLS. Back then, only annual data was recorded.

It will get worse before it gets better

May, or perhaps June, will be the worst of the labor market crisis, before the unemployment rate rapidly declines in the second half of the year, economists at Goldman Sachs predict. The exact timing, however, comes down to how many people will return to work — and how quickly.

Weekly jobless claims have been pointing in the same direction. First-time jobless claims have declined for nine weeks in a row after peaking at a revised 6.9 million in late March. Last week, the number of people who filed for unemployment benefits at least two weeks in a row declined for the first time since the crisis began. That has given economists cautious optimism that some people are slowly returning to work as states across the country are reopening.

That trend is expected to continue in this week’s report, scheduled for Thursday morning. Another 1.8 million first-time claims and 20.1 million continued claims are expected.

Still, one in four American workers — more than 40 million people in total — has now filed for first time unemployment benefits during this crisis and last week’s 2.1 million new claims were still 10 times higher than before the pandemic. The economic pain is far from over.

Rehiring is hard to do

Although many economists are predicting the unemployment rate will fall rapidly as people return to work, the coronavirus economy might not recover quickly.

Oxford Economics expects the unemployment rate will remain at 10% by the end of the year.

Even when businesses welcome workers back, they might only offer reduced hours, forcing more people into involuntary part-time jobs.

The Federal Reserve noted in last week’s Beige Book — a report on current economic conditions — that some employers are having a hard time retaining or rehiring staff because workers collected more on unemployment insurance than they would on their salaries. Other reasons to stay home included child- and elder-care responsibilities, the Fed said.
Washington’s multi-trillion-dollar stimulus package to get the country through the Covid-19 recession included an expansion of unemployment benefits, as well as one-off stimulus checks. That left some people, especially those in lower-paid jobs, to have more money at their disposal in unemployment than they did before.
The government currently pays out an additional $600 per week to people receiving jobless benefits, but the boosted payment is slated to roll off at the end of July, unless it gets extended.

There is a lot of uncertainty over what the US labor market will look like over the summer. With some luck, the worst is over and the rebuilding can begin.