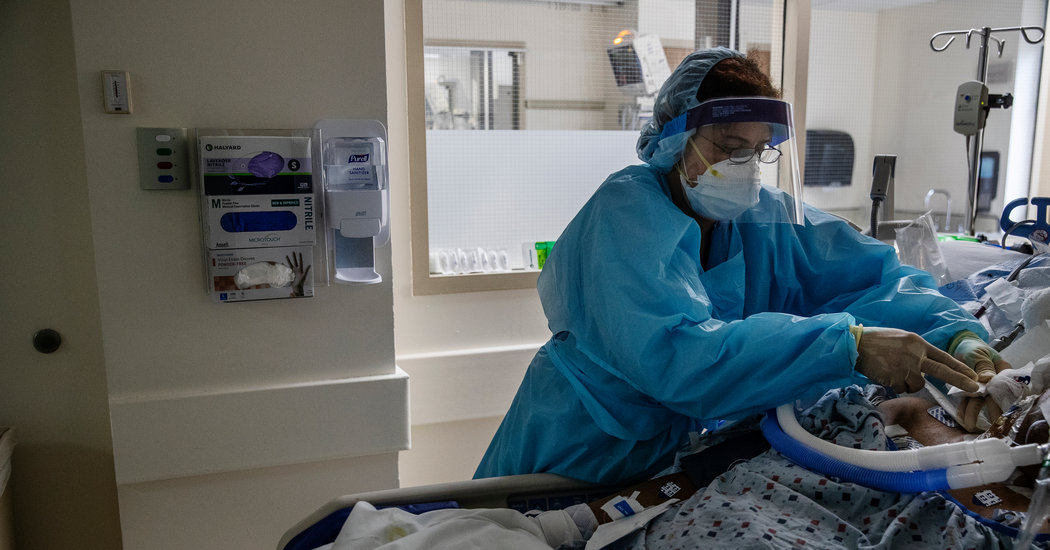 The shortage of dialysis supplies in New York City hospitals was first reported by Politico.

The two main manufacturers of equipment and supplies for dialysis said orders were up fivefold, and that they were ramping up manufacturing as well as sending equipment and nursing staff to the New York region. Baxter, which is based in Illinois, said it also saw an increase in demand from China and Europe, and was flying in extra products from Europe this weekend.

“The demand spike was so fast and so high,” said Lauren Russ, a spokeswoman for Baxter. “We’re doing everything we possibly can.”

On Friday, Fresenius announced it was creating a national supply of machines that can be moved from place to place. “We are committed to supporting hospitals with continuous supply, particularly in markets most heavily impacted, so that patients can get the care they need,” said Bill Valle, the chief executive of Fresenius Medical Care North America in Massachusetts, in a statement.

Gov. Andrew M. Cuomo of New York was asked at his briefing on Thursday about hospital reports indicating that dialysis machines were in short supply. Dr. Howard Zucker, the state’s health commissioner, said “there are not shortages across the board,” and Mr. Cuomo said that hospitals in need of equipment would get it.

In a statement, José E. Almeida, Baxter’s chief executive, said that the company was trying to prioritize the delivery of products “where they are most needed — hospitals that are being overwhelmed by an influx of patients who are critically ill from Covid-19.”

At Columbia University Irving Medical Center, Dr. Donald Landry, the chair of medicine, directly contacted Mr. Valle of Fresenius when other efforts failed and the situation grew desperate. While Dr. Landry said he was appreciative that the company responded by sending more machines, supplies and dialysis nurses, he described the experience as a warning to better prepare. “New York City gave us a glimpse of when a system comes up right to the edge,” he said.