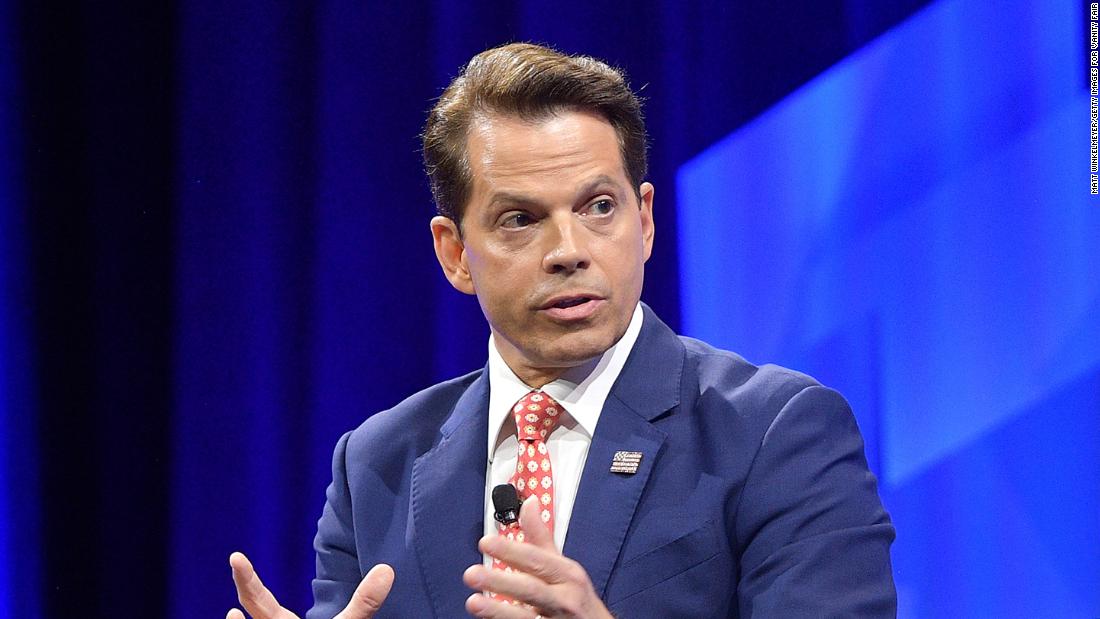 “There is so much racial tension and anxiety. The haves have so much. The have-nots don’t. And they’re pissed,” Scaramucci, former White House communications director to President Donald Trump, told CNN Business.

Despite the turmoil gripping the United States, Wall Street is swiftly recovering from the pandemic in large part because of unprecedented action from the Fed. The S&P 500 has spiked nearly 40% from its March 23 low. The Nasdaq is on the cusp of a record high.

“The Fed is pumping so much money into this thing that it would be impossible not to be bullish,” said Scaramucci, founder and managing partner of investment firm SkyBridge Capital.

Protests and riots have gripped the United States over the past week. More than 100,000 Americans have been killed by the coronavirus pandemic. And nearly 43 million workers have filed for unemployment benefits.

“You’ve married a pandemic and 43 million people unemployed to the systemic institutionalized racism in the country,” said Scaramucci, who has turned into a sharp critic of Trump since getting fired from the White House after only six days on the job. “Those two things are pancaked on top of each other. You’re going to have riots and looting.”

Fed policy was instrumental in saving the US economy from the Great Recession. Emergency actions at the time unfroze financial markets and prevented the system from collapsing.

Monetary policy is a blunt tool, however. It’s great at boosting asset prices and fixing broken markets, but not at ensuring all Americans can participate in economic recoveries. And rising asset prices disproportionately benefit the rich, thereby exacerbating wealth inequality.

During the Great Recession, Congress and the White House failed to agree to the kind of bold fiscal stimulus economists said was required to dig the United States out of the downturn.

“In the last crisis, the haves won and the have-nots stagnated,” said Scaramucci.

While tens of millions of Americans benefit from a rising stock market through mutual funds and 401(k) plans, the rich hold the vast majority of stocks. The top 10% of households owned 84% of all stocks in 2016, according to NYU professor Edward Wolff.

“The only thing the Federal Reserve can do is create money, lower interest rates and raise the price of assets,” Scaramucci said.

The uneven recovery from the last crisis likely boosted the appeal of political candidates who want to tear down the system.

“Ben Bernanke and Janet Yellen created Donald Trump and Bernie Sanders,” Scaramucci said. “They didn’t do it on purpose. It’s because they didn’t have any help from Nancy Pelosi and Mitch McConnell,” a reference to the inability of Congressional leaders to agree on fiscal stimulus.

Powell: The Fed is saving jobs

In this crisis, Congress has responded more forcefully, enacting record-breaking stimulus aimed at keeping businesses and households afloat during the pandemic. Stimulus checks were sent to millions of Americans. Forgivable loans were granted to small businesses. And bailouts were issued to airlines.

Yet economists say far more needs to be done. And they worry that Fed policy will exacerbate the already-wide divide between rich and poor that is helping to fuel unrest.

Of course, the Fed’s emergency actions have helped real Americans by keeping the companies they work for alive.

For instance, the Fed’s promise to direct the purchase of corporate bonds — including junk bonds — unfroze credit markets. Companies like Carnival (CCL) and Ford (F) that were desperate for cash suddenly found themselves able to borrow at reasonable terms.
“They’ve been able to avoid big layoffs. That is the point of all this,” Fed chief Jerome Powell said during an online discussion last month, according to Bloomberg News. “Everything we do is focused on creating an environment in which those people will have their best chance to keep their job or maybe get a new job.”

Asked if the Fed’s policies will lead to more inequality, Powell emphatically said “absolutely not.”

Is Wall Street worried about a President Biden?

The recent turmoil in the United States has created more uncertainty about the outcome of the November presidential election. President Donald Trump’s poll numbers have sagged, including in such key battleground states as Ohio, Arizona and even Texas.
Trump is now seen as an underdog by traders on the prediction platform PredictIt. Although Trump led former Vice President Joe Biden 50% to 46% as recently as May 19, he now trails 55% to 45%.

Investors appear to be unfazed by Biden’s rising fortunes even though the Democrat has promised to restore financial and environmental regulations undone by Trump. Biden is also pushing to raise corporate taxes, a move that would raise trillions in tax revenue but eat into corporate profits.

Asked if he could see himself returning to Washington to work in a Biden administration, Scaramucci indicated he’s done with politics. “I’m done working for these people,” he said. “I’m sticking to my day job.”

Having repeatedly clashed with Trump since leaving the White House, Scaramucci predicted the president will “hit the eject button” and drop out of the race if his approval rating keeps tumbling.

Yet he concedes that it’s hard to foresee what will happen because “anything can happen in Trump world” and the election is still five months away. “That’s 500 f***ing years in Trump world,” he said.