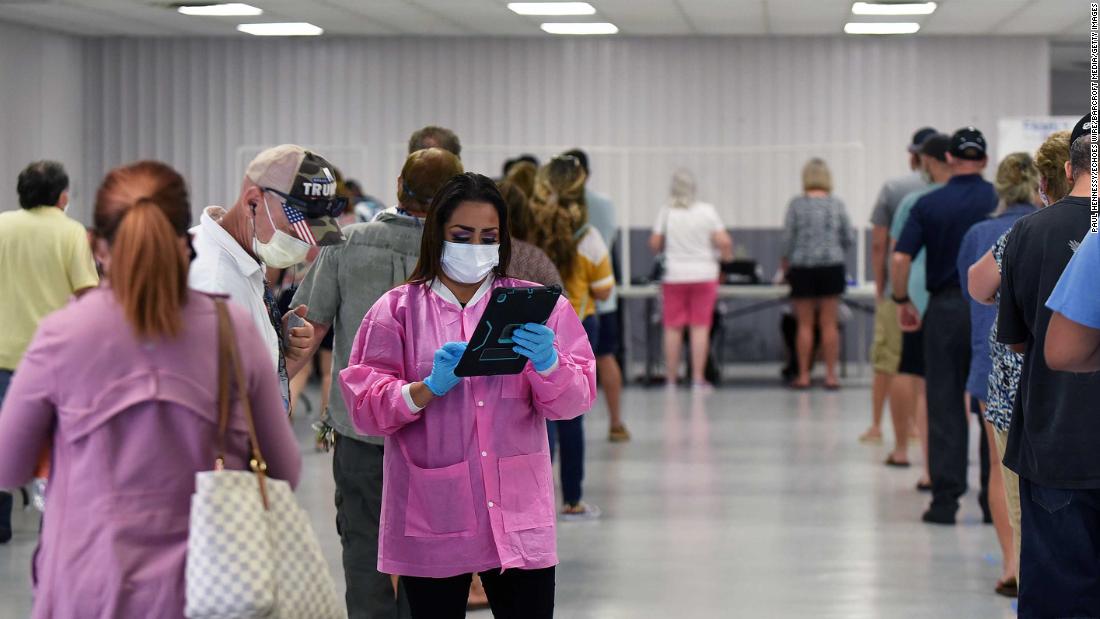 The hope is that people who have been infected with the virus may have developed enough antibodies to make them immune to the virus and their return to work safe, though the science around this is far from settled. Some governments have even mulled issuing “immunity passports” or certificates for those who test positive.

But experts warn that going down this route could create new problems, including discrimination in workplaces, or people deliberately trying to get infected so they can return to their jobs sooner, “playing Russian roulette” with their lives, as one doctor put it.

“This might include not permitting those testing Antibody Negative to return to work, or only taking on new staff with Antibody Positive test results,” the brief reads. Certain tasks, like customer-facing work, could end up only being allocated to those who tested positive.

“In some circumstances this may be appropriate, but in others this might constitute adverse discrimination,” the brief said.

It’s a tricky balancing act for politicians, who need to reconcile the negative impacts of putting much of the economy on hold with keeping people safe.

With businesses closed and non-essential workers staying at home, the UK economy, for example, is facing its worst crash in three centuries, according to the Bank of England. The European Union is facing a recession of “historic proportions,” its commission has warned, while the United States has seen its unemployment rate skyrocket to the highest level since monthly record keeping began in 1948.

Who goes back to work first?

Rachel Horton, a lecturer in law at the University of Reading, told CNN that UK employees who felt they had faced discrimination due to their antibody status would have limited legal protections, as antibody status is not currently considered a protected characteristic under anti-discrimination law.

“You can’t bring a claim that your employer has rejected you or dismissed you because of your antibody status under the Equality Act, because it doesn’t fit within any of the protected groups at the moment,” Horton explained.

Horton said an employer could in theory justify requiring someone to disclose their antibody status if they could prove it was necessary for health and safety.

“Saying ‘we’re concerned for the safety of our customers, our staff, and this is the only way we can realistically manage it’ would probably be OK,” she explained.

Kate Palmer, associate director at HR consultancy firm Peninsula, said there was also a risk that businesses could discriminate against returning workers based on their age.

“The big question for employers now is how do they decide who to take back first?” she said. “From a commercial perspective, you’d probably take back your quickest, most productive. But does that then lean towards maybe your younger staff, which would be discrimination.”

While many commercial manufacturers are rushing to produce antibody tests, at least some on the market are fraudulent or unreliable, producing false positive results that could lead people to mistakenly believe they have already been infected.

“At the moment it can be possible for employers or people to get hold of antibody tests which haven’t been proven to be sensitive or specific,” said Dr. Natasha Hochberg, an associate professor of medicine at the BU Schools of Medicine and Public Health.

Hochberg, who is leading Boston Medical Center’s testing efforts, said it is still unclear whether the presence of antibodies means someone is immune to the virus, or how long immunity might last, a warning the World Health Organization has also issued.

Last month, a report from the Johns Hopkins Center for Health Security said “several governments and large employers” were looking into using antibody tests to create immunity certificates to release recovered people from physical distancing measures. However, inaccuracies in available tests and uncertainty surrounding immunity meant “this is not a justifiable step at this time.”

“Employers who think that they know the antibody status of their workers might be tempted to relax infection control,” said Jonathan Ball, professor of virology at the University of Nottingham. “There could unfortunately be an assumption that: ‘Oh, well, don’t worry, you’ve got antibodies, so you’re alright. You don’t need this mask.”

Antibody tests could create a two-tier society in which people with antibodies can rejoin social and economic life, leaving the rest of society behind.

Immunity passports could compound existing gender, racial and nationality inequalities, according to a study published last Monday in The Lancet medical journal. The study also points out that immunity passports could lead to people falsifying test results or even deliberately infecting themselves with the virus.

“I’m particularly concerned by the idea of people infecting themselves to have an antibody response, because we know that people can get severely ill and die from this, so that’s playing Russian roulette,” Hochberg told CNN.

“If you’ve got people living in poverty and they’re on a fairly low income, they might not be able to access these sorts of tests — either because of financial or travel issues. It could certainly cause inequality in this context — if we’re not careful, they could be excluded from paying jobs,” he said.

Hunter said that if tests are not widely available and regulated, someone could even use blood from another person to obtain a positive result.

“Say that the guy in the flat next to me, he’s been ill and he’s had the infection. If I order a test, and then actually use his blood rather than mine, I can prove to my employer that I’m immune, and then I can go back to work and start earning money again,” he said.