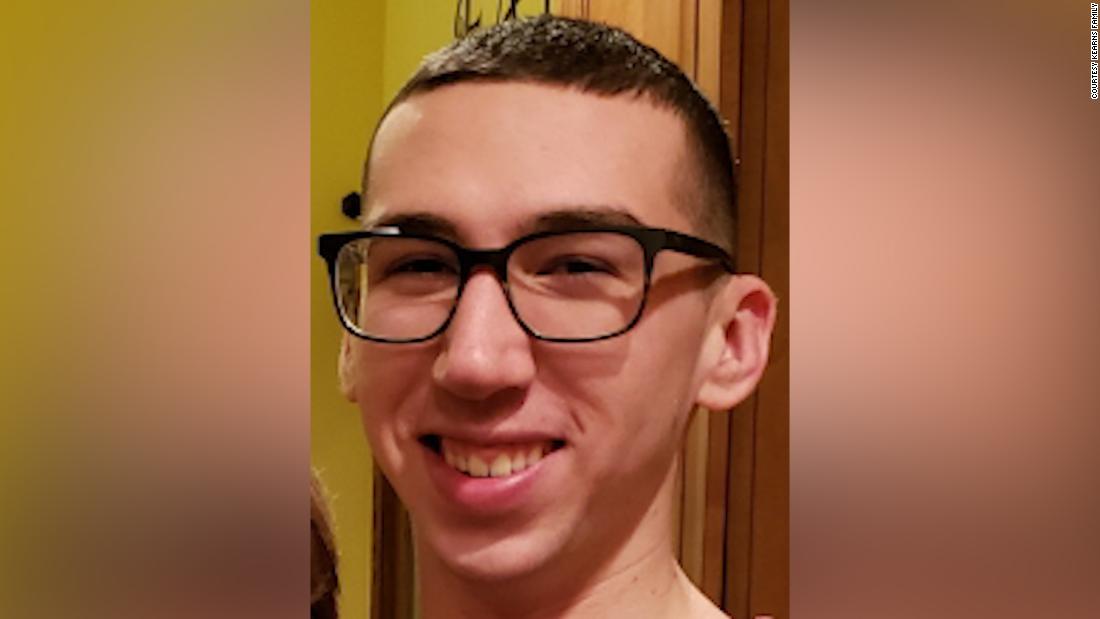 Alexander Kearns, who was using Robinhood to trade complex options instruments, was found dead on June 12, according to local authorities in Plainfield, Illinois. His death is being treated as a suicide, according to the family and Robinhood. It isn’t clear what factors contributed to his death.

The tragedy has drawn attention to the potential dangers of the free-trading boom inspired by Robinhood, which has given young, first-time investors easy access to exotic financial instruments typically used by sophisticated investors.

The Kearns family believes Alexander was misled by the app’s interface suggesting he owed $730,000, when that was not really the case.

“The kid threw himself in front of a train over nothing, because a tech company can’t figure out they shouldn’t show a negative $730,000 cash balance to a 20-year-old kid,” Bill Brewster, a relative of Kearns, told CNN Business.

“How much are these guys thinking about the fire they are playing with?”

Brewster, Kearns’ cousin-in-law, vowed to do whatever it takes to draw attention to what he sees as serious lapses in Robinhood’s oversight that allowed for this tragedy to happen.

“This company is toxic to me right now,” he said.

On Friday, after Brewster posted a long Twitter thread about Kearns’ death, Robinhood announced a series of changes to its options offering and user interface directly in response to the incident. Robinhood also pledged to do more to explain how these sophisticated trading strategies work.

“We are personally devastated by this tragedy,” Vlad Tenev and Baiju Bhatt, Robinhood’s co-founders and co-CEOs, wrote in a blog post Friday afternoon that confirmed Kearns was a customer.

Confusion over a negative balance

Brewster shared a note on Twitter that he says Kearns left behind before he died, which indicated he was distraught and confused over his Robinhood account.

“How was a 20-year-old with no income able to get assigned almost a million dollars’ worth of leverage?” Kearns wrote in the note that Brewster posted. “The puts I bought/sold should have cancelled out, too, but I also have no clue what I was doing now in hindsight.”

Although Brewster initially believed Robinhood had improperly granted Kearns vast amounts of leverage to trade with, he no longer believes that was the problem. Twitter users who saw Brewster’s stream of tweets alerted him that options traders on Robinhood sometimes see a negative cash balance until the other half of their trades are executed.

In other words, Kearns did not actually owe $730,000. But he was apparently led to believe he did.

“My sense is that it was all over nothing. It was a user interface issue,” said Brewster.

Brewster blamed Robinhood for simultaneously pushing its product to young traders while not putting in safeguards to prevent this kind of confusion.

“That they didn’t have enough foresight to think this might happen is offensive to me,” he said.

A source familiar with Robinhood’s procedures told CNN Business that during options trading it is possible that cash and buying power will display as negative until the other side of the trade is processed. That does not mean, however, that this is a negative balance due or debt.

“Why is there no pop-up window to say this is not an actual obligation?” Brewster said. “Why is it necessary to show a bunch of millennials that you know are signing up in droves? Why is this OK?”

Robinhood appears to be working to address this issue directly.

The company announced plans Friday to roll out improvements to its user interface, including the way buying power is displayed Robinhood said it would also make improvements to its in-app messages and emails that get sent to customers about options transactions as well as changes to the in-app history page to help users “understand the mechanics” of options trades.

Additionally, Robinhood said it is “considering” additional criteria and education for customers that seek authorization to trade sophisticated options to help them understand how they work. The startup also added additional educational resources in its help center and plans to hire an options education specialist.

“These changes will take a bit of time to roll out, but our teams are hard at work,” the Robinhood co-founders said in the blog post.

The Robinhood co-founders said that while they “recognize that nothing can ease the pain that Alex’s family is feeling now,” the company is making a $250,000 donation to the American Foundation for Suicide Prevention and urged people in trouble to reach out for help.

Brewster has been tweeting about Kearns’ death for the past week and is urging Congress to investigate the issue.

“The only thing I know how to do is fight,” he said.

The incident underscores some of the risks involved with the free-trading boom.

Robinhood’s zero-commission business model disrupted the brokerage industry, forcing its rivals to eventually capitulate and do the same. The drastic shifts in business models set off a wave of consolidation in the industry, with Morgan Stanley agreeing to buy E*Trade and Charles Schwab taking over TD Ameritrade.

Robinhood is growing rapidly, adding more than 3 million users in 2020 as of May 4. About half of those new users were first-time investors, according to the company.

As of June 8, Robinhood’s desktop and mobile weekly visitors were up 332% from the year before, according to research from SimilarWeb. That’s more than twice the rate of growth as Robinhood’s next-closest competitor in the wealth management space.

Brewster recalled that Kearns loved technology and was super interested in computers, even at a young age. He said Kearns’ favorite company was Microsoft.

“Tech didn’t kill him. But people’s oversight and building of a tech interface put him in an emotional tailspin he could never recover from,” he said.