Apple could switch to its own chips for Macs. Here’s what that means 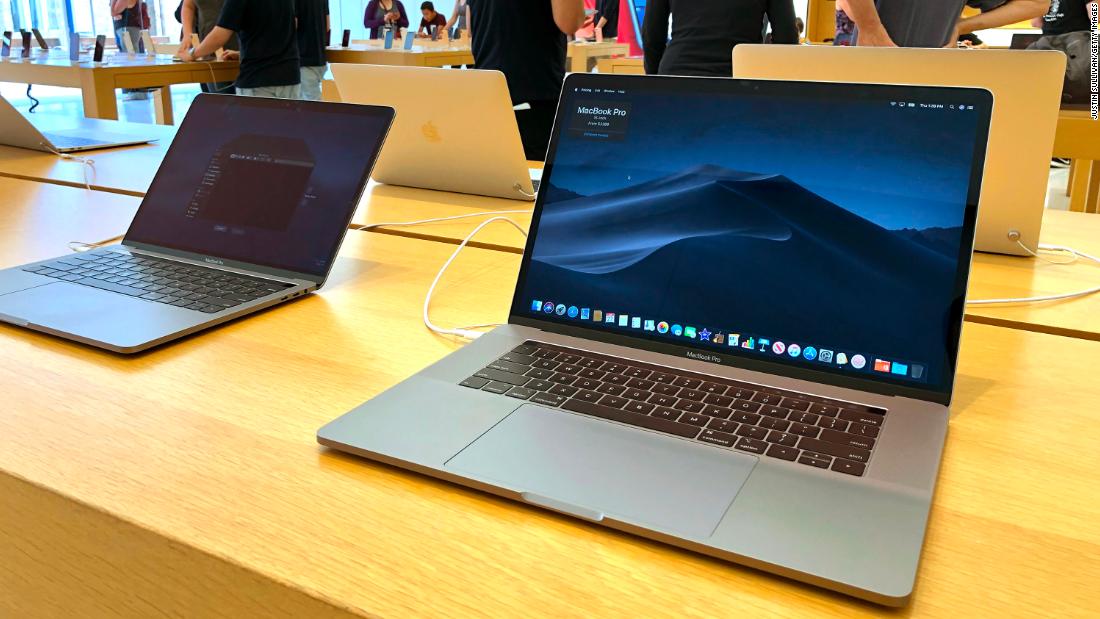 The company could announce a long-rumored switch to its own chips for its Mac computer lineup — instead of the Intel (INTC)processors they currently use — at its annual Worldwide Developer Conference that starts Monday, according to a report from Bloomberg.
The ARM-based chips, which Apple (AAPL) makes in-house and already uses a version of in iPhones and iPads, could make their way into new iMacs and MacBooks by 2021. And while there’s likely to be a transition period, analysts say the move could eventually result in big benefits for the company as well as its users.

“I think it is likely that we will see the switch happen in stages,” said Adwait Mardikar, an analyst at tech research firm Canalys. “We might see the switch to Apple chips for Apple’s MacBook lineup in 2021, but I believe it will be quite a while before we see the entire Mac lineup on its own chips.”

When that does happen, the major changes Mac users are likely to see include better battery life and sleeker devices. Apple’s in-house chips have a smaller architecture and are more efficient because they are designed for smartphones, according to David McQueen, research director at ABI Research. ARM is the processor design developed by UK-based chipmaker Arm Holdings, which it then licenses to various tech manufacturers for their own use.

“Moving to ARM-based chips can bring efficiencies and better battery life without sacrificing performance,” McQueen said. “It may also help to cut out some size issues, possibly allowing Macs to be made thinner, while also negating the need for fans,” he added.

McQueen says having the same chips running on iPhones, iPads and Macs would also make it easier to standardize the user experience across all three devices.

“It will allow all Apple devices to work more seamlessly together,” he said. “It should also make it much easier for developers to create apps that are capable of running across Apple devices.”

There’s another big potential benefit to using the same chips for iPhones and Macs, particularly with the growth of 5G networks.

“Although Apple has given no indication that it is looking to do so, this switch does also open the doors for Apple to launch MacBooks with cellular connectivity capabilities,” Mardikar said.

How Apple will benefit

For Apple, bringing processor production in-house will likely allow the company to offer better performance upgrades with each generation of devices because it will no longer be tied to Intel’s upgrade cycle for new chips.

“They also get to control their own product launch cadence,” said Jitesh Ubrani, a research manager at IDC. “In the past, they had to really wait on Intel to launch new processors before they could refresh the Mac lineup.”

Switching to in-house chips could also allow Apple to better integrate its supply chain and lower manufacturing costs. But unfortunately for consumers, that’s unlikely to result in cheaper computers.

“I think Apple’s main use for switching over would be to offer a better product, not necessarily a cheaper product,” Ubrani said. “You may see better value in some cases but I don’t think we’ll see cheap iMacs or cheap MacBooks going forward.”

While Apple is likely capable of handling the chip switch and has been able to power high-performing devices such as the iPad Pro, it could potentially struggle to match the firepower of Intel chips on some of its more advanced computers, according to Mardikar.

“The real challenge for Apple will be its high-end computers — the MacBook Pro, iMac Pro and Mac Pro,” he said. “These run on high-performance CPUs like Intel Xeon chips, and it remains to be seen if Apple can come up with processors that can match the performance.”

The company will also likely have to give developers a lot of lead time to adapt to the new setup.

“At the end of the day the switch is not going to be successful if it doesn’t have the apps, and consumers are not going to love it if they don’t have access to their favorite apps,” said Ubrani. “It’s not like every developer can switch over right away… My guess is they would have some sort of a bridge solution ready until everyone is ready to port over.”