Are You Ready to Go Back to the Office? 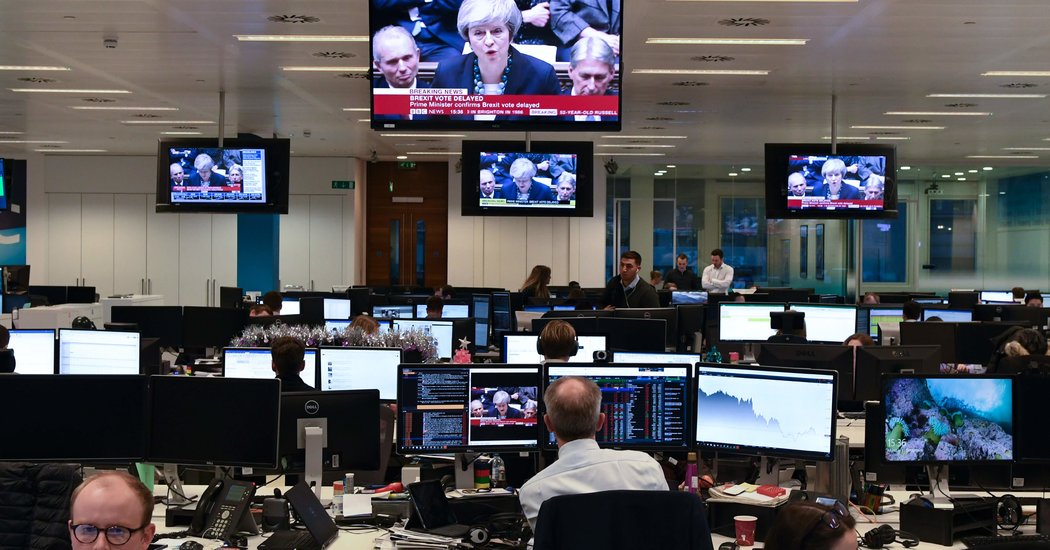 A long stretch of remote working has understandably led companies to think again about their office space — particularly about whether they need so much.

Buildings were already half-empty. This provocative finding, in a new report by Heather Jordan Gerety at Heda Jordan Consulting, is based on access card data, Wi-Fi use and in-room sensors. In recent years, more flexible schedules have resulted in record “hidden vacancies,” with up to 50 percent of headquarters space and 65 percent in other offices going unused.

• Polls suggest that people won’t rush to return, the report notes — virus-shadowed commutes will be stressful.

• There’s also this: “Excitement to see colleagues may only last for a couple of days.”

• Big banks plan to spread employees out when they first reopen, staggering shifts and leasing satellite space in the suburbs, Bloomberg reports. And traders have mostly adapted to working from home, according to The Financial Times, reducing the need for packed trading floors.

• This doesn’t necessarily spell the end of crowded city centers, according to Eric Kober of the Manhattan Institute:

If some big companies lease less space, there will be (for a time) more vacant space, and asking rents will fall to the point where it makes sense for other businesses to expand or new businesses to start up. More people, not fewer, will be working in Manhattan offices in the future, at least some of the time.

Going back to the office won’t be pleasant, at least at first. “Many workers will find a mess of masking tape, plastic sheets, police tape, floor decals, and a host of half-baked design solutions” for social distancing, Anne Quito writes for Quartz. And water left stagnant in the plumbing of empty buildings could breed Legionnaires’ disease, The Times notes. Be careful out there.

Carmen Reinhart of Harvard is the new chief economist at the World Bank, starting next month.

She made her name studying financial crises, most notably with her colleague Ken Rogoff. Their 2009 book, “This Time Is Different,” analyzed 800 years of panics, defaults and other catastrophes.

• Their follow-up research generated controversy when the two claimed that growth cratered after debt hit 90 percent of G.D.P. Some policymakers used the finding to justify austerity measures after the 2008 financial crisis, but other researchers found errors in the calculations.

Ms. Reinhart isn’t worried about too much debt — for now. “You worry about winning the war and then you worry about how you’re going to pay down the debt,” she said in an interview yesterday with the Harvard Gazette. She also wrote in a recent opinion piece that “this is a ‘whatever-it-takes’ moment for large-scale, outside-the-box fiscal and monetary policies.”

She says the pandemic is “the nail in the coffin of globalization.” That might sound “melodramatic,” she told the Gazette, but she expects “more inward-oriented strategy” after the crisis subsides, which is bad news for many trade-dependent developing countries that rely on World Bank support.

• Global cooperation on debt restructuring and relief for poorer countries is crucial, she said. And China will have a special role, she added, given how much it has lent to developing countries recently.

Americans are braced for a depression

Only a fifth of people think that overall business conditions will be “very” or even “somewhat” good over the coming year, according to a poll for The Times by SurveyMonkey. Most expect years of hardship.

Sixty percent of respondents expect “periods of widespread unemployment or depression” over the next five years, The Times’s Ben Casselman and Jim Tankersley write. That may reflect a decline in the national mood, also seen in other data.

Fewer people now believe in a V-shaped recovery, as we’ve noted. And as Ben and Jim point out, pessimists may be less likely to spend even if their own finances are fine, so this shift could itself prolong the economic misery.

• The “experience economy” — travel, sports, museums, concerts and more — isn’t sure how it can recover, and some $1.6 trillion in G.D.P. is on the line.

Peter J. Henning is a professor at the Wayne State University law school, and previously served in the enforcement division of the S.E.C. and the fraud section of the U.S. Department of Justice. Here, he considers the prospects for charges against senators over coronavirus-related trades.

The Justice Department is looking into stock trades by several lawmakers after they received closed-door briefings and other information during the early stages of the outbreak. The 2012 STOCK Act prohibits lawmakers from trading on material nonpublic information received as part of their duties.

Senator Richard Burr, Republican of North Carolina, recently had his phone seized by the F.B.I., and has temporarily stepped down as chairman of the Senate Intelligence Committee. He denies wrongdoing. Other senators — Dianne Feinstein, Democrat of California; James Inhofe, Republican of Oklahoma; and Kelly Loeffler, Republican of Georgia — have also come under scrutiny. All deny wrongdoing. Unlike Mr. Burr, they also said that they did not direct the trades in question.

Will indictments follow? Insider trading is notoriously hard to prosecute, and the STOCK Act is yet to feature prominently in any case. But a verdict in a case last year, which involved a former staffer at a Medicare agency tipping off hedge funds, established that tippers could be prosecuted even if there wasn’t a quid pro quo. This is a boon for prosecutors.

Could the Securities and Exchange Commission also get involved? Lawmakers are protected by the “speech or debate clause” of the Constitution, which limits liability for actions taken as part of the legislative process. Trading stocks would not necessarily qualify, so that shouldn’t hold back the S.E.C. In March, the agency said it was on heightened alert for insider trading around coronavirus information.

Still, I suspect that the Justice Department will take the lead here. This is a high-profile investigation, to say the least, and the S.E.C. could file a parallel civil enforcement action.

How to shore up the dollar

The U.S. dollar’s status as the world’s reserve currency could be tested by the pandemic and China’s efforts to boost the renminbi, Hank Paulson, the former Treasury secretary and Goldman Sachs C.E.O., writes in Foreign Affairs.

Developing a digital currency is important, Mr. Paulson writes. China is well ahead in making the renminbi digital-friendly, which could speed its international adoption. American policymakers should team up with Silicon Valley to counter that, while keeping in mind concerns about privacy, he adds.

• Vikram Pandit, the former Citigroup C.E.O., made a similar point in this space last week, arguing that central bank-issued digital currencies “could pave the way for an infrastructure that serves everyone.”

Otherwise, Mr. Paulson writes, the U.S. risks losing ground in digital finance, among “those who prefer digital finance over conventional banking” and with billions of people “in developing countries with weaker financial markets and volatile currencies.”

• Apollo has invested $1.75 billion in the supermarket chain Albertsons, which is owned by a rival, Cerberus, and planning to go public. (Reuters)

• The Senate unanimously passed a bill that could force some Chinese companies to delist in the U.S. (WSJ)

• Why Facebook and private equity have bet nearly $9 billion on a mobile carrier founded by India’s richest man. (WSJ)

• Apple tweaked the face-unlock process on iPhones to play nicely with masks. (CNET)

• Pandemic baking in Britain has led to surging business for flour mills. (NYT)