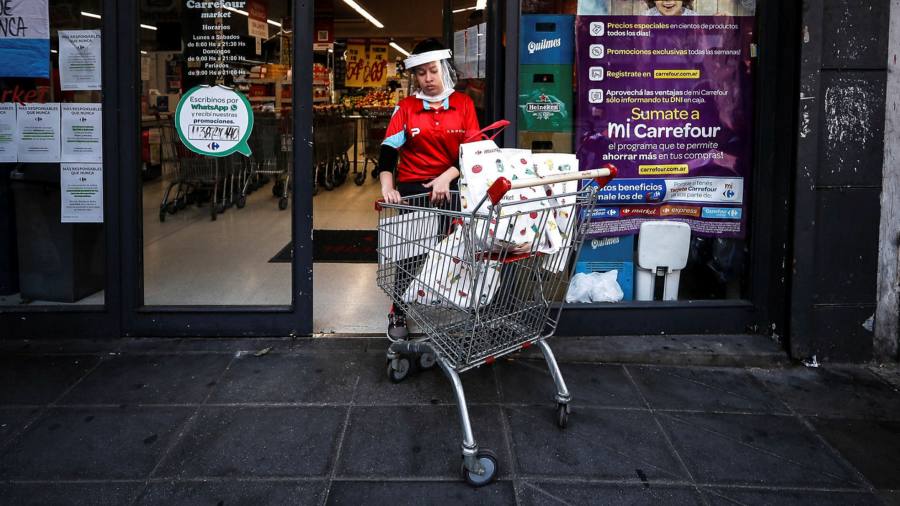 Argentina’s biggest bondholders have doubled down on their opposition to the government’s plan to restructure its $65bn foreign debt mountain, all but confirming the failure of the deal, which expires on Friday.

On Monday, three groups representing some of the country’s largest private creditors issued a joint statement confirming they would not support the proposal from Buenos Aires, which calls for interest payments to be delayed until 2023 and principal payments until 2026.

Tensions have run high between Argentina and its creditors since the proposal was announced last month. The three groups, which represent some of the world’s largest institutional investors including BlackRock and Fidelity, have already rejected the offer independently, with some calling it “unacceptable” and not a product of “good faith” negotiations.

“Each of the three bondholder groups and the institutions they represent, together with various other investors, wish to reiterate and make clear that they cannot support Argentina’s recently launched exchange offer, and will not tender their bonds in such offer, because, among other reasons, they consider the terms to require Argentine bondholders to bear disproportionate losses that are neither justified nor necessary,” the creditors said in a statement on Monday.

The government, which has given investors until Friday to accept the terms, has requested a 62 per cent “haircut” on interest payments worth almost $38bn, as well as a 5.4 per cent reduction in the face value of the debt, worth about $3.6bn.

BlackRock, Fidelity, T Rowe Price and Ashmore are among the members of the largest group, while Greylock Capital Management and GMO have joined forces with other firms in a separate committee. A third group, which represents holders of previously restructured bonds issued in 2005 and 2010, or so-called exchange bonds, counts hedge funds VR Capital Group, Monarch Alternative Capital and HBK Capital Management among its members.

Last week, several members of the various groups rejected meetings with economy minister Martín Guzmán and his team, according to people familiar with the matter, arguing that there was little to discuss so long as the government insisted it could not adjust the terms at all.

“We understand everything we need to understand about this deal to know it’s not going to work,” said one creditor.

Writing in the Financial Times, Mr Guzmán said that solving the debt crisis required “common sense, collaboration and fresh ideas in the interest of both international creditors and Argentina”.

But bondholders have taken issue with the government’s request for a three-year payment holiday, arguing that while the country does need “breathing space”, paying nothing during that period is a step too far. “Zero is an unreasonable number,” said one group member.

Other members have questioned the economic assumptions the government has used to justify the deal and hit back at the coupon payments proposed by Argentina, which initially start out at no more than 0.5 per cent. Analysts say the terms equate to an average recovery value for bonds issued after 2016 of 32 cents on the dollar and 35 cents on the dollar for the exchange bonds.

Argentina must win over the support of the three creditor groups before May 22 if it is to avoid its ninth sovereign debt default, however, as that is when the 30-day grace period ends for payments it has already missed.

In their statement on Monday, the bondholders said they were open to “constructively engage with Argentina when its government is ready to do so”.