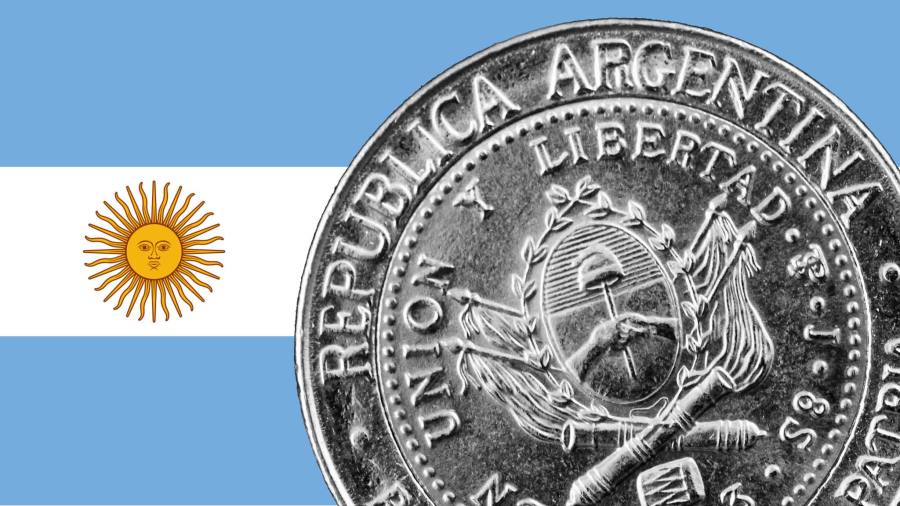 Argentina will set the clock running on what is expected to be a ninth sovereign default, if — as expected — the government fails to make a $503m payment due on Wednesday.

Economy minister Martín Guzmán reiterated on Tuesday that Buenos Aires “will not be able to make [any] debt payments in the coming days”. Failure to pay will mark the beginning of a 30-day grace period during which Argentina must pay up to avoid defaulting on $65bn of foreign debt owned by private creditors.

Last week the government made an offer to suspend all debt obligations for three years and impose a “haircut” of 62 per cent on interest payments worth almost $38bn. The proposal also included a 5.4 per cent reduction in the face value of the debt, which is equivalent to about $3.6bn.

Three major creditor groups announced on Monday that they would reject the proposal. Negotiations are set to run for another couple of weeks.

“They are pushing for Argentina to offer more, but we can’t, it is not sustainable . . . now is time for the creditors to decide,” said Mr Guzmán in an interview on local radio on Tuesday. He added that Argentina was already in a state of “virtual default”.

The largest creditor group — which includes BlackRock, Fidelity, Ashmore, T Rowe Price and Wellington Management — says it collectively holds more than 25 per cent of Argentina’s bonds issued since 2016 and more than 15 per cent of the country’s exchange bonds, which were issued during the last restructuring following a major default in 2001.

A second group, representing holders of the country’s previously restructured bonds issued in 2005 and 2010, says it collectively holds more than 16 per cent of the outstanding exchange bonds.

Without buy-in from these investors, any deal proposed by the government will not have enough support to be pushed through.

One international bondholder argued that it was “a certainty” that the deal would be blocked, given that the government needs to obtain the approval of 66-75 per cent of creditors, depending on the bond. But if just one bond series were to reject the offer, that could trigger a general default. “I have no doubt that this deal will not see the light of day,” said the creditor.

The three groups have said they stand ready to engage with the government and acknowledge that compromises need to be made on both sides. However, according to a person familiar with the situation, marginal changes to the existing proposal are unlikely to win the backing of bondholders.

Under the terms put forward by the government, holders of bonds issued since 2016 face an average recovery value of 32 cents on the dollar, according to analysts, with the exchange bonds slightly higher at 35 cents on the dollar.

“The government is missing that this is a shared effort,” said a person close to the negotiations. The person added that the government has not yet engaged substantively with bondholders about the terms of the restructuring — nor has it made any meaningful adjustments to its economic policies to help ensure the debt burden does not become even more unsustainable.