As Banks Stumble in Delivering Aid, Congress Weighs Other Options 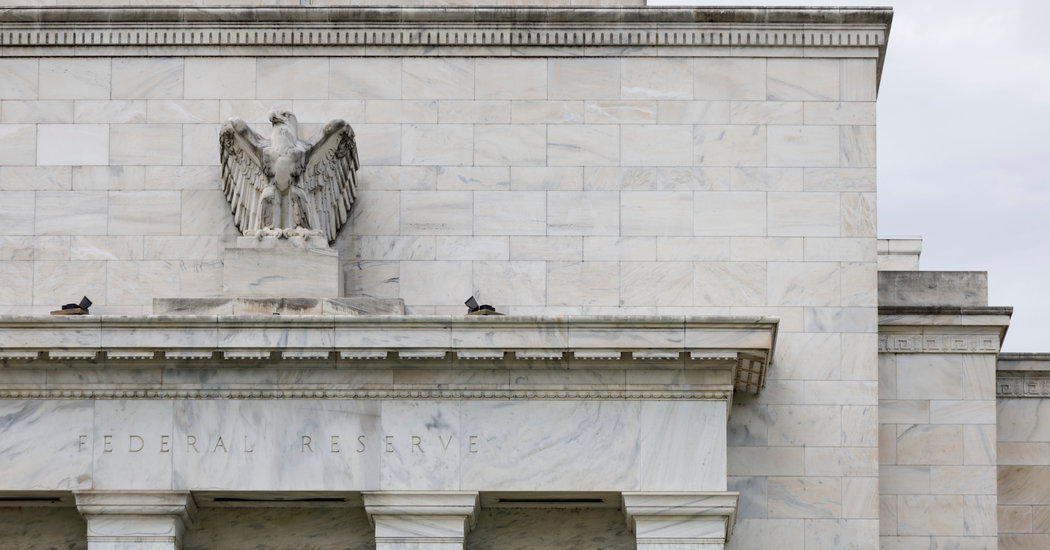 When the federal government agreed to funnel $2.2 trillion in emergency aid to Americans devastated by the economic shutdown, the nation’s banks were given a central role.

There were three main prongs of relief for taxpayers and American businesses, all routed through the banks in various ways: stimulus checks, a $660 billion package for small businesses and unemployment benefits. Confronted with an unprecedented crush of need as millions of Americans lost their livelihoods, the banks stumbled in ways big and small.

The small-business aid, the Paycheck Protection Program, had a chaotic introduction and ran dry within days. Some banks withheld stimulus cash from people with overdrawn accounts. And some banks’ debit cards, used to distribute unemployment benefits, didn’t work properly.

Democrats are also pushing for additional stimulus funds, but it’s not clear that more aid will win approval, especially with top Republicans urging restraint. Top Democrats in the House, who are working on their own coronavirus legislation, want to expand the existing programs, including a provision for lending exclusively through nonprofits or mission-focused lenders known as community development financial institutions, which lend to poor communities not served by banks.

Senator Doug Jones, Democrat of Alabama, is pushing a plan to give small businesses another round of help in paying employees by using the services of payroll processors, which already distribute wages for close to 40 percent of U.S. businesses. And companies that don’t use payroll processors could get payouts directly from the I.R.S.

“Another option makes it easier and takes a little pressure off the banks,” Mr. Jones said. “They’ve been overwhelmed.” He had urged fellow lawmakers to consider using payroll companies rather than banks when the first installment of the paycheck program was taking shape.

The Paycheck Protection Program was a highlight of the CARES Act, but its image suffered after several publicly traded companies exploited loopholes to gain access to funds — partly because of their close ties to big banks. Many of those companies, including the restaurant operator Ruth’s Chris Steak House, have since returned the money.

“We’re hoping that it’s really going to get better now that Ruth’s Chris isn’t supposed to be front and center,” said Senator Ron Wyden of Oregon, the top Democrat on the Senate Finance Committee. “But it’s still going through a set of banking channels.”

Instead, Mr. Wyden is proposing that businesses with under $1 million in gross receipts — what the business brings in before taking out costs — are reimbursed for a portion of payroll expenses directly from the I.R.S.

There is also growing support among Democrats for a plan put forward by Representative Pramila Jayapal, Democrat of Washington, that would have the federal government directly pay 100 percent of weekly wages for workers making up to $100,000 and their benefits. A narrower version proposed by Senator Josh Hawley, Republican of Missouri, would have the government provide for 80 percent of wages, up to the national median wage.

Some Democrats on the Senate Banking Committee want to see the Fed create accounts for every American, similar to how Social Security numbers are assigned. Any future aid could then be distributed through the central bank.

Although the architects of the CARES Act acknowledge the early missteps, particularly with the start of the paycheck program, some lawmakers say they would prefer to work within the confines of what they have already created.

“We need to look at the programs that are out there, and tweak them to get them to work better,” said Senator Rob Portman, Republican of Ohio. “I would hate to take it away from banks and try something else that we haven’t tried yet.”

Complicated rules and glitches in the tech platform operated by the Small Business Administration, which is running the paycheck program, contributed to its chaotic start. But the behavior of many banks added to the mayhem, especially since they had wide latitude to determine whom to lend to, and how much.

Connor Crosby runs Ignition Visuals, a video production company in Lowell, Mass. After painstakingly calculating how much he could receive as the sole proprietor, he asked Citizens Financial Group for $15,000 under the paycheck program. Citizens, however, gave him only $9,000, without explaining why it had reduced the amount. An S.B.A. employee told Mr. Crosby that it was his bank, not the government agency, that determined how much money to give him. After The New York Times asked Citizens about his case, Mr. Crosby got a call from a bank representative saying he would be receiving the remaining $6,000.

“Given the scale and complexity of the program and the very short time frame available to put it in place, it is not surprising that some errors may have been made in the early days of its execution,” said Peter Lucht, a Citizens spokesman. “We are committed to identifying and addressing such cases so that we can get these applicants the maximum possible loan amount.”

Another Citizens customer, Alexander Ball, was told on April 20 by a bank representative that he wouldn’t get stimulus money because he had overdrawn his account trying to pay bills after losing his piecemeal work as a delivery driver. A week later, in response to an inquiry by The Times, Mr. Lucht said the bank’s policy was to grant overdrawn customers access by temporarily crediting their accounts to zero out the overdrafts — but only if they called and asked. He said the representative’s response to Mr. Ball appeared to have been a mistake and suggested he try again to get the bank to release his funds. Mr. Ball eventually got the money on April 28.

Bank of America has also faced complaints that it gave small-business owners a fraction of what they asked for.

“We have funded more than 250,000 loans so far and continue to process applications,” Bill Halldin, a Bank of America spokesman, said in an email. “When a client has a concern about their loan amount, we review it.”

Jacob Leibenluft, a senior fellow at the Center for American Progress and an economic adviser to President Barack Obama, said he could understand the motivation for enlisting banks to help distribute aid. But “there’s no question that any form of additional small-business assistance needs to be both better targeted to businesses that are experiencing the greatest need and take that rationing or decision-making processes out of the banks.”

Many banks, including the country’s four largest lenders and several regional and community institutions, are now fighting lawsuits filed by groups of would-be customers claiming they were mistreated or even defrauded when they tried to apply for help.

Complaints have also piled up from out-of-work Americans against two banks responsible for distributing unemployment benefits in 23 states — U.S. Bank and KeyBank. Many states put unemployment money on debit cards, but those cards haven’t always worked as intended, prompting the outcry.

Last month, after complaints about nonfunctional cards issued by KeyBank, which is handling benefit distributions for New York, the state’s labor commissioner, Roberta Reardon, advised people to have their unemployment benefits deposited directly into their bank accounts instead.

A KeyBank spokeswoman, Kimberly Kowalski, said that the lender had issued benefit cards at 20 times its normal rate over the past two months, and that its call centers were taking 10 times the normal number of calls.

U.S. Bank has not had any systems outages affecting the distribution of unemployment benefits, but some states had experienced problems processing claims, a bank spokesman, David Palombi, said.

“The pandemic has created a situation that is unprecedented, and has presented significant challenges,” Mr. Palombi said.