As Cable TV Fades, Fearing ‘the End of Comedy Central’ 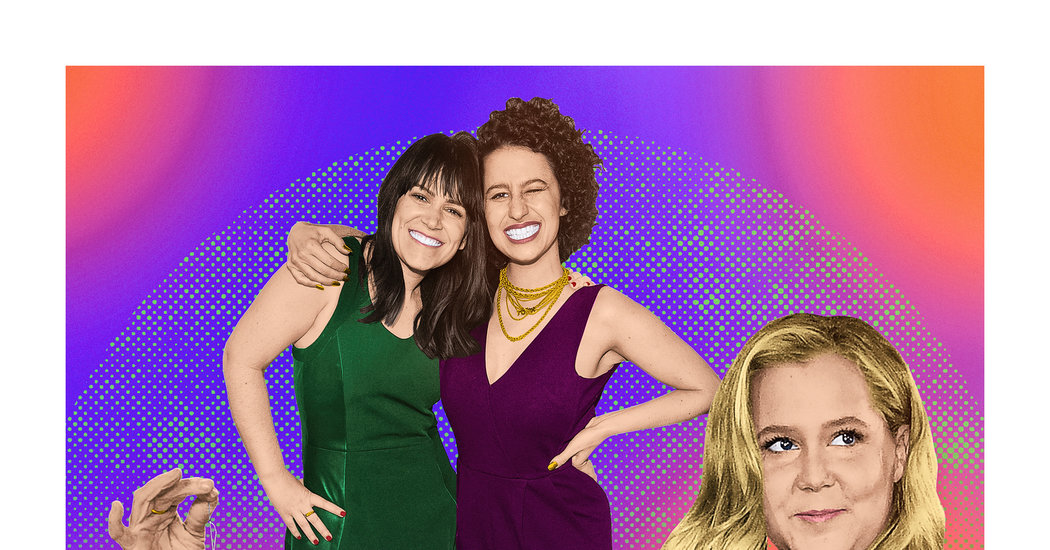 Last year there were signs of hope for Comedy Central. Trevor Noah, the host of “The Daily Show” since 2015, had found his footing. New series like “The Other Two” and “South Side” got strong reviews. Awkwafina, the breakout star of “Crazy Rich Asians” and “The Farewell,” came aboard for a new show.

Then came a shift in corporate strategy and a number of layoffs that have left people in the comedy world concerned about the future of a network that made stars of Dave Chappelle, Stephen Colbert, Jordan Peele, Jon Stewart, John Oliver, Jimmy Kimmel, Samantha Bee, Ilana Glazer, Abbi Jacobson, Amy Sedaris and Amy Schumer, among others.

In the last six months, many of Comedy Central’s senior executives have been pushed out. In the last week of April, most of the network’s talent and development team was let go, too.

Peter Principato, the chief executive of Artists First, a management company with clients like Awkwafina and Mr. Peele, said the cuts struck him as misguided. “That makes it feel like the end of Comedy Central,” he said.

The changes resulted, in part, from the merger of the network’s longtime parent, Viacom, and CBS. The deal was intended to save $750 million, much of it through job cuts, and reshape the company for a time when streaming is on the rise and cable is fading.

Robert M. Bakish, the former Viacom boss, became the chief executive of the new ViacomCBS when the merger closed in December. He installed Chris McCarthy, the president of MTV, as the head of a group of channels that include Comedy Central, MTV, VH1, Nickelodeon, TV Land and CMT.

With Mr. McCarthy’s arrival, the longtime Comedy Central president, Kent Alterman, was shown the door. A onetime film director — he made the Will Ferrell comedy “Semi-Pro” — Mr. Alterman was the rare cable executive who could make comedians laugh. He had also endeared himself to the talent by championing the network’s most influential series of recent years, “Broad City,” and other unconventional shows.

“Kent was kind of the mentor and really the tastemaker there,” said Anthony Jeselnik, a comedian whose Comedy Central talk show, “Good Talk,” was canceled last month.

In recent months the network has started to shift its focus away from scripted programs like “Inside Amy Schumer” and “Broad City” toward unscripted fare that was cheaper to produce, according to three people with knowledge of the strategy.

Last month, ViacomCBS gutted Comedy Central’s talent and development team, the division responsible for building programs around comics who showed the potential to become household names. Roughly 20 people of a team of 30 departed. Sarah Babineau, a champion of risky shows who had assumed many of Mr. Alterman’s duties, will also leave the network.

“To take out two-thirds of a department without an exit strategy seemed a little abrupt,” Mr. Principato said. “And not very strategic.”

ViacomCBS executives believed the changes were necessary because the old way of running a cable network no longer made sense.

“Merging organizations is a difficult process, and doing so within a global pandemic makes it more complicated,” Mr. McCarthy said in a statement. “That said, it’s necessary to move from a cable-centric structure to a fully integrated organization with creative, cultural and commercial hits at the center of everything we do.”

A Bleak Time for Comedy

More than a dozen executives, producers, managers and comedians who have worked on Comedy Central projects said the new strategy could sap the network’s creative firepower and leave it less likely to serve as a breeding ground for comedy-geek favorites like “Key & Peele,” the sketch show starring Mr. Peele and Keegan-Michael Key, and “Strangers With Candy,” the absurdist series built around Ms. Sedaris.

Mr. McCarthy appears to be following a strategy that served him well at MTV. When he took over that network in 2016, he mined its past to create its future, with reboots of “Jersey Shore,” “The Hills” and “Total Request Live.” A glance at MTV’s current schedule reveals marathons of “Ridiculousness,” “Jersey Shore” and “Catfish: The TV Show.”

It worked. During Mr. McCarthy’s tenure, MTV’s ratings went up.

While Comedy Central’s signature program, “The Daily Show,” has remained relevant with Mr. Noah at the desk, and the new sitcom “Awkwafina Is Nora From Queens” has scored good ratings, the network’s schedule is heavy on reruns of one of its longest-running hits, “South Park,” and old shows like “The Office” and “Parks and Recreation.” That lineup may not give the world the next Chappelle or Sedaris, but viewership totals for the network have trended upward in recent months.

“We remain deeply committed to our talent and partners as we work together to grow existing hits and develop new ones that define culture across adult animation, scripted series/original movies and topical shows — the hallmarks of the Comedy Central brand for almost 30 years,” Mr. McCarthy said in his statement.

The changes at the network have come at a bleak time for comedy in general. Standup comics, talent managers and club owners are worried that the touring business, wiped out by the coronavirus pandemic, may never be the same. Making the situation more grim is what they see as the diminution of a network that was once at the center of the comedy universe.

It is also a challenging time for cable, however. While the pandemic has led to increased viewing, it has also shut down production. And even before the world changed, Comedy Central, like other cable and network channels, was fighting to stay relevant.

Streaming has been on the rise for a decade, and the number of streaming subscribers around the world (613 million) surpassed the number of cable subscribers (556 million) two years ago, according to the Motion Picture Association of America. The change in viewing habits set off a scramble in the media, tech and telecommunications industries. The Walt Disney Company and AT&T bulked up in mergers. Along with Comcast and Apple, they also rushed to build streaming services.

At the same time, Netflix moved in on Comedy Central’s turf, spending millions to lock down Jerry Seinfeld, Chris Rock and Mr. Chappelle. The platform also took the star-maker role away from the network when it shined its spotlight on rising comics like Hannah Gadsby and Ali Wong.

Comedy Central hit a crisis five years ago, when a slew of high-profile departures — Mr. Colbert to CBS; Ms. Bee to TBS; Mr. Oliver to HBO; Mr. Stewart to scruffy semiretirement — caused a major setback. Philippe Dauman, a former Viacom chief executive, was blamed for not hanging on to Mr. Colbert and Mr. Oliver.

Since then, the network has been unable to find anyone to hold down the post-“Daily Show” time slot once anchored by Mr. Colbert. His replacements have included Larry Wilmore, Jordan Klepper and David Spade. After saying buh-bye to Mr. Spade’s short-lived talk show last month, the network extended Mr. Noah’s half-hour to 45 minutes.

“The Other Two” made its debut last year to rave reviews, showing that the network still had some creative fight — but its low ratings were evidence of the risks inherent in waiting for viewers to discover something new when there are more shows than ever.

In a mediascape dominated by streaming, Comedy Central could become more of a feeder to the platforms. ViacomCBS recently made a deal to sell the “South Park” library to HBO Max for a reported $500 million. And the company has engaged in talks with several streaming services, including HBO Max, about selling some current series and library content, according to two people with knowledge of discussions.

ViacomCBS has its own streaming service, CBS All Access, the home of “Picard,” a new “Star Trek” series, and a rebooted “Twilight Zone” that has Mr. Peele as an executive producer, but the company has favored a strategy of providing content to other platforms. Paramount Pictures, a ViacomCBS property, made a deal with Netflix to release “The Lovebirds,” a comedy that came out last month starring Kumail Nanjiani and Issa Rae.

Meghan Hooper White, formerly an executive at A&E Networks, has been put in charge of a team to make original films for the cable networks controlled by Mr. McCarthy. ViacomCBS will also bring aboard executives with a comedy background to work across those networks and lure established comedy stars to Comedy Central, according to a person briefed on the company’s plans.

Brian Stern, a manager for AGI Entertainment who represents Ms. Bee and Colin Quinn, said: “They made a big mistake with the executives they let go. That’s the unfortunate part. They have great taste, and they are wonderful with talent.”

“Who’s to say what happens with Comedy Central?” he added. “I can’t see them being the network that they were.”

Amy Zvi, a manager who has worked closely with Comedy Central, said: “The comedy community is a small one, and any significant change touches everyone. My hope is that resilience wins in the end.”