As Death Toll in Nursing Homes Climbs, Calls to Redesign Them Grow 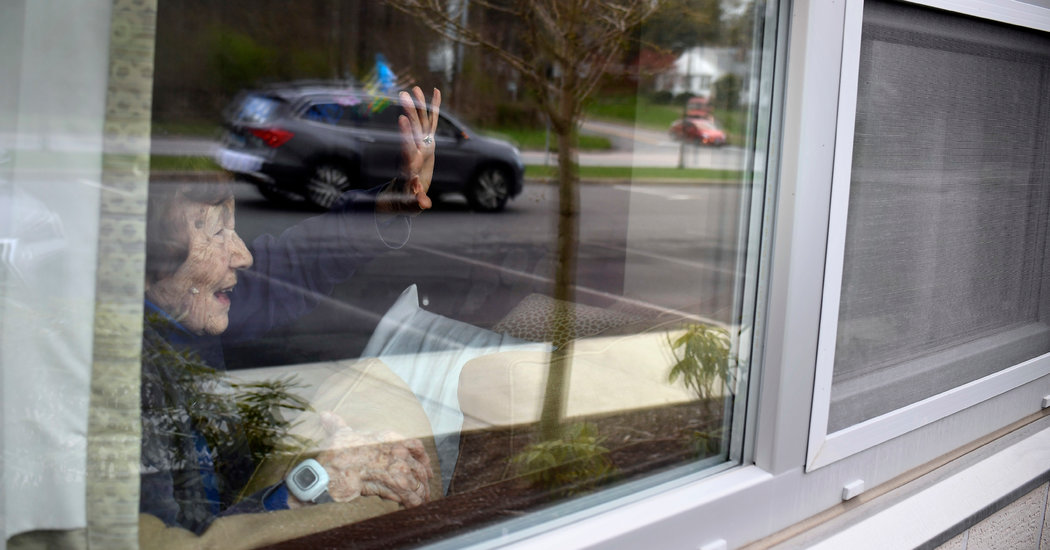 In New York State, a pandemic hot spot, “why are we seeing such a high rate in nursing homes?” asked Richard J. Mollot, executive director of the Long Term Care Community Coalition, an advocacy group for residents. “Maybe it’s because some nursing homes are so big.”

Many of the 15,400 nursing homes across the country are laid out like hospitals, and some house hundreds of residents. Most rooms are double occupancy, but some have three or even four residents.

Before the pandemic, a movement under the banner of “culture change” was challenging this institutional model, calling for dividing up large nursing home populations into small, self-sufficient units with kitchens, private rooms and a dedicated staff.

“Rather than a long hallway with 40 rooms and 80 or more residents, you have these spots with more like 16 residents,” Mr. Mollot said.

This type of arrangement has been set up in multistory buildings with, for example, a couple of households per floor and in single-story purpose-built structures with homelike interiors.

But this model can be more expensive. Households with private rooms take up about 10 percent more space than conventional interiors with shared rooms and cost $15,600 more per bed, said Perkins Eastman, an architecture firm with an active health care facility practice.

The cost of building a skilled nursing facility in the last 10 years ranged from $223 to $361 per square foot, according to data based on an index of 100 cities compiled by the National Investment Center for seniors and Housing Care, one of the main data service providers for the elder care industry.

So far, an estimated 10 to 15 percent of nursing homes in the United States are set up this way. This smaller-is-better approach arose out of a concern for residents’ privacy and dignity, but evidence is emerging that it may also be helping with infection control.

A private room or even an entire household can be closed off more easily, keeping out or confining viruses. Staff members who are focused on a small number of residents may be more likely to pick up on warning signs, such as a lack of appetite, that someone is sick. The preparation of food and laundry in a household — rather than in central facilities and then distributed — also eliminates a few of the ways diseases can infiltrate.

No design, without accompanying operational measures, is a bulwark against disease, and studies have yet to be done comparing the number of cases and deaths at small-house nursing homes and those at conventional ones. But anecdotal reports suggest that private rooms may be having more success at keeping the coronavirus at bay.

That is the conviction of the Green House Project, a nonprofit organization that oversees 266 small-house nursing homes. Of the 243 projects that supplied data in early May, eight reported having cases of Covid-19, the disease caused by the coronavirus, and there were no deaths, said Susan Ryan, the organization’s senior director.

“From a design perspective, this has only reinforced what we thought was a good idea,” she added.

The Department of Veterans Affairs began embracing a small-house model in 2011; now, 13 of its 134 nursing homes are organized around communities of 10 to 14 residents. In these settings, only a single veteran has tested positive for Covid-19, Christina Noel, a V.A. spokeswoman, said in a statement.

Private rooms have made a “huge” difference in the ability to control the virus at Jewish Senior Services, a four-story building for skilled nursing and assisted living in Bridgeport, Conn., said Andrew H. Banoff, president and chief executive of the organization. There are 330 residents divided into households of 14 residents each.

“When somebody is diagnosed, their door is closed,” Mr. Banoff said. Signs are posted and safety gear is placed outside the door so that staff know to suit up before entering.

Still, the coronavirus has cropped up in eight of the 23 households, 15 residents have died, and four staff members have been hospitalized, he said.

Administrators of nursing homes large and small, as well as the architects who renovate and design their facilities, expect to zero in on disease control in the future as a result of the pandemic. Air circulation and filtration will be scrutinized when heating, ventilation and air conditioning systems are planned, they said.

“I’ll be paying more attention to the HVAC piece of it,” said John Shoesmith, a Seattle architect who specializes in senior living design.

The Facility Guidelines Institute, which writes planning and design standards that are adopted in most states and by federal agencies, set up a task force this month to make recommendations for how health care facilities can cope during emergencies. Douglas S. Erickson, the institute’s chief executive, said the task force would produce a white paper for public review by the end of the summer and publish new standards in January 2022.

But some providers are not waiting.

Evermore Senior Living is wrapping up construction on the first of 12 small houses for assisted living and memory care in Woodbridge, Va. Dave Risi, the owner operator, said the first building, which will contain three households of eight residents each, will open in July. Because of the coronavirus, he is now ramping up air filtration.

Mr. Risi already had high-efficiency particulate air filters, commonly called HEPA filters, which can trap bacteria and other particles. Because of the coronavirus, he is now adding ultraviolet light filters that can kill airborne viruses.

Nursing home providers and their architects are also talking about easy-to-clean, nonporous surfaces; antimicrobial materials, like copper, for “high touch” features such as hand railings; and voice- or sensor-activated controls for doors, lighting, curtains, faucets and toilets.

Even as they battle the coronavirus, some nursing home administrators are reassessing renovation plans that were in the works when the virus hit.

Andrus on Hudson, a nonprofit senior care community in Hastings-on-Hudson, N.Y., had hired Amenta Emma Architects to help with a renovation. Now James Rosenman, the chief executive, is talking to the designers about the possibility of installing modular walls so that resident rooms can quickly be reconfigured in a crisis.

“It’s always been, ‘Do we need to move the person?’” Mr. Rosenman said, referring to how ill residents have been moved to isolation areas during the pandemic. “Maybe we can change the rooms instead.”

What is designed and built will depend on funding, of course. And nursing homes traditionally operate on the thinnest of margins.

Most nursing home residents have their care paid for by Medicaid, according to the American Health Care Association, a provider group, but the health insurance program for the poor “is notorious for underfunding,” said Holly Harmon, vice president of quality, regulatory and clinical services, in a statement. The Trump administration recently proposed changes to the program that would allow states to cap Medicaid spending.

Then, too, there is the danger of designing for the current health care crisis when no one knows what the next one will bring.

Still, many in the senior living sector hope the pandemic will spur a reckoning about design.

“If we don’t see change in the nursing home market now,” said Jane Rohde, principal at JSR Associates, a design and health care consultancy in Catonsville, Md., “I don’t know when we will.”