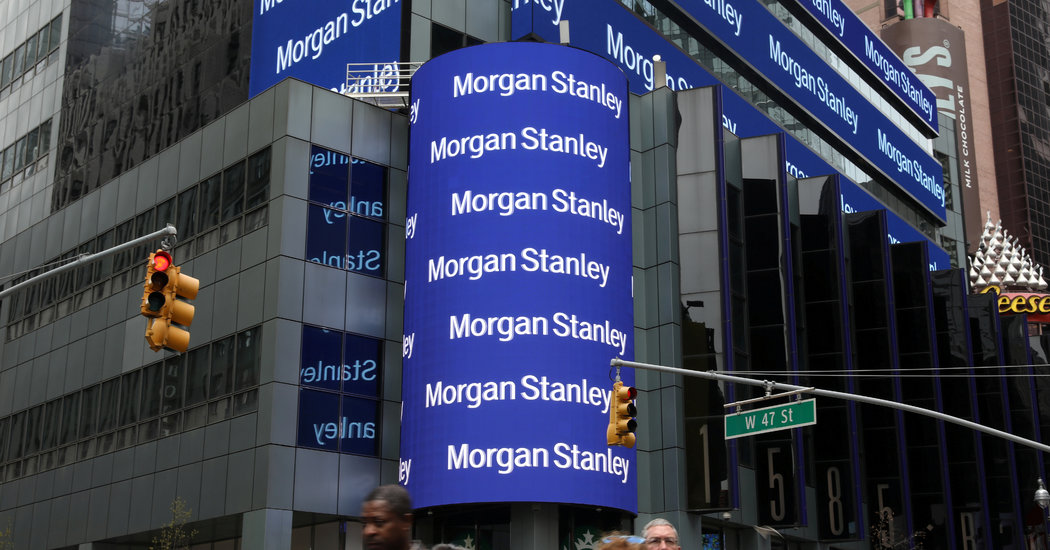 Eight major financial-services firms are borrowing money from the Federal Reserve, a day after the central bank urged them to tap its short-term funding facility to make it easier for credit to continue flowing through the economy, as the coronavirus pandemic continues to roil markets.

Morgan Stanley was the first within the group to tap the Fed’s so-called discount window on Monday, according to three people familiar with the matter. Other banks, including Goldman Sachs and JPMorgan Chase — all members of the Financial Services Forum, an industry trade group — are expected to borrow as early as Tuesday, the people said.

“While forum member institutions individually have substantial liquidity and multiple sources of funding, they believe it is important to lead by demonstrating the value of the Federal Reserve’s discount window facility,” the group said in a statement late Monday.

That group action is in response to direct encouragement from the Fed, which had urged banks on Sunday to act to destigmatize the use of central bank funding at a tumultuous time. Since the virus first began infecting Americans, all three major stock indexes have experienced protracted drops, and investors have begun to worry about companies’ access to cash and credit.

The discount window provides loans to banks, and can help to stave off a cash crunch stemming from the financial sector. While it is meant to be a crucial tool for combating market stress, it has for decades carried negative connotations, prompting banks to avoid borrowing from it out of fear that doing so will make them look as if they are on shaky footing.

During the early days of the 2008 financial crisis, that stigma proved to be such a turnoff that the Fed had to open a special facility and auction off loans in order to provide liquidity to flailing markets. The Federal Reserve Bank of New York has found that during the 2008 crisis, banks were willing to pay almost half a percentage point more to borrow from other sources — and once Lehman Brothers crashed, that premium jumped to 1.26 percent.

This time around, the Fed seems determined to get banks to borrow at the discount window. Central bank officials on Sunday slashed the interest rate charged on discount window loans and extended the loan periods, efforts aimed at making the option look like an attractive source of funding rather than a last-ditch act of desperation.

The need to destigmatize lending through the discount window had become more urgent in recent days because companies are increasingly finding it difficult to borrow short-term funds that they use for various expenses such as payroll and rent. If banks can tap the Fed without hesitation, it could send a signal that they can continue lending to companies, shoring up confidence in the market and preventing everyone from rushing to withdraw money at once.

Morgan Stanley moved ahead of its peers in using the discount window on Monday, but there is no indication that the bank is in financial distress, two of the people familiar with the matter said. One of those people added that the bank didn’t realize it was acting alone on Monday, and that its move might have stemmed from miscommunication with the other firms. It’s the first time a bank designated a “systemically important” has tapped the discount window since the financial crisis.

Press officers with Morgan Stanley and the Fed had no comment on Monday evening.