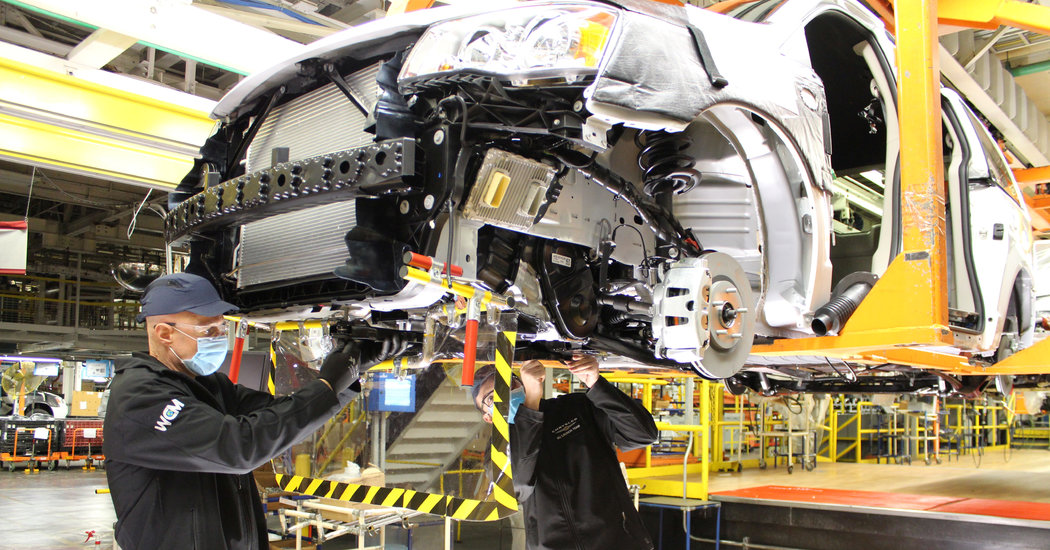 Robert Watkins, a production supervisor at a manufacturing company in New Hampshire, is among those buying a used car. Because of the virus, he and his wife had to cancel a trip to Germany this summer, freeing up some cash.

“So I thought, I should probably get a better car,” Mr. Watkins said. Last week, he traded in his beat-up Hyundai Accent with 163,000 miles for a 2017 Volkswagen Golf SportWagen with almost every option imaginable.

So far, production appears to be ramping up with few major disruptions. Ford said it now expected to have all its U.S. plants back on normal shift schedules this Monday, two weeks sooner than expected. G.M. has returned all of its truck and S.U.V. plants to three shifts a day, and most of its other plants are on the schedules they were on before the pandemic took hold. Ninety percent of the company’s hourly workers are back to work, the company said.

Honda, which makes cars in Alabama, Indiana, Ohio, North Carolina and South Carolina, said it had planned to halt production for three days at the end of June as part of the July Fourth holiday but would now keep its plants running.