As States Push to Reopen, Business Leaders Say Not So Fast 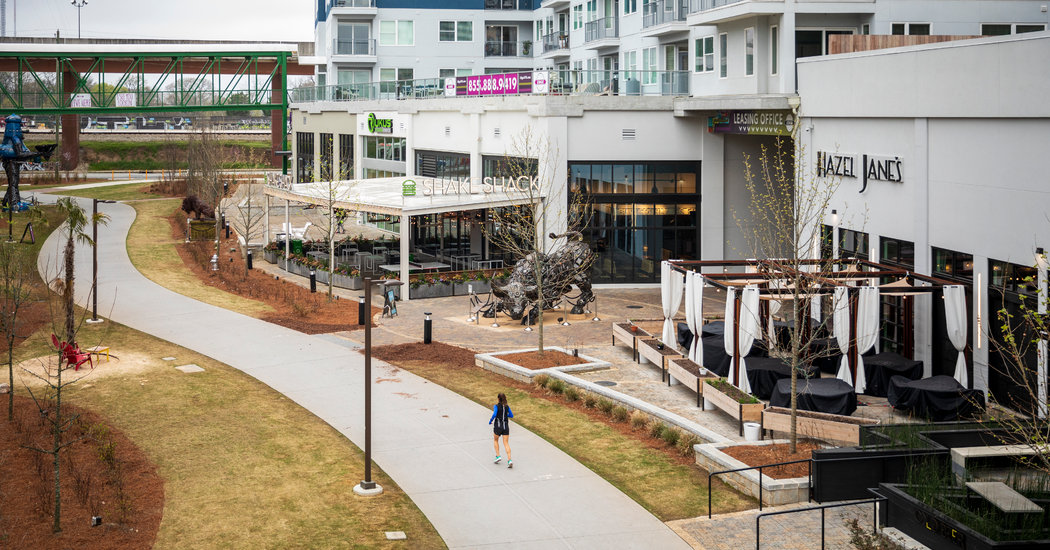 Companies in a handful of states have begun taking tentative steps to reopen stores, offices and factories that were closed by the coronavirus. Yet as the first employees and customers return, interviews with roughly 30 major employers show that businesses are confronting deep uncertainty, and many say it is simply too soon to come back.

Across the country, businesses are confronting a patchwork set of regulations that vary from state to state, and industry to industry. Government officials are sending mixed messages about who should open. The thousands of companies that never shut down — like pharmacies, grocery stores and auto repair shops — are using different techniques to promote social distancing and ensure good hygiene. And some businesses that could be getting back to work are declining to do so, fearful that reopening too soon could fuel a new wave of infections and lead to another round of closings.

“Shutting down was hard, but opening up is going to be harder,” said Rich Lesser, chief executive of the Boston Consulting Group. “This is the multi-trillion dollar question.”

Governors in states like South Carolina and Georgia have encouraged businesses to reopen in recent days. Dick’s Sporting Goods, which had shut all its locations around the country, reopened its 12 stores in South Carolina last week.

But others, both large and small, were more cautious. Coca-Cola, an influential mainstay of Atlanta’s business community, said last week that most of its office workers would continue to work remotely for the time being. Life Time, a chain of gyms that had planned to open its six locations in Georgia on Friday, reversed course.

“I can’t risk the health of the members at the risk of the community for the sake of them pumping some iron,” Bahram Akradi, Life Time’s chief executive, said.

But in Tennessee, which is loosening restrictions, Volkswagen has called 3,800 employees back to work at its plant in Chattanooga starting May 3 after spending weeks putting new health and safety measures in place, making the company one of the first major automakers to restart manufacturing since much of the industry shut down.

And in Washington State, Boeing reopened a factory that had closed after several workers fell ill with the virus. About 27,000 Boeing employees returned to their jobs last week, working in staggered shifts in facilities outfitted with hand washing stations, cleaning supplies and signs and floor markings reminding them to keep their distance from one another. Some employees were being asked to submit to voluntary temperature checks, and those who need it will be provided with protective gear.

Many companies that could have workers in the office are choosing to keep them at home. At Morgan Stanley, which as a bank is designated an essential service, more than 90 percent of employees are working remotely. Gap Inc., which also owns Banana Republic, Athleta and Old Navy, said that it did not have plans to reopen stores in South Carolina, Georgia and Tennessee in coming days.

“Taking care takes time,” Gap’s spokeswoman, Sandy Goldberg, said in an email. “We are closely monitoring the situation and will open our stores when we feel it is safe to do.”

A chief concern among corporations is that in reopening too soon, they could contribute to the spread of the virus, potentially triggering another round of business closures in the weeks or months ahead.

“It’s hard enough to shut an economy down once,” Mr. Lesser said. “Having to do it twice carries far greater damage.”

For companies considering reopening locations that have been closed, the complications are daunting and complex. They need only look at businesses that have remained open for a glimpse of the challenges they would face.

Home Depot distributed thermometers to its store workers and is asking them to take their temperature before they arrive for work, and to stay home if they have a fever. McDonald’s is having restaurant workers sign waivers certifying that they are healthy before starting a shift. CVS and Goldman Sachs said they were looking into screening their employees for the virus, but couldn’t get access to tests, and didn’t want to jump ahead of health care workers.

Among the biggest hurdles to a broader reopening of the economy was the continued need for more testing. On a call this month between Mr. Trump and business leaders, several chief executives, including Jeffrey P. Bezos of Amazon, said that more testing was needed before the economy could reopen.

With the availability of tests still badly lagging, many of the country’s largest employers are declining to restart operations even when they can. General Motors, Ford Motor and Fiat Chrysler — which voluntarily closed factories — have not yet called factory workers back, and continue to negotiate with the United Automobile Workers union over safety measures.

Macy’s and other department stores remain closed, with no immediate plans to reopen in states that are lifting restrictions. Movie theater chains like AMC have no intention of opening soon in those states, either. At JPMorgan Chase, deemed an essential service provider, executives have not yet set a timetable for returning remote workers to corporate offices in New York and other affected cities.

Virtually every restaurant owner in the United States — from Michelin star chefs to fast food executives — is wrestling with how to make dining rooms safe when they do eventually reopen.

Some owners are planning to install plexiglass barriers between booths. Others are focused on creating safe passageways through their restaurants, separating the exit from the entrance so that customers do not brush past each other on the way in or out. Still others are turning to paper menus and disposable cutlery.

“It’s a heavy lift to open back up,” said Larry Lynch, senior vice president of science and industry at the National Restaurant Association. “It’s not just flip the switch and we’re open.”

McDonald’s has shut its dining rooms across the country and had no immediate plans to open them in states where governors are calling on businesses to reopen. Instead, the company is sticking with drive through, delivery and take-out service for now.

McDonald’s said it was distributing more than 100 million masks to employees, and is having workers wear gloves, wash their hands more frequently and monitor their own health. Senior executives are meeting “three times a day to evaluate policies and procedures,” and the company has formed “a task force with franchisees to evaluate the reopening of the dining rooms.”

Restarting operations is likely to be a monthslong process for most companies that will proceed in fits and starts.

Having delayed plans to reopen his six Atlanta-area locations in Georgia, Mr. Akradi, the chief executive of Life Time, is planning to distribute questionnaires to its members to get a better sense of their interest in returning to the gym.

“We want to do it when it’s totally safe, when the customers feel safe,” Mr. Akradi said. “If they feel like we’re being irresponsible, then we have damaged our brand.”

To prepare for locations to reopen, Mr. Akradi is equipping employees with masks, rags, and cleaning products. In addition, he is awaiting the arrival of 12,000 antibody tests to offer to the company’s 38,000 employees.