As the S&P 500 wobbles, so do Donald Trump’s approval ratings 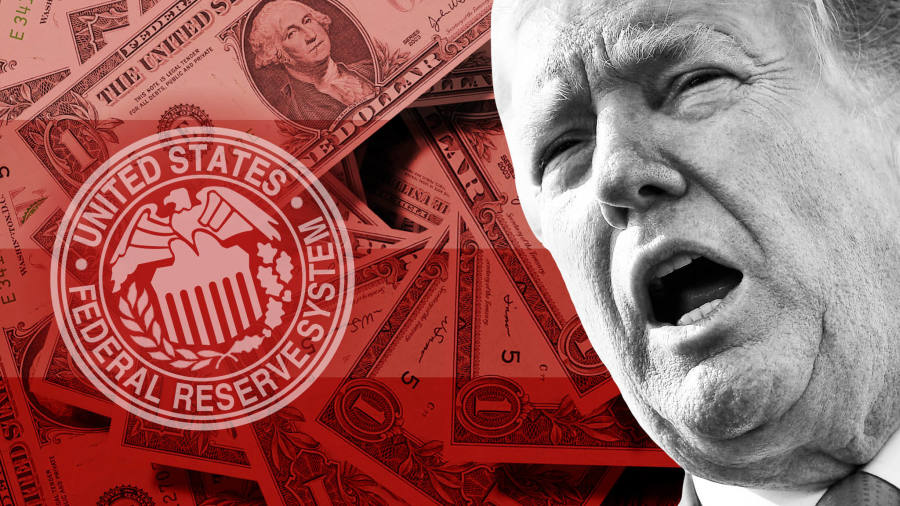 US president Donald Trump likes to use the stock market as a report card for his presidency. As such, the sharp plunge in the S&P 500 index from the effects of the coronavirus and the tumbling oil price could bode poorly for his approval ratings.

Analysts at Barclays point out that Mr Trump’s popularity since his presidency began in January 2017 has closely tracked the performance of the large-cap benchmark. For much of last month Mr Trump had an approval rating of about 46 per cent, peaking at 46.3 on February 26.

But by the end of last week it had dipped below 45 per cent, according to RealClearPolitics. Over that 10-day period, as the global fallout from the viral outbreak intensified and cases ballooned in the US, the S&P dropped sharply.

Barclays analysts added that the fall in the stock market could prompt Mr Trump to “do his best to boost the economy ahead of the election”. This includes applying further pressure on the Federal Reserve, which he has repeatedly lambasted for failing to keep up with rate cuts in Europe and elsewhere. Last week the Fed made an emergency cut of half a percentage point, just after Mr Trump had implored it to “cut rate big”.

If stocks keep tumbling Mr Trump could be in danger, said Danny Yong, chief investment officer at Dymon Asia Capital, a Singapore-based asset manager. “Covid-19 could well be what trumps Trump and causes him to lose the 2020 elections for being ill-prepared and complacent, and for not sufficiently protecting American lives when he had the chance to,” he said.