Ashmore loses a fifth of its assets in first quarter 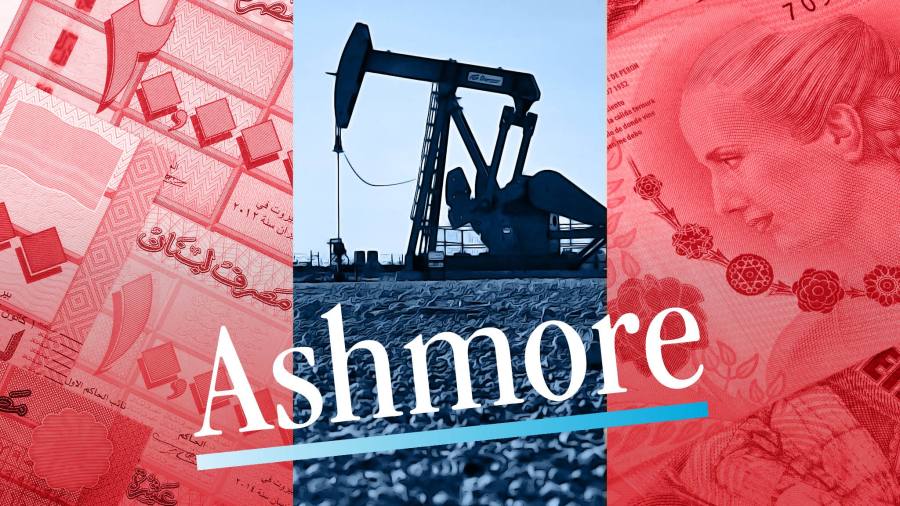 Emerging markets fund manager Ashmore lost more than a fifth of its assets in the first quarter as the coronavirus crisis sent stocks and bonds in the developing world into free fall.

London-based Ashmore said its assets under management reached $76.8bn at the end of March, down from $98.4bn at the end of 2019. In a trading update on Thursday, it said that the falling value of its investments accounted for $18bn of the loss, while investors withdrew another $3.6bn from Ashmore’s funds.

Emerging market assets plunged in March as investors worried that the spread of coronavirus could trigger a credit crisis in the developing world, where many governments have feasted on cheap debt over the past decade.

At the same time, tumbling oil prices have weakened the finances of a host of developing nations dependent on commodity exports. Last month, investors yanked $31bn out of emerging market debt funds, the highest total since October 2008, according to the Institute of International Finance.

On top of a broad sell-off in emerging markets, Ashmore has been stung by a string of bets on countries that have run into trouble. It bought heavily into Lebanon’s short-term debt ahead of the country’s first-ever sovereign default in March.

Ashmore’s short duration debt fund also counts bonds issued by Argentina and Ecuador among its top holdings. Both countries are in the midst of restructuring their debts. Outflows from the short duration fund accounted for the majority across the group, Ashmore said.

Mark Coombs, Ashmore’s chief executive, said the company was taking advantage of beaten-down markets to pick up cheap assets. “Longer term investors recognise that reducing risk now, after a severe correction, crystallises mark-to-market positions and so instead are rightly taking stock to identify the optimal way to capture the significant recovery upside available over the next 12-24 months as the global economy resets.”

While there was “considerable short-term uncertainty” surrounding the pandemic and its economic impact, emerging economies should benefit from a long period of massive monetary stimulus in the developed world as policymakers seek to cushion the impact of coronavirus, Mr Coombs said.

Ashmore said it had no debt and £400m of cash, adding that it was confident its business continuity plan would enable it to maintain daily operations despite the downturn in markets.

Ashmore’s shares edged up almost 2 per cent on Thursday morning. They have lost more than a third of their value so far this year.

Last month, Europe’s asset management industry suffered its worst month for outflows since the global financial crisis, according to analysts at UBS.